VIDAR RISETH has warned Celtic that Europa Conference League rivals Bodo/Glimt will show them no respect over the two ties when they meet in February.

The Norwegian shock squad emphasised their outlook when they inflicted a spectacular 6-1 thrashing to Jose Mourinho and his Roma stars in October, as CQN reported yesterday.

The self-appointed ‘Special One’ was left speechless as the upstarts romped to victory over his demoralised Serie A aces and the Portuguese coach had to endure watching one of his team concede six goals for the first time in over 1,000 games. 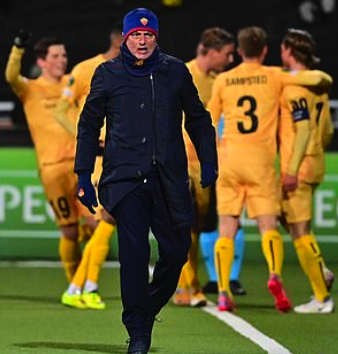 NOT SO SPECIAL…Jose Mourinho can’t bear to look as the Bodo/Glint players celebrate one of their six goals against Roma.

In-demand coach Kjetil Knutsen led his side to a 2-2 draw in the Italian capital a month later and guided the minnows to their second successive Eliteserien title at the weekend.

Former Hoops defender Riseth, who spent two years at Parkhead after being signed by Josef Venglos in September 1998 from Austrian club LASK Linz, is an admitted admirer of Bodo/Glimt’s carefree attacking style which would suggest the two confrontations against Ange Postecoglou’s men will not end goalless.

The ex-Norwegian international utility player said: “They are playing offensive 4-3-3 football and you might be better asking Mourinho what he thinks about them.

“When they played against Mourinho’s team, they had no respect for them. They just played brilliant football and they were also good in Italy.

“In the 6-1 game, Mourinho said beforehand that he had watched Bodo/Glimt on tape and he knew they were going to meet a good team. But even then he was really surprised by everyone.” 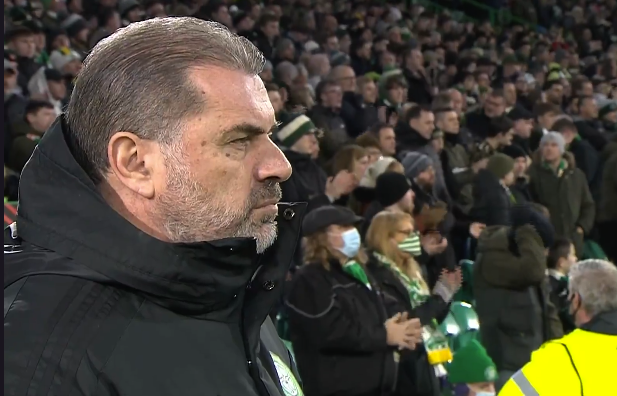 Riseth, speaking to the Daily Record, added: “Bodo/Glimt is the new Rosenborg of Norwegian football. They have been playing so well in the past two years and have a coach who is terrific.

“He’s been building up an amazing team and they are so good. It’s a dream to watch because they are dangerous. I like the offensive play.

“They have many young players, yet many are into the national team with Norway and, at the moment, they have no respect for anyone when they go out onto a pitch.

“They feel they can beat anyone.”

The first leg is due in Glasgow on Thursday February 17 with the return in Norway a week later.