CELTIC legend Roy Aitken insists Kristoffer Ajer is “an exciting talent” who should not be in too much of a rush to quit the nine-in-a-row champions.

The skyscraper Norwegian international has been linked with a big-money summer move and all sorts of clubs ranging from Italian giants AC Milan to Brendan Rodgers’ Leicester City have been reported to be monitoring his situation.

Ajer, who was brought to Parkhead by his fellow-countryman Ronny Deila in a £750,000 switch from FK Start in 2016, has established himself in the hearts of the Hoops rearguard in recent seasons.

He made 48 appearances last season, just two behind marathon man Callum McGregor and one short of skipper Scott Brown.

Ajer, who has two years left on his current contract, looks like being another crucial component in the title kings’ defence, especially with the club allowing Jozo Simunovic to leave at the end of his deal when they could have activated a 12-month option clause.

Aitken, speaking to the Mail on Sunday, said: “At Celtic, there is so much there for him in terms of learning the game.

“He’s a key part of Neil Lennon’s team. Since moving from midfield back into defence, he has really started to learn the defensive discipline of the position and that ability to carry the ball out from the back is such an incredible asset.

“There is no question he has all the hallmarks of the modern centre-half. That ability to come forward from defence and get an attack going is a real string to his bow, while his athleticism is also very much in keeping with what is needed now in modern football. He is an exciting talent. 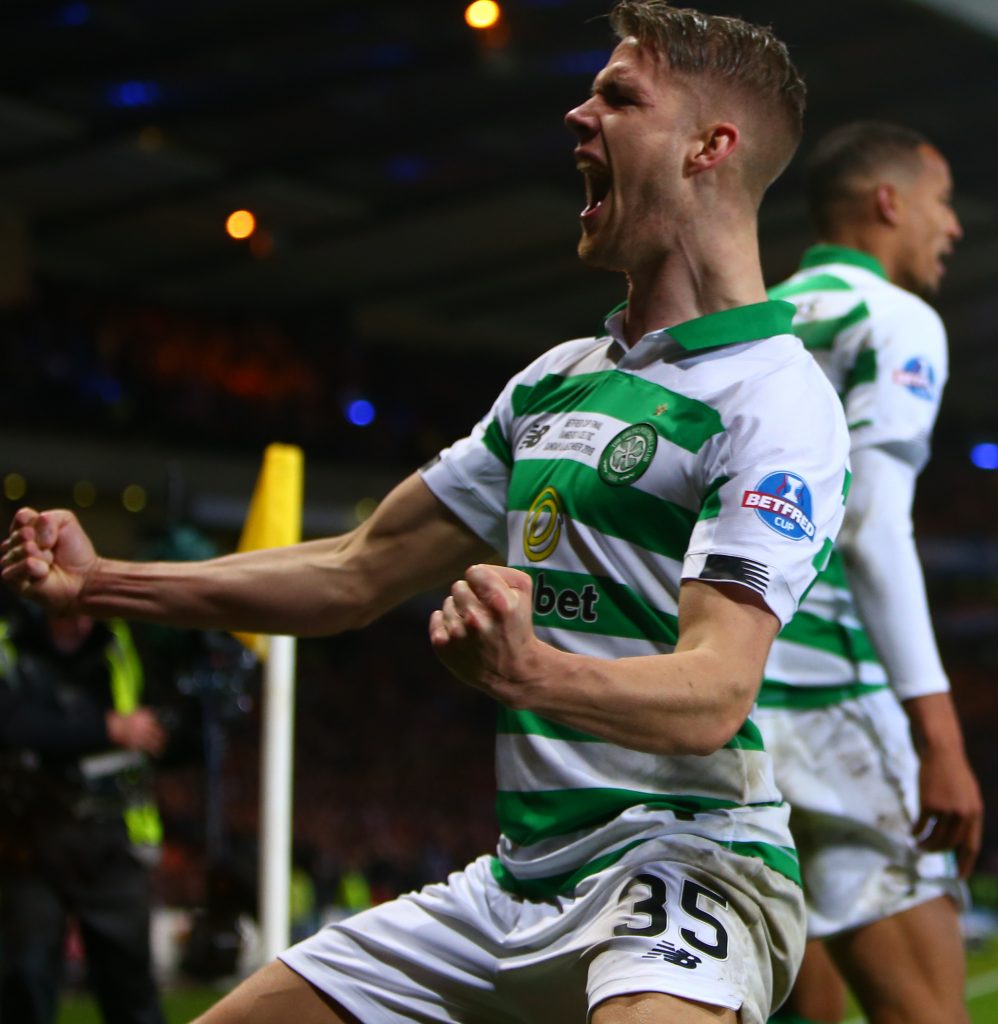 “But, at Celtic, he also has the opportunity to go and play European football and to be at a club where there are demands and pressures on him every single week. That is huge in terms of making sure you are always learning and always having to be on it.

“You don’t tend to get away with a poor game at Celtic. He is developing all the time.”

Aitken, who won six titles, five Scottish Cups and a League Cup during his Parkhead career and is now a Club Ambassador, continued: “I think we can all appreciate Celtic’s business model and, ultimately, I am sure that the boy himself will have ambitions of going on to play in one of the major leagues,

“However, at 22, the most important thing for Ajer is that he needs to make sure that he is playing every week. He has already firmly established himself for his country and you can see even over the last few seasons just how much he has come on.

“I don’t think there would be anyone who would stand in his way at Celtic if there was an offer for him to go on and further his career.

“But, at the same time, there is no rush. The boy seems happy enough and he has certainly never made any public noises about wanting to leave. He definitely gives it his all in games and I think he gets the club.

“He will know more than anyone that if he keeps doing what he is doing then he’ll have a fair few choices on the table. But playing at Celtic and in front of 60,000 fans — when that’s allowed again and we’re back in normal circumstances — will definitely prepare him if he wants to go on and put further demands on himself.

“He will still have a few things to work on.”

Aitken added: “He seems like a mature boy. It definitely takes something to come to a foreign country as a youngster and be prepared to be patient, which is what he had to do.

“Another strong season at Celtic where he is going to be playing every week and potentially getting exposure against some top European teams can only be to his benefit.”