NIR BITTON insists Celtic are judged by standards that even the likes of Real Madrid and Chelsea would struggle to meet.

Ronny Deila has been under pressure since losing 3-1 in the League Cup semi-final to Ross County a fortnight ago and then following up with a 2-1 loss against Aberdeen at Pittodrie four days later.
The Hoops reached a Scottish Cup quarter-final tie against Morton after beating non-league East Kilbride 2-0 on Sunday, but the team’s performances have continued to be criticised.
Deila has already stated the back-to-back defeats left him feeling as “though the police are standing outside your door in the morning, waiting to take you in because you have done something criminal.”

Ahead of this afternoon’s visit of Ross County, where the four-in-a-row champions have the opportunity of opening up a three-point gap on the Dons at the top of the table, Bitton spoke about the constant strain of dealing with high expectations.

The 24-year-old Israel international midfielder said: “When you play for a club like Celtic you always have pressure on you. It doesn’t matter if it’s the Scottish league or European competition. 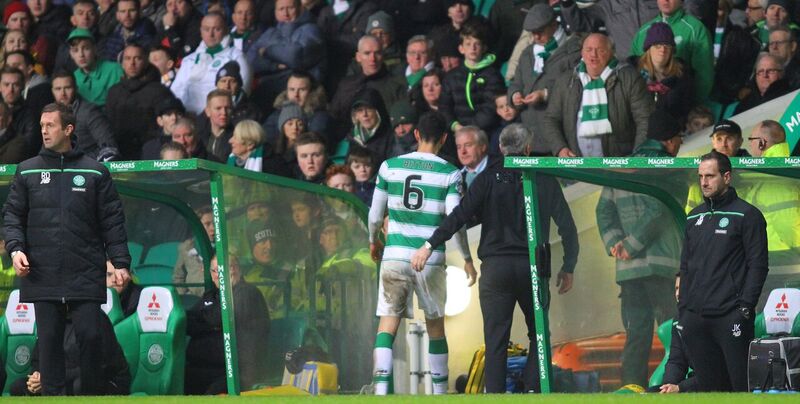 “It was a tough week, two disappointing results, first the semi-final then the Aberdeen game, but when you play for a club like Celtic you always want to win and bounce back.

“If you look at the biggest teams in the world, you always have tough times.

“If you look at Chelsea or Real Madrid, they don’t even win every game.

“Sometimes you have this kind of thing. The most important thing is to bounce back and win the next game.

“We always look forward, we have an important game on Saturday and want to win it.”

Bitton is looking to make up for the semi-final disappointment against the Highlanders. He added: “They played us in the semi-final and they beat us.

“It’s in the past now, we just want to win. This is a different game. I think, especially when we play at Celtic Park, teams play deeper and try to close the games.

“It’s very important for us to open the game, put pressure on them and play the way we want to play.

“Hopefully, we will put in a good performance and win the game.”

Bitton’s midfield colleagues Charlie Mulgrew and Kris Commons are both fit and available for selection.

We have reduced the price of a selection of our Celtic books on CQNBookstore.com
The Winds of Change and Caesar & The Assassin are reduced to £13.99 each, Seville The Celtic Movement and The Quality Street Gang are now only £9.99 each. The Jock Stein book, Willie Wallace & Tommy Gemmell’s books are all just £6.99 each.
Order ANY one of these and we’ll send you a copy of the 2015 CQN Annual absolutely free and we may add a wee something to enjoy when you’re reading!
Order now at www.CQNBookstore.com