Celtic Quick News on News Now
You are at:Home»Latest News»‘NONE’: THAT’S HOW MUCH CREDIT LENNY ACCEPTS FOR HOOPS’ 9 IN A ROW
By CQN Magazine on 1st December 2019 Latest News

NEIL LENNON insists he does NOT deserve any credit for Celtic’s achievements this season – so far.

The Hoops boss, preparing his players for today’s High Noon shoot-out in Dingwall against Ross County believes it is far too early to rest on the team’s laurels.

Instead, Lennon is concentrating fully on the task at hand with the Premiership tussle with the Highlanders the first of nine massive tests for the champions this month.

The Irishman guided the side to fours wins and a draw in Europa League Group E to guarantee top spot and a place in the knock-out stages of the competition next year. It was the first time in 16 attempts and 19 years in all European tournaments they have managed the feat.

The 3-1 victory over Rennes in the east end of Glasgow on Thursday night was the side’s ninth successive win in all competitions.

Lennon is delighted with their 13-point haul, especially with sides from two of the continent’s ‘Big Five’ in the section – Lazio, from Italy, and Rennes, from France.

In his first spell as gaffer, he matched Gordon Strachan’s achievement of making the Champions League last 16 seven years ago. 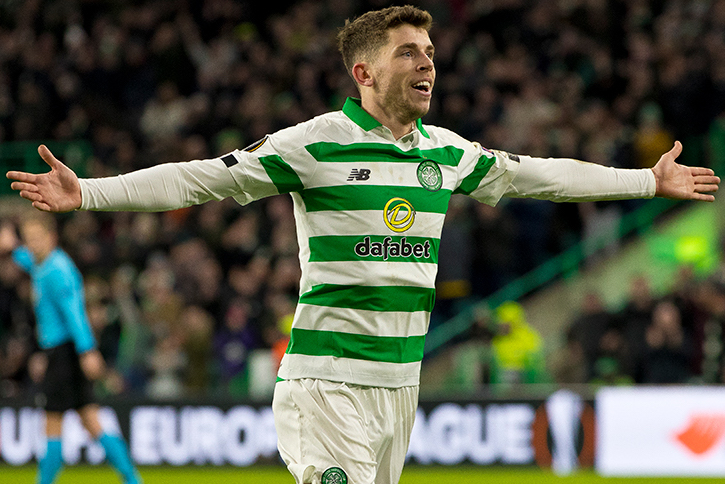 Lennon, speaking to the Sunday Mail, said: “It’s different quality of teams and quality of competition compared to 2012/13, although I’m not taking anything away from what we have achieved here.

“The quality of the performances has been really high. Lazio away, we could have folded. We went toe-to-toe with a side who are third in Serie A.

“We prevailed and we did it not just through good fitness levels, but quality of football. We got a lot from that.

“We really regarded winning our home games as essential to give us half a chance of qualifying, but they’ve gone on to draw away and win away, so we’re getting everything.”

Asked how much credit he gives himself, he replied: “None. We’ve done nothing yet. Yes, we’ve won the group and that’s great. But we don’t want to go out at the last 32, we want to keep this run going.

“It’s fantastic, though, that we’re even talking about it. When you looked at the group at the start, you’re thinking it will be tight, but we’ve absolutely nailed it.

“It’s all down to the players, they’ve been absolutely magnificent.

“February time is two or three months away, however, and a lot of things can happen in that time.

“So, we want to focus on that when it comes around. For now it’s all about domestic duties.”