Celtic Quick News on News Now
You are at:Home»Latest News»‘NONSENSE’: BITTON BITES BACK AT CLAIMS
By CQN Magazine on 4th December 2020 Latest News

NIR BITTON has claimed it is “nonsense” to suggest the Celtic players are not performing for manager Neil Lennon.

The Israeli international has been operating as a makeshift centre-back in the Hoops’ leaking defence that has conceded a ridiculous 27 goals in their past 11 games as they have claimed a mere two wins over the same disastrous sequence.

Bitton was left exposed on several occasions due to some erratic defending from his countryman Hatem Abd Elhamed, Kristoffer Ajer and Jeremie Frimpong as the Parkhead outfit squandered an early two-goal advantage to crash 4-2 to AC Milan at the San Siro last night.

The blundering rearguard, with keepers Vasilis Barkas and Scott Bain both culpable, have now conceded 17 goals in five Europa League Group H games – the worst record of any team in the tournament. 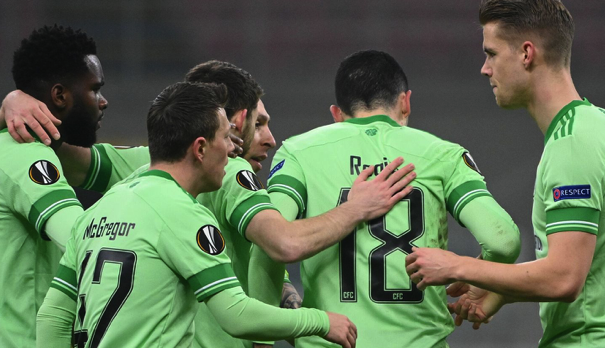 Boss Lennon has been under fire and there have been claims some of his players are not giving the Irishman their all in a season of turmoil for the champions.

However, Bitton, speaking to the Daily Mail, said: “We always play for the manager. It’s been that way for the seven years I’ve been here.

“It’s nonsense what is being said on the outside. I have never heard anyone say they are not playing for the manager.

“We all have a good connection with him. At the end of the day, we play for ourselves, as well. We play for our pride, our families and for the fans.

“We don’t like to get slaughtered. I don’t think we deserve it, after what we have done, especially in the last four years.

“But this is football. We need to look forward and create more happy moments for the fans and for the team. I have no doubt we will.’

Raging fans descended on Parkhead after Sunday’s Betfred League Cup flop against Ross County to demand the sacking of Lennon, but Bitton said: “This is none of our business. We don’t think about it.

“We are on a bad run of games right now, but we all support and play for each other, like it’s always been.

“Things will change. From the outside, it looks like something weird has happened, but that’s far from the case. 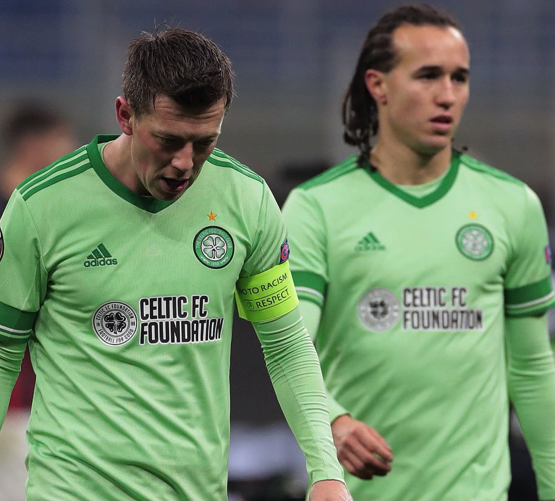 SORROW IN THE SAN SIRO…Callum McGregor and Diego Laxalt at the end of another loss.

“We win together and we lose together. The manager is the one who gets the stick, but we deserve it because we are not performing at the level we want to at the moment.”

Bitton added: “We need to defend better, not as individuals, but as a team. We conceded four goals and it’s not good enough at this level.

“It’s not good enough at any level.”

The versatile performer will be hoping the back door is closed for only the second time in 12 games when they face St Johnstone in the Premiership at Parkhead on Sunday.