Dedryck Boyata and Jozo Simunovic have been linked with other clubs while there were persistent rumours doing the rounds recently that Everton were prepared to splash £25million on Kieran Tierney.

The big Swede said: “I’m sure Brendan would rather be safe in the knowledge that a player will be at the club for the whole of the Champions League qualifiers for the next seven or eight weeks.

“You don’t want to lose a key player at this stage, particularly a central defender. They should be the rocks of the team.

“After the situation has been resolved – and you are either in the Champions League or not – then things become different.

“That’s when things can happen. Until then, you need everyone focused and alert.

“The same applied to Mikael Lustig, and I would imagine Brendan would want them back for the next tie. 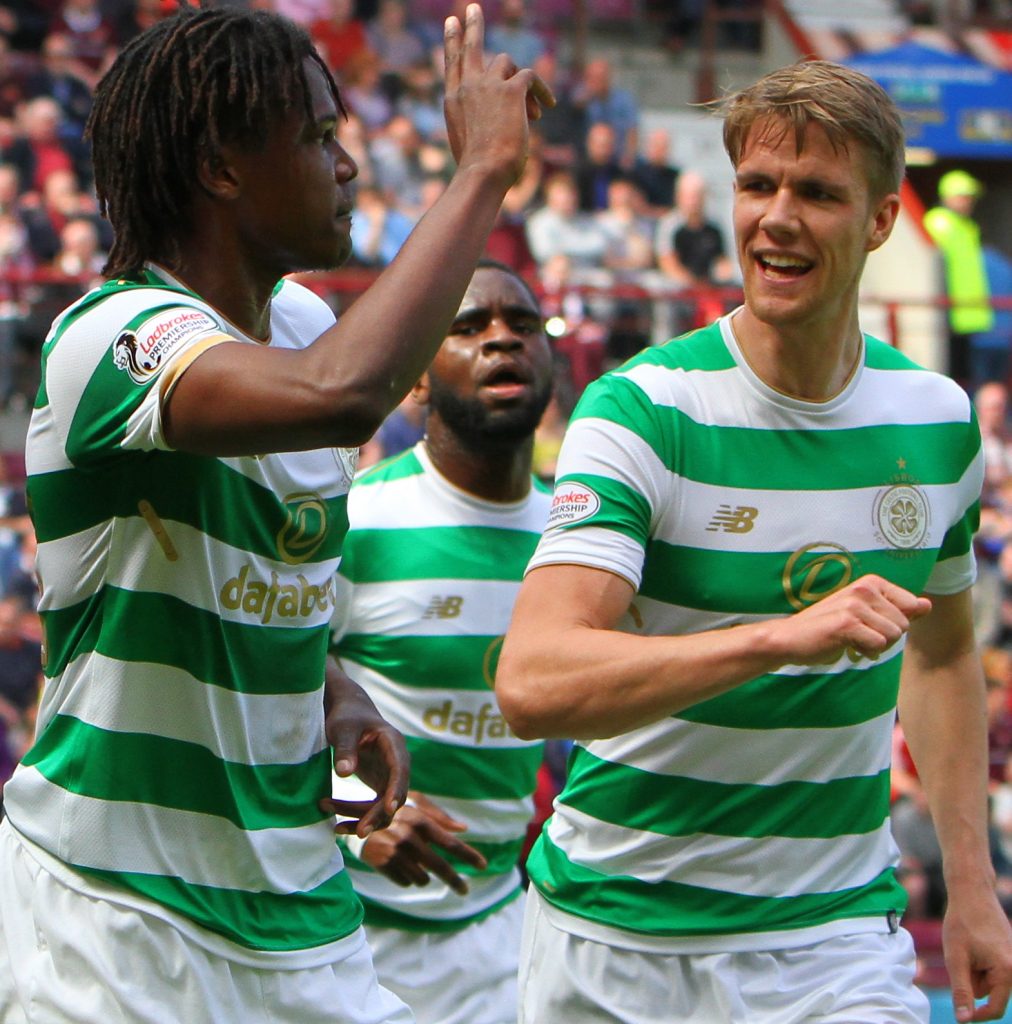 GOALDEN BHOYS…Dedryck Boyata is about to be congratulated by Kristoffer Ajer and Odsonne Edouard after scoring against Hearts at Tynecastle last season.

“But that is the team without 50 per cent of its first-choice defensive line-up. It’s hardly ideal.

“It is yet another downside to having to play qualifiers so early and I think it is all very unfair on Celtic.

“The champions of Scotland should be treated with more respect.”

Mjallby, who also had a stint as Neil Lennon’s assistant at the champions, was sacked as coach of Swedish outfit Gefle IF earlier this month.

However, looking at Celtic, he added: “I’m not surprised there is interest in Dedryck Boyata.

“I think he has really improved in the past 18 months, and you can see his reading of the game is good. He is also inclined not to take as many risks as he used to.

“His performances at the World Cup will also have enhanced his profile.

“I think he has been very solid at the heart of their defence and he played well against England.

“Of course, the negative to all of this, from the point of view of Brendan Rodgers, is that the player attracts attention.

“Yes, it may well increase his value in the transfer market, but Brendan, I’m sure, will not want to lose him.”