DEDRYCK BOYATA has insisted he NEVER went on strike at Celtic at the start of last season.

The Belgian international centre-back was accused of downing tools when the Hoops knocked back a £9million offer from Fulham on the Premier League deadline day.

Boyata had been late in returning to training after appearing for this country in the latter stages of the World Cup Finals in Russia.

He was missing from the squad that travelled to Greece for the crucial Champions League play-off against AEK Athens following the 1-1 draw in the first leg at Parkhead in August. The Hoops toppled out of European football’s most prestigious competition amid stories the 28-year-old defender had elected to remain at home. 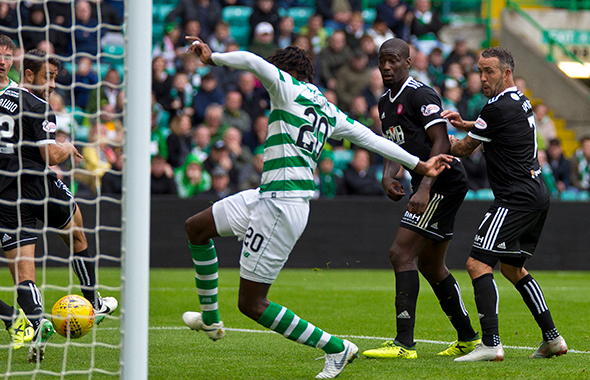 THE WINNER…Dedryck Boyata stabs home the only goal of the game against Hamilton Accies in his return to action.

Boyata claimed he was injured, but returned to the team 12 days later and, remarkably, scored the only goal of the Premiership encounter against Hamilton Accies where he was met with a banner stating he was “not fit to wear the jersey”.

However, the player, who had been bought by ex-gaffer Ronny Deila from Manchester City in 2015 for £1.5million, reclaimed his first team place and won a League Cup medal in the 1-0 victory over Aberdeen in December. He played for part of the Hampden tussle with his head bandaged following a clash with ex-Celt Gary Mackay-Steven. 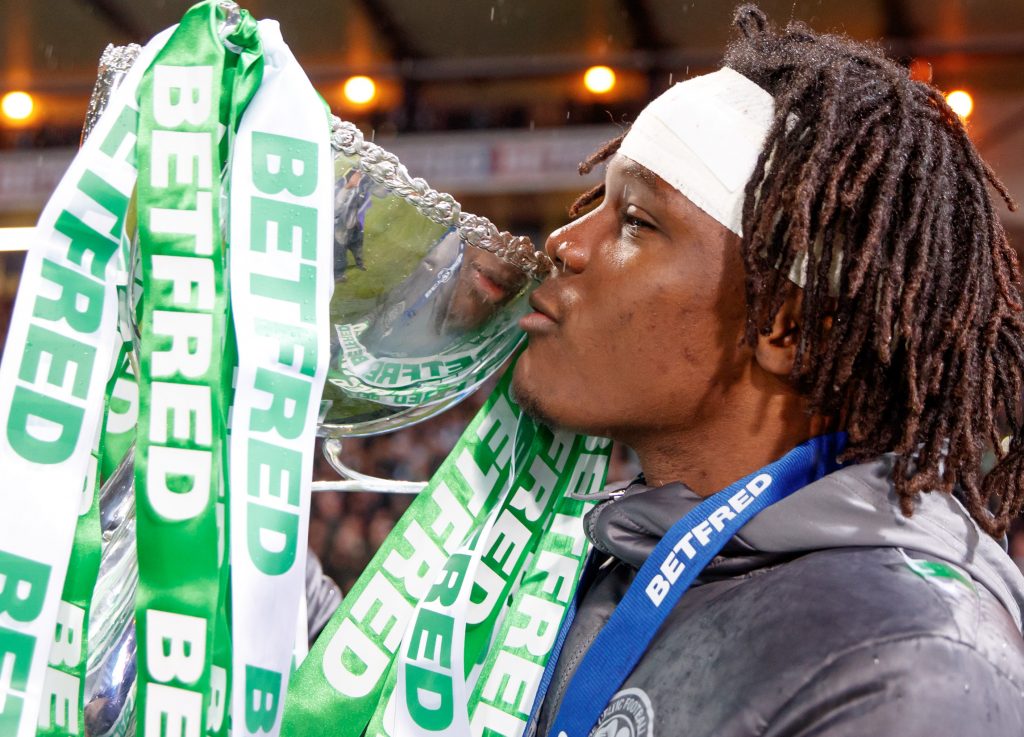 A WINNER…Dedryck Boyata kisses the League Cup after the December victory over Aberdeen.

He limped off before the end of the 2-1 win over Steven Gerrard’s Ibrox outfit at the end of March with a torn hamstring to bring a premature halt to his Celtic career.

The central defender left at the end of his contract to sign as a free agent for mid-table Bundesliga side Hertha Berlin, but has now decided to break his silence about his so-called disappearing act at the champions.

Asked about the reports of going awol, Boyata, speaking to SportBild, replied: “It’s not true, I was accused of strikes last summer, so I could move. 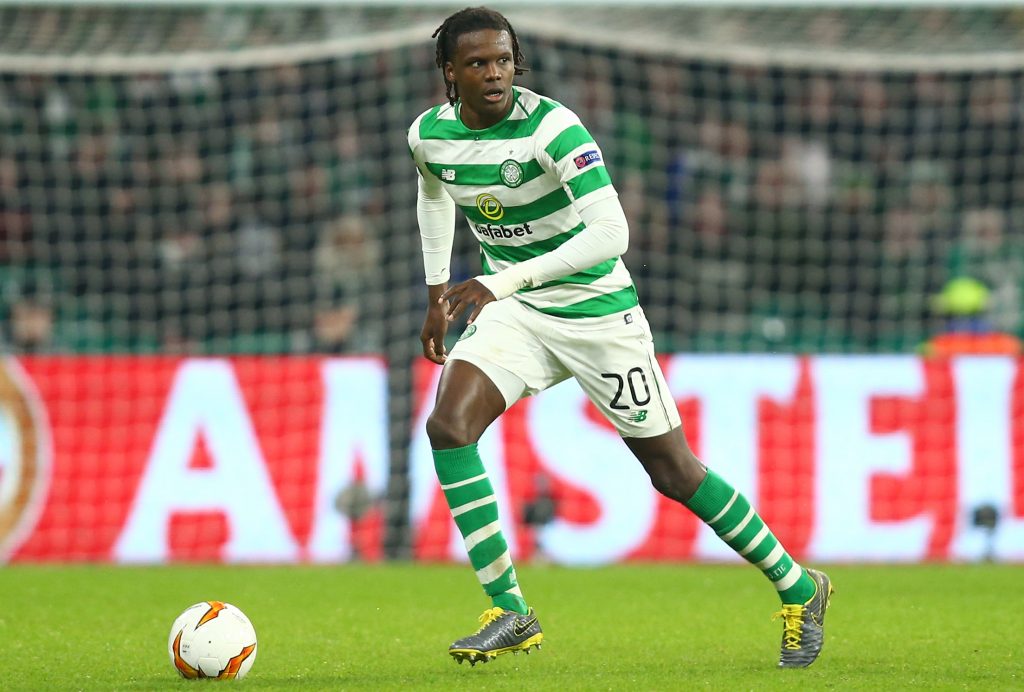 ON HIS WAY…Dedryck Boyata in action against Valencia in February – one of his last appearances for the Hoops.

“I also played through the season, was in the Scottish Team of the Year and played my part in the title.

“The truth is, I’ve won everything at Celtic in four years. But it was time to start something new.

“The Bundesliga is a good challenge for me.”

The injury that brought an abrupt end to his season with the Hoops is still troubling the back-four operator who has yet to make his debut for the German outfit.