Celtic Quick News on News Now
You are at:Home»Latest News»‘NOW IT’S UP TO ME,’ NEW BHOY SHAW
By CQN Magazine on 15th June 2021 Latest News

The all-action midfielder joined the Hoops on a pre-contract from Sheffield Wednesday in January.

Neil Lennon departed the club the following month and Shaw now has to impress the incoming Postecoglou and prove he can cut it at Parkhead.

Shaw, who has signed a four-year contract at the Parkhead club, is preparing for next week’s return to training at Lennoxtown with some of his new team-mates and said: “There’s a new manager, so it’s a fresh start for everyone and you just have to go in and try and impress. 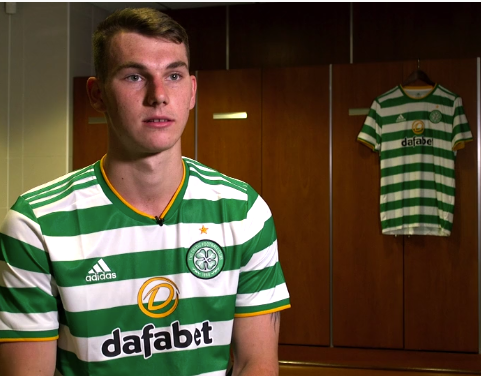 “That’s been the case throughout my career. I’ve had new managers and you just have to keep your head down, show your ability and show you’ve got a good attitude and hopefully you get picked.

“I’ll be looking forward to pre-season games to get minutes and show the fans what I can do.

“It’s obviously been a long time coming – six or seven months since I found out – and it’s just overwhelming to come here and see the stadium.

“I’ve put pen to paper now and I can go back for pre-season, meet all the lads and hopefully hit the ground running and work hard. I can’t wait to get started.

“I would describe myself as a box-to-box midfielder. A lot of energy, up and down, can score a goal, I’m aggressive in the tackle and I like to press people.”

Shaw, speaking to the Celtic website, added: “It feels good to pull on the kit. I’ve always been in blue but now green is the new favourite colour! 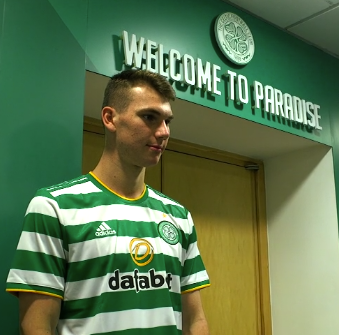 ”When I heard Celtic were interested I couldn’t believe it, to be honest. A club of this stature and the number of trophies they have won and they’re one of the biggest clubs in Europe.

“I couldn’t describe how I was feeling, but it was massive for me and my family to get that kind of recognition and now it’s up to me to start performing on the pitch.

“It’s not the same without fans, so hopefully they’ll be back soon and my family can come up and watch me.”