Celtic Quick News on News Now
You are at:Home»Latest News»‘NOWHERE NEAR MY EXPECTATIONS,’ FUMES ANGE
By CQN Magazine on 14th February 2022 Latest News

ANGE POSTECOGLOU could not disguise his feelings in the immediate aftermath of the 4-0 win over Raith Rovers at Parkhead that put Celtic into the Scottish Cup quarter-final draw tonight.

A first-half wonder strike from Liam Scales propelled the Hoops on the way against their Championship opponents, but it wasn’t until the 68th minute that the team could breathe a bit more easily following the close-range effort from Giorgos Giakoumakis.
Substitute Daizen Maeda claimed the third with a header and skipper-for-the-day Nir Bitton knocked in a late fourth from a rebound after watching keeper Jamie MacDonald push out his fairly feeble penalty-kick. 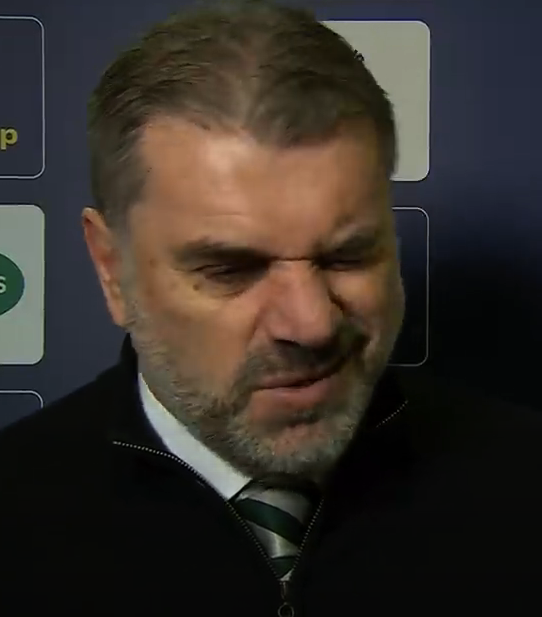 Postecoglou had stood grim-faced on the touchline as the rain swirled around the stadium and could be heard barking his disapproval at his players as they failed to maintain a high tempo which has become a trademark of his Celtic teams.
The Greek-Australian gaffer was far from impressed with the performance he witnessed, particularly in a tame and uninspiring first-half, and emphasised the team is “nowhere near my expectatons” as he analysed the display.
The hard-talking boss said: “First-half was pretty poor, obviously when I’m making so many changes it’s going to affect the rhythm of the team and the cohesion, but even within that I thought we weren’t great first-half.

“We didn’t really work hard enough, didn’t move the ball quick enough, second-half obviously was a lot better and it was good to get through to the next round.”It’s not about taking opportunities (for the players who were introduced), it’s not like they’re going to be banished into some unknown place after today.

“It’s just that we’ve got certain standards about how hard we want to work and the kind of football we want to play, how quickly we want to move the ball.

“I just thought the first-half we were taking too many touches, we weren’t working hard enough off the ball and, while we were comfortable, that’s not what I want us to be. I don’t want us to be comfortable. 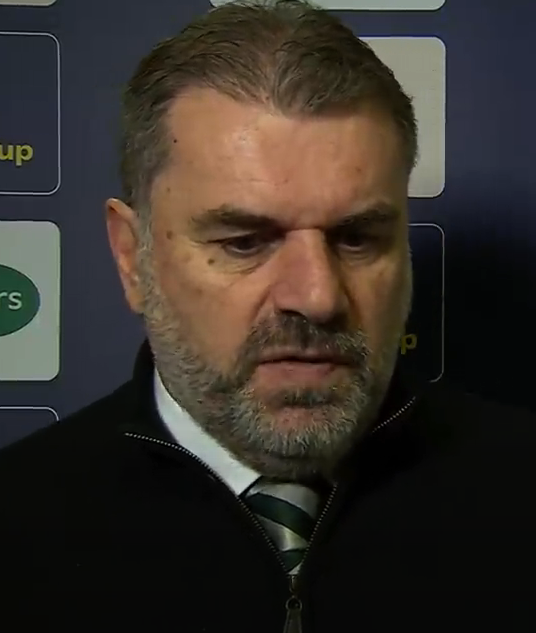 “I think the subs made an impact, which is important, obviously that’s what you’re looking for.

“We had some players who have been playing well to come off the bench and they approached it in the right manner in the limited time they had, they come on and made an impact.

“It was good for our attacking players to get some goals.”

Celtic are still on course for the domestic treble with the Premier Sports League Cup – won in December with a 2-1 victory over Hibs – already in the Parkhead trophy cabinet while the Hoops are at the Premiership pinnacle for the first time since August 3 2020, leading by a point.

Asked if his side are exceeding his expectations, Postecoglou, speaking to Premier Sports, replied swiftly: “They’re nowhere near my expectations.

“As we saw in the first-half, we’ve still got a lot of work to do. 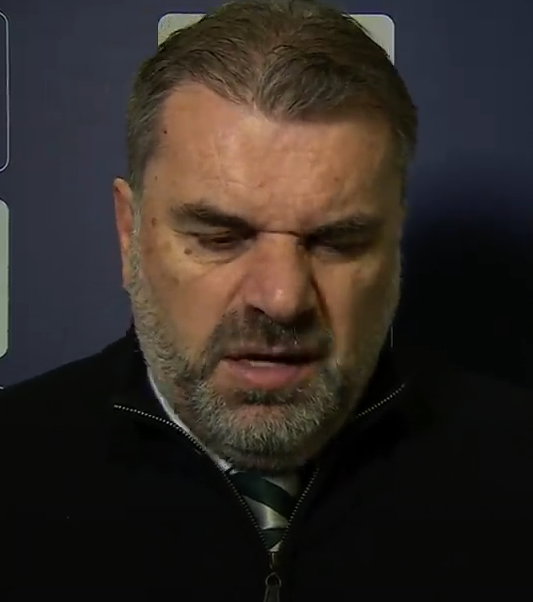 “That’s not taking away from the players’ efforts for quite a long time, the last three months our performances have been consistent and our results have been excellent – particularly since the break it’s been outstanding what this group has been able to achieve.

“But my role now is to make sure that they realise their potential. I think there’s more there and we need to keep pushing.”

Postecoglou can now put domestic ambitions on the back-burner for the time being as he prepares his players for the visit of Bodo/Glimt for the first leg of their Europa Conference League encounter on Thursday night with the return in Norway a week later.

The Hoops will discover their Scottish Cup opponents after this evening’s final match in the last-16 between Peterhead and Dundee at Balmoor Stadium which kicks off at 7.45pm.

The ballot will take place immediately after the final whistle.