OLIVIER NTCHAM’S days at Celtic appear to be numbered.

The French midfielder, bought for £4.5million from Manchester City two years ago, is talking himself through the Parkhead exit just at the time Neil Lennon is demanding complete commitment from his players.

The Under-21 international is quoted by respected daily sports journal L’Equipe as claiming to be:

“REALLY DISAPPOINTED” he did not sign for Porto last summer and insisted he would:

“BLOSSOM” with a return to French football.

Ntcham, 23, made a good first impression at the champions once he settled into his debut campaign following his switch from The Etihad outfit. 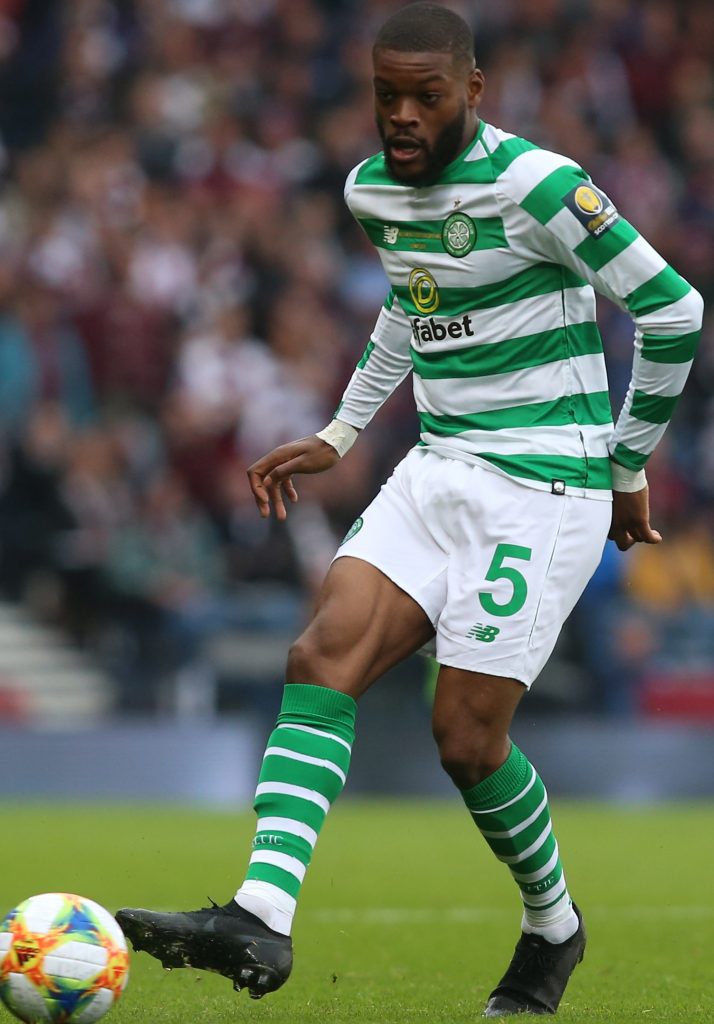 FINAL APPEARANCE…Olivier Ntcham in action at Hampden in May.

However, his form dipped alarmingly last time out after the turn of the year when he returned from injury. He claimed only six goals from 31 appearances, six as substitute, while penning a four-year extension to his contract.

Neil Lennon left him out of his starting line-up for the Scottish Cup Final against Hearts although the former Genoa loan signing came on for a tiring Tom Rogic in the second-half of the 2-1 triumph to seal the phenomenal treble treble.

It could be his last taste of silverware at the Hoops if the club receive an acceptable bid with £15million already being quoted for the powerhouse.

Ntcham, speaking to the French media, said: “Games came one after another, but with respect to my opponents, if the level isn’t high, you don’t progress.

“I was really disappointed not to have gone to Porto last summer.

“What could be the perfect stage for me? A big championship: Germany, France, Spain – coming back to France would be something very, very good,

“The interest of the Marseille? It is flattering. It is a very big club with very big support.

“If I went to Marseille, I would blossom, I have always signed for clubs with lots of fans.”