OLIVIER NTCHAM could still have a part to play in the Celtic summer rebuild.

And Ryan Christie may be the man to play alongside him and help spark a revival of the fallen champions following a wretched campaign.

The French ace and the Scotland international playmaker have been mentioned with moves from Parkhead in the major revamp, but Chris Sutton reckons there could be crucial roles for both players as the team attempt to get back on track after enduring their first trophyless term in 11 years.

The former Hoops striker said: “Olivier Ntcham was a puzzle when he was at Celtic. He’s almost as much of a conundrum now he’s returning.

“But having seen the grass is not greener away from Glasgow, Ntcham could help solve a big problem. The big question is: Does he want to? Can he be bothered? 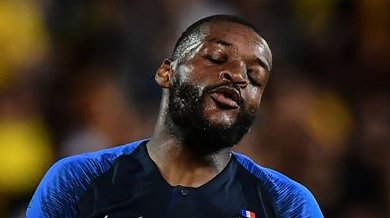 “If he can look a new manager in the eye and say he’s realised how good it is to be a Celtic player and that he wants to try to deliver his peak, it’s an interesting scenario.

“Listen, we’ve seen examples for years of players thinking life is better away from Celtic and Scottish football then realising how good they had it in Glasgow when they left.

“Ntcham appeared a perfect example. He irritated both Brendan Rodgers and Neil Lennon with interviews in his homeland talking about moving when he was a Celtic player. He was agitating.

“Anyone could see his mind was in other countries for the two years before he was eventually punted out on loan. But the guy is 25. He’s at a perfect stage of his career to be a real force.

“Ntcham has dominated games against Rangers and has shown he can be top class when his mind is on the job. That was the problem half the time.

“They were talking about figures of maybe £8.5million from Marseille if he impressed the French. After what has happened to him in the last five months, they’re not going to pay £8.50.”

MATCHWINNER…Olivier Ntcham slams the ball wide of Allan McGregor in a Hoops victory over Steven Gerrard’s side in 2018.

Sutton, speaking to the Daily Record, continued: “His woeful experience will have shown him how horrible it can be if you don’t get the right club and Celtic always looked after him.

“He was wanted. If he feels it, he might just return a different player and a potent force.

“Hand on heart, do I think it’s going to happen? I’m not sure. Maybe he has burned his bridges. Maybe his best times at Celtic have been and gone and there is no way back.

“Ntcham is moving into the final year of his contract, so that’s a decision for Celtic. There’s no chance he’s going to sign a new contract, so do they take some money? Trouble is, it’s not going to be much. Would it be more valuable to have a firing Ntcham than get, say, £4million?

UP IN THE AIR…Ryan Christie’s future is uncertain.

“It’s a hard one. Common sense says they should take it, but what about offering another deal – even for a year to protect the fee?

“I’d say provided you got the impression he fancies it, there’s merit in that given the fact the club have so many other changes to make.

“Think about it. There’s going to be mass upheaval. They need virtually an entire backline and goalkeeper and they’re going to need a whole new strikeforce judging by the situation as it stands.

“But if you have Callum McGregor, Ismaila Soro, David Turnbull, Ryan Christie and Ntcham as well as James Forrest out wide, that, at least, gives hope the midfield is decent enough to get started.”

Sutton, Martin O’Neill’s first signing for the club at £6million from Chelsea in the summer of 2000, added: “In fairness Christie looks for all the money to be leaving.

“The fact he is free to talk to other clubs after the Euros and the fact there is interest from England would suggest he’s ready to go. It’s hard to blame him. Aged 26, it’s a good time for him. 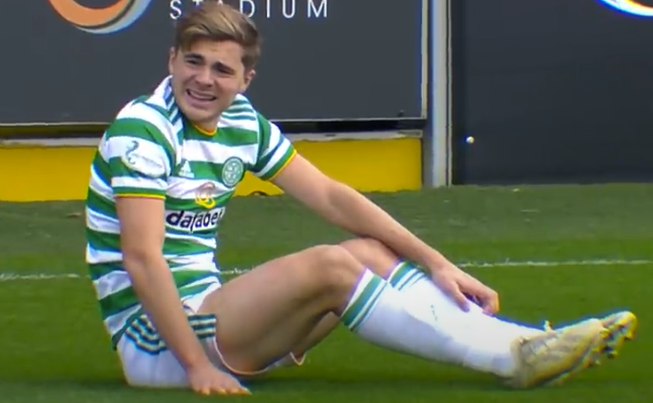 GROUNDED…James Forrest has had a tough time of it this season through injury, but Brendan Rodgers emphasised the winger’s importance to Celtic.

“His pals Kieran Tierney and Stuart Armstrong are successful in the Premier League and he must surely fancy a bit of it.

“But here’s a thing. Christie was understood to be the subject of interest from Bournemouth a couple of years ago. And we all know who the Bournemouth manager was back then.

“If Eddie Howe walks in the front door of Celtic Park and tells Christie he’s going to be a main man, it might just sway the situation.

“Remember the effect Rodgers had on James Forrest? The new boss made a point of singling him out and telling him how important he could be to him and the rest is history.

“Forrest reacted to that when he looked odds-on to leave. Although it’s unlikely, I wouldn’t completely rule out the same thing happening with Christie if it is Howe who does, indeed, arrive.”