Celtic Quick News on News Now
You are at:Home»Latest News»NUMBERS UP FOR ODSONNE
By CQN Magazine on 3rd February 2020 Latest News

The French striker guided in a clever free-kick to score the equaliser before the interval before a late blast from the champions pushed them to a seven-point advantage at the Premiership pinnacle.

Twenty-two-year-old Edouard, wearing the No.22 shirt, scored his second goal – the Hoops’ third – to take his tally this season to – you’ve guessed it – 22. 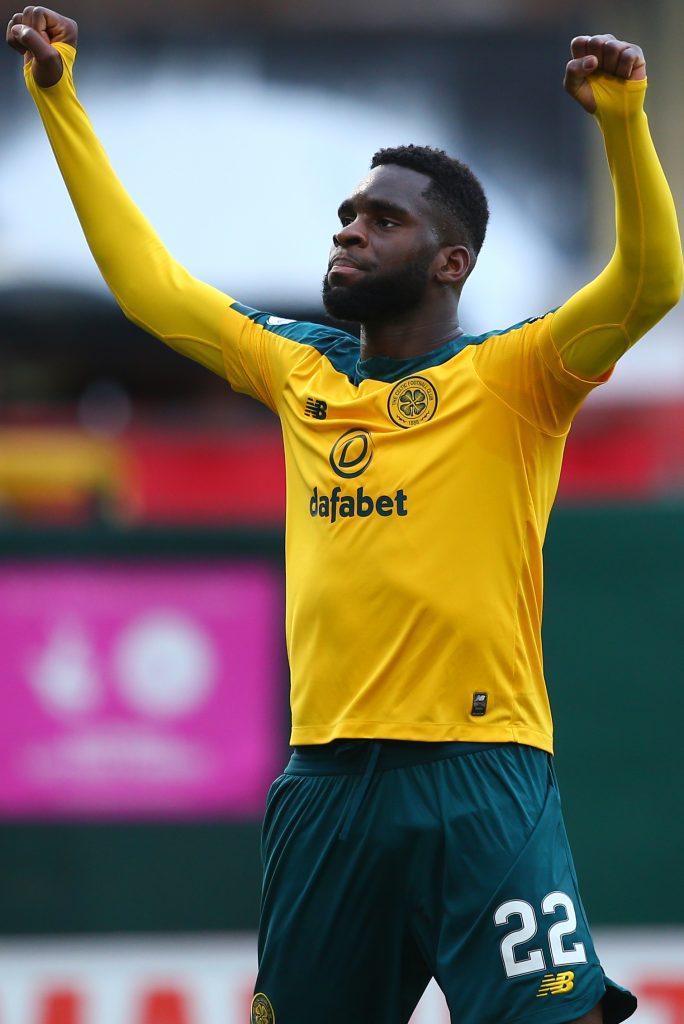 Boss Neil Lennon was particularly pleased with the talismanic attack-leader, who, at £9million is the club’s most expensive buy after arriving from Paris Saint-Germain in the summer of 2018. As reported in CQN, the Irishman said: “The free-kick was amazing, a really tight angle and really close in. Sometimes they are the most difficult ones, but he made it look easy.”

Edouard is the Hoops’ leading scorer and now has comeback Bhoy Leigh Griffiths for company with the manager playing two up front since returning to action after the mid-winter break. And £3.5million Polish raider Patryk Klimala, bought in last month;s window, will also be pushing for a place in the firing line in the crucial second half of the season.

Interestingly, the victory over Accies was Celtic’s 21st success out of 24 league games in their quest for nine in a row.

Edouard will surely want to play his part in the TWENTY-SECOND triumph against Motherwell at Fir Park on Wednesday!