Celtic Quick News on News Now
You are at:Home»Football Matters»O’CONNELL KEEPS IT IN THE FAMILY
By CQN Magazine on 19th February 2016 Football Matters
CELTIC defender Eoghan O’Connell is maintaining a family tradition by agreeing to go on loan to Cork City.
The 20-year-old central defender will remain at the club until the summer before returning to the Hoops, to play his part in Ronny Deila’s emerging Quality Street Gang.
O’Connell, who played in a 5-2 friendly win over Limerick City on Thursday night, said: “I’m delighted to be back in Cork and I’m really looking forward to getting started and playing.
“My dad Damien and my brother Andy have both played for the club. Andy was here recently enough, so I have been asking him about it to make sure I would not be short on knowledge about the club. 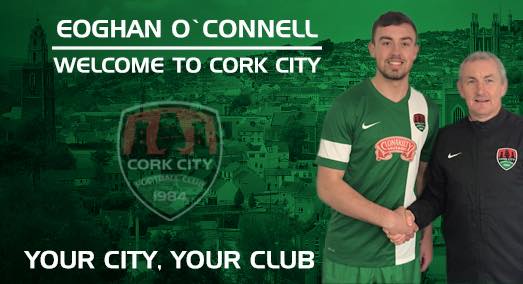 “It’s about getting as many games as I can, but the main objective is to help Cork City do well and try to win as many games as possible.”
O’Connell, who agreed the temporary move during the week, is preparing for the start of the Irish league season which starts on March 4 with a home match against Bohemians.
Boss John Caulfield said: “We are thrilled to get Eoghan. He can play right across the back four and as a defensive midfielder, so he gives us a lot of options.”Celtic have agreed to loan him to us until July. He has been involved with their first team quite a bit and he went out on loan to Oldham earlier in the season.”
O’Connell, who played two games for the Championship outfit, sustained an injury in training and returned to Parkhead last month.
The champions, however, were eager for the Republic of Ireland Under-21 defender to get game time and were happy to allow him to move to Cork.
Former Celts Liam Miller and Colin Healy are also on the books of Cork City.
———————————