Celtic Quick News on News Now
You are at:Home»Football Matters»O’CONNELL OFF TO A FLYING START
By CQN Magazine on 24th January 2017 Football Matters
CELTIC defender Eoghan O’Connell has been hailed by Walsall boss Jon Whitney.
The Republic of Ireland Under-21 international marked his second loan appearance at the League One side with the opening goal in their 3-1 win over Bristol Rovers at the weekend.
Delighted gaffer Whitney said: “I thought Eoghan was outstanding. His technical side was really good. 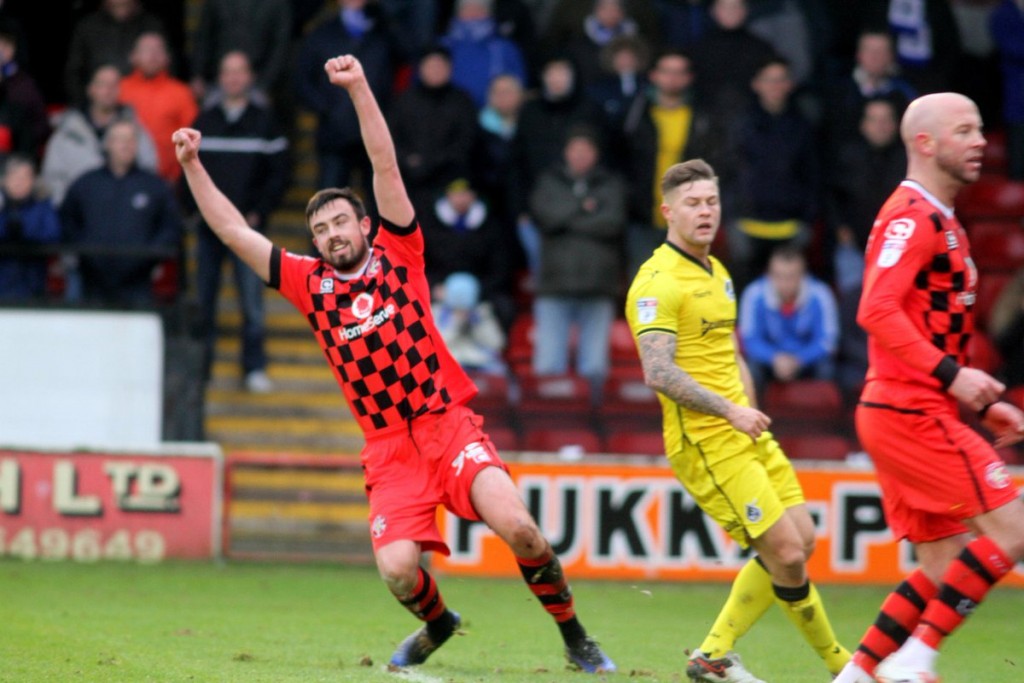 “One of his biggest fortes is that he’s so comfortable on the ball. He doesn’t panic which is great because we are a team that want to retain the ball and I think we’ve struggled a little bit with that this season.
“He brings that, he brings a presence and he’s a winner. I think the players respect him already for what he is.
“Eoghan’s just one of those energisers and that goes through his family. He’s a great kid. But I didn’t know he could score goals like that.
“However, I’ll take it – it’s a nice string to his bow.

“I think his dad was here watching, as well. He’s got a good sporting tradition in his family – his uncle was the Lions captain – and you can see he has a winning mentality which was key in us bringing him in.”

O’Connell, who has already had temporary moves at Oldham and Cork City, scored against Leicester City in the 1-1 International Cup of Champions during pre-season at Parkhead.
He also played in the Champions League qualifiers against Astana and Hapoel Be’er Sheva, but faded from the first team picture when Brendan Rodgers brought in the experienced Kolo Toure while Jozo Simunlovic returned after his long-term injury.
The classy 21-year-old centre-back will return to the champions in the summer.