The Celtic boss claimed the French ace was “almost talismanic” after his quickfire impact following his appearance as a substitute for Leigh Griffiths in the 63rd minute with the Hoops failing to spark with a one-goal advantage.

Lennon also reckons Edouard, the club’s record buy at £9million from Paris Saint-Germain in the summer of 2018, is among the club’s best players in the past two decades.

The gifted hitman’s double added to Callum McGregor’s first-half penalty-kick as the champions eased to a five-point advantage at the Premiership pinnacle with Steven Gerrard’s Ibrox side due to face Hearts at Tynecastle this afternoon.

Lennon watched Edouard take his tally to 20 goals and, speaking in the Evening Times, said: “He is hugely important. He is an outstanding footballer, almost talismanic.

“He is up there with some of the best we’ve had over the last 20 years. 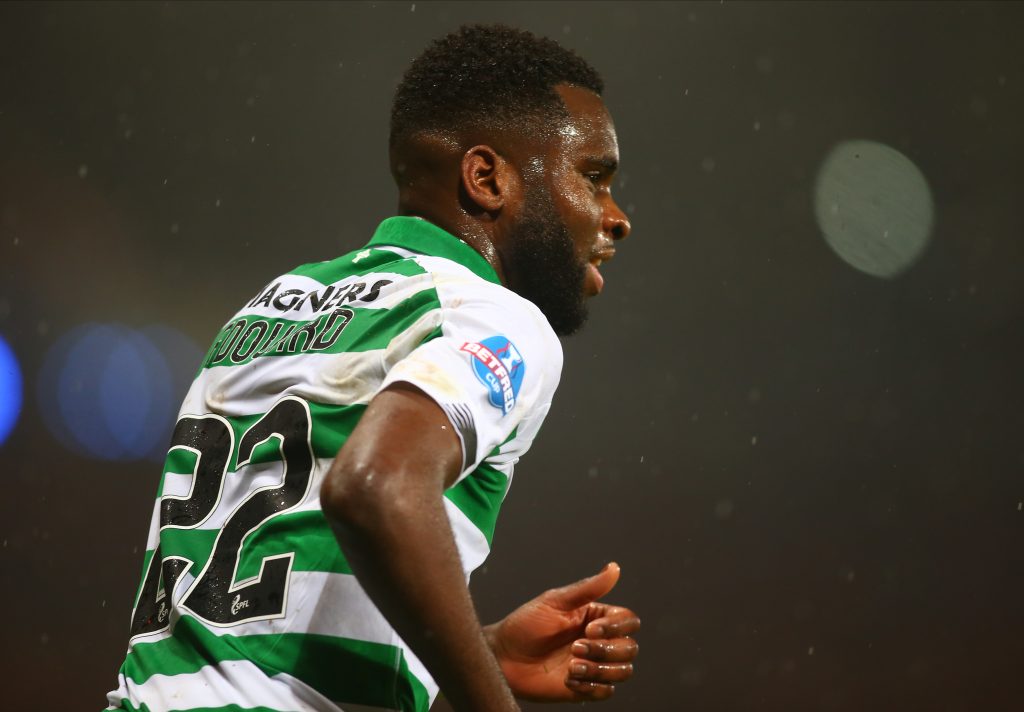 “The impact Odsonne made coming on was huge and the game opened up. We could have scored more in the end and, in the context of the season, it’s a brilliant win.

“He’s a class player. He had a toe injury and it was quite tender underneath it, but he looked absolutely fine when he came on and fresh, which was great.

“Odsonne had an X-ray on his toe on Friday. His foot was in a boot, but he did a fitness session at night and it felt a lot better. We were concerned he wouldn’t do the full 90 minutes, so it worked out okay.

“He looked really sharp for the half-hour he was on and made an incredible impact on the team.

“You could see the lift he gave to the team as well, and his second goal was a great goal. A great finish.

“It was just a matter of time of when to bring him on and I think we got that just about right.

“He’s playing better than ever and I’m delighted with that.

“Odsonne showed all his qualities and he should be okay for the game at St Johnstone on Wednesday.”