ODSONNE EDOUARD has delivered some wonderful news for Celtic fans – and a chilling message for opposing defenders.

The Celtic hitman, who will hope to add to his 24-goal haul when the champions take on Hearts at Parkhead tonight, has revealed his main target in his career.

Twenty-two-year-old Edouard has admitted he wants to be “the best striker in the world”.

The Frenchman, who cost the Hoops a club record £9million when he joined from Paris Saint-Germain in the summer of 2018, picked up his January Player of the Month award yesterday – and then outlined his amazing long-term aspirations.. 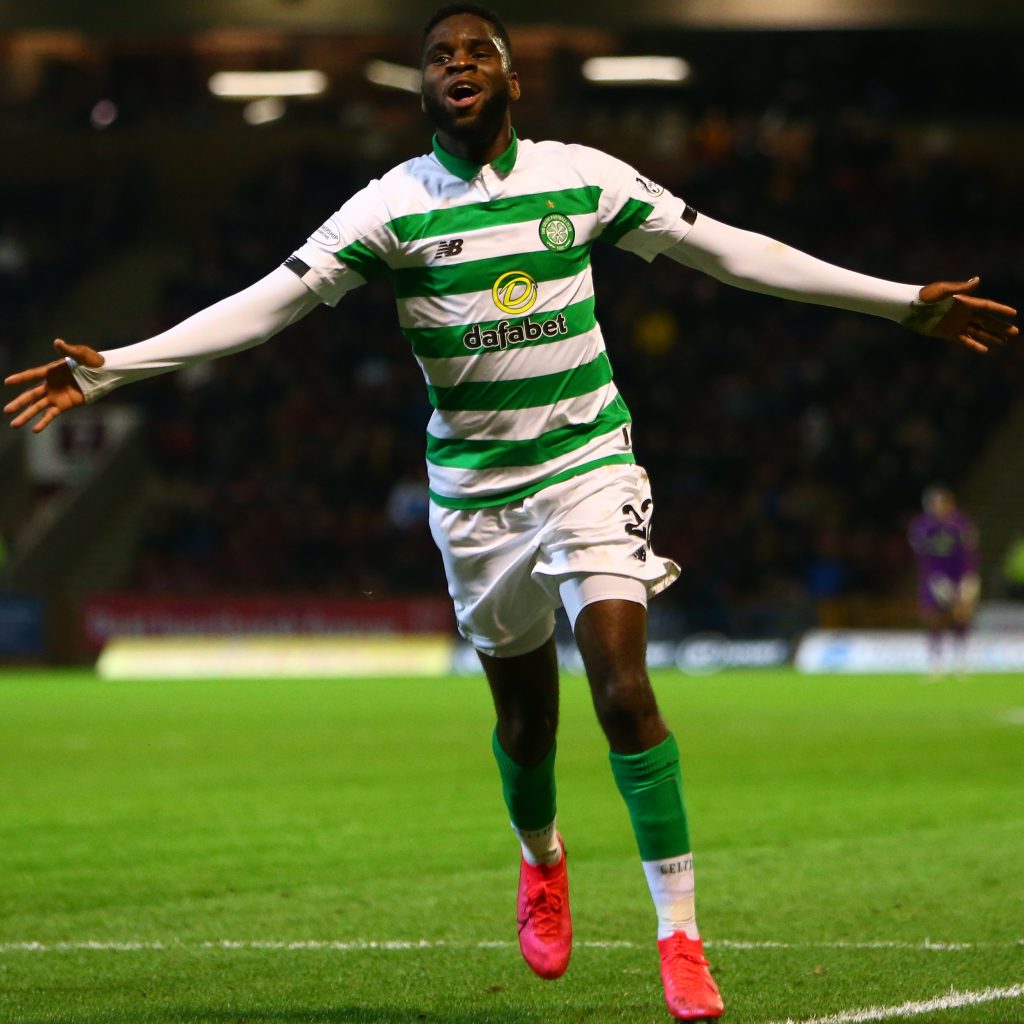 HOOP HOOP HOORAY…Odsonne Edouard takes the acclaim of the fans after his stunning free-kick goal against Motherwell.

Asked about his aims, Edouard, speaking to the Daily Record, answered: “I would like to become the best striker in the world. That’s it.”

He added quickly: “One of the best strikers, anyway. I don’t know when that will happen.

“There are a lot of strikers I like. I don’t have one specific striker at the moment that I admire the most.

“But Ronaldo – the Brazilian one – is the best.

“In the present moment, I watch a lot of different strikers and I try to learn from them.

“I am still young, so I am training a lot and every year I become more mature as a player.

“I work hard on all aspects of my game all the time, so everything is improving.” 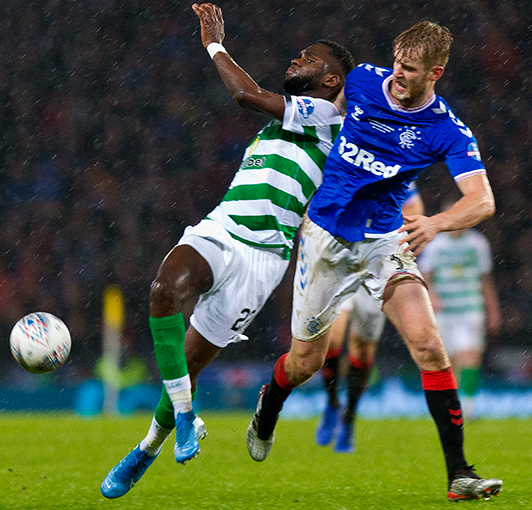 Compared with the iconic Henrik Larsson, Edouard says: “It’s very flattering, but I try not to listen too much to that so that I can focus on the team and helping them to win titles.

“Henrik Larsson is a Celtic legend – when I was little he was one of the best players in Europe, so it’s amazing some people compare me to him.”

Larsson spent seven years at Celtic after arriving from Feyenoord in a bargain £650,000 switch in July 1997 and, although there are no guarantees how long Edouard will remain at the Hoops, it’s evident he is in no rush to leave.

He has seen his team-mates Moussa Demeble quit in a £19.8million move to Lyon and Kieran Tierney in a £25million deal to Arsenal. So, he was asked, how much is he worth?

He replied: “I don’t know! Today I am at Celtic, I have two years left on my contract, I am very happy here and I enjoy myself.

“For now, it’s still two years on my contract and I am more focused on the five months that we have left for the rest of this season and the two titles we are competing for.

“And then we will see what happens after.” 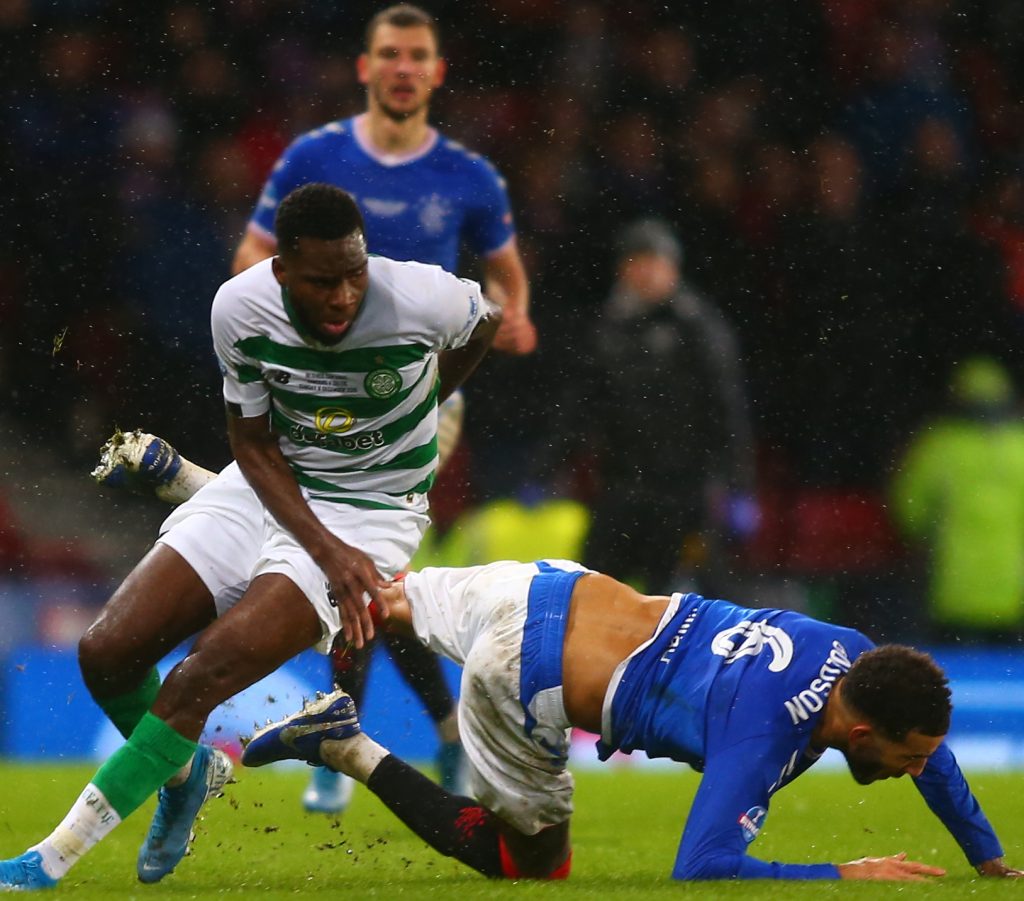 BOWLED OVER…defender Connor Goldson crashes to the turf after a challenge on Odsonne Edouard.

Edouard warned there’s more to come and added: “The defeat against Rangers did us more good than harm. We had to question ourselves, but once we returned from Dubai we knew we had to bounce back and that it would be hard to do so, but right now it’s going well.

“My career has just started so I can’t say that this is the best I will be, but I feel good.

“My objectives when I joined Celtic were to get as much playing time as I could, score lots of goals and to win trophies because this is a successful club.”

It looks like he is on his way to achieving his long-term ambition. Defenders beware!