The World Cup centre-half, who limped out of the 1-0 Betfred League Cup Final triumph over Aberdeen with a hamstring injury at the start of the month, is poised to face the Dons at Pittodrie on Boxing Day.

And Boyata should be okay for the trip across Glasgow to Ibrox for the game against Steven Gerrard’s side three days later in the champions’ last fixture of 2018.

The classy back-four operator is back in training after being sidelined for four games.

Boss Brendan Rodgers said: “Dedryck has a good chance for the Aberdeen and Rangers games — absolutely. Thankfully, his injury was only a slight, grade-one hamstring.

“He’s moving well outside, so we will see where he is at. He’s a big player for us. You see the solidity he gives. I like real pace in one of my centre-halves and he gives you that.

“He lets you squeeze your line and be nice and compact as a team.

“When he doesn’t play, we really miss him, but he will be back soon.” 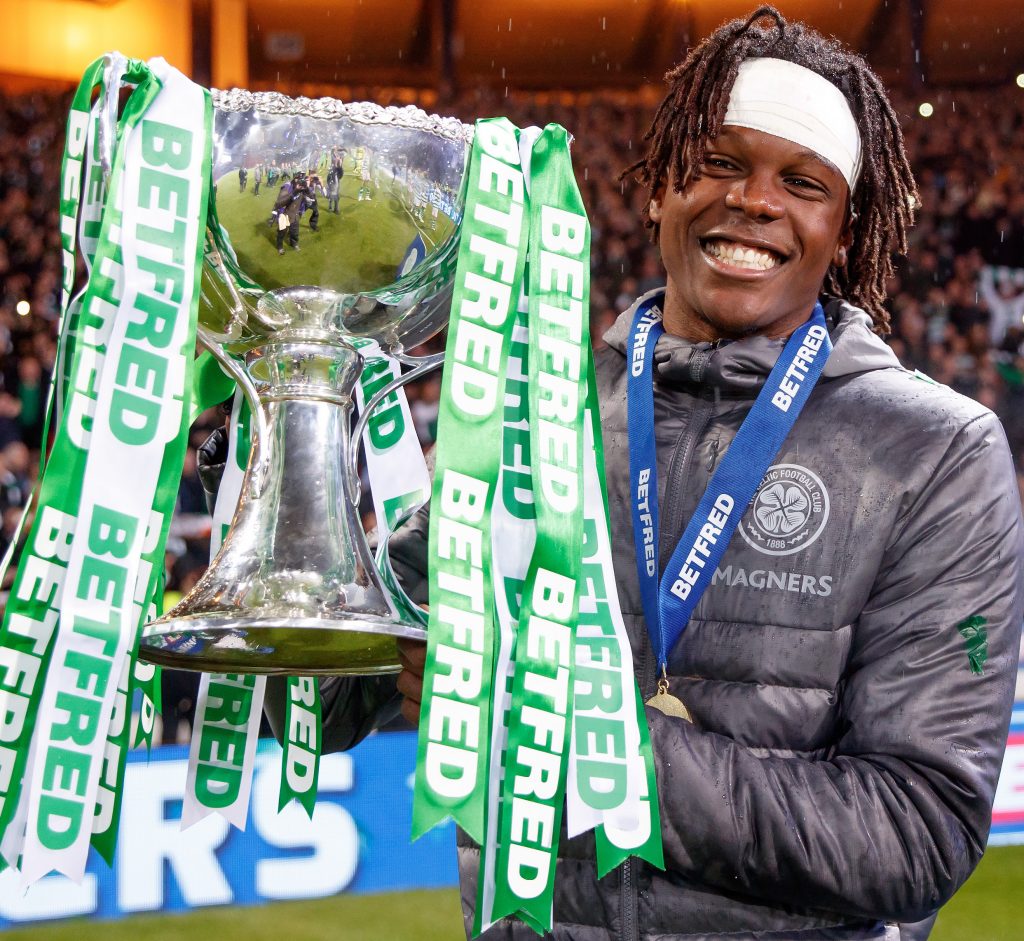 THE CUP THAT CHEERS…Dedryck Boyata with the Betfred League Cup. Pic: Geo.

Ryan Christie, carried off with an ankle injury in last week’s 2-1 Europa League Group B defeat from RB Salzburg, is also on the verge of a comeback after missing the 2-0 loss against Hibs at the weekend.

The Scotland international midfielder has been doing some light running exercises in training.

The Hoops boss said: “When Ryan was carried off, I feared the worst, really.

“He came out of the stadium on crutches and went straight for the MRI scan. But that came up really positive and he’s thrown the crutches away now.

“Ryan is in such great form and doesn’t want it to end. However, we have to be careful with him.

“He’s been out running on the grass and we will see how he goes for the rest of the week.”

Kieran Tierney could face Motherwell at Parkhead tomorrow night if he overcomes his hip problem and Rodgers will check on Swedish right-back Mikael Lustig following his head knock sustained against the Austrians where he had to come off in the first-half to be replaced by Kristoffer Ajer.

Australian ace Tom Rogic, who also missed the game at Easter Road, has had an injection on a knee injury, but has no chance of playing against Well.

However, the elegant playmaker, who has been called up by his country for the Asian Cup next month, could return when Dundee visit Parkhead on Saturday.