CELTIC’S former Republic of Ireland centre-back Darren O’Dea could be heading back to Parkhead – as a coach.

The 32-year-old ex-defender quit playing after Dundee’s relegation from the Premiership to take over a similar post with Motherwell’s Under-18 squad.

However, there could be a surprise return to the champions for the Dubliner, according to the Scottish Sun.

The Hoops have a vacancy on their coaching staff following Damien Duff’s quickfire move from reserve coach to the first team during February’s reshuffle following the departure of Brendan Rodgers and his backroom staff and the arrival of Neil Lennon. 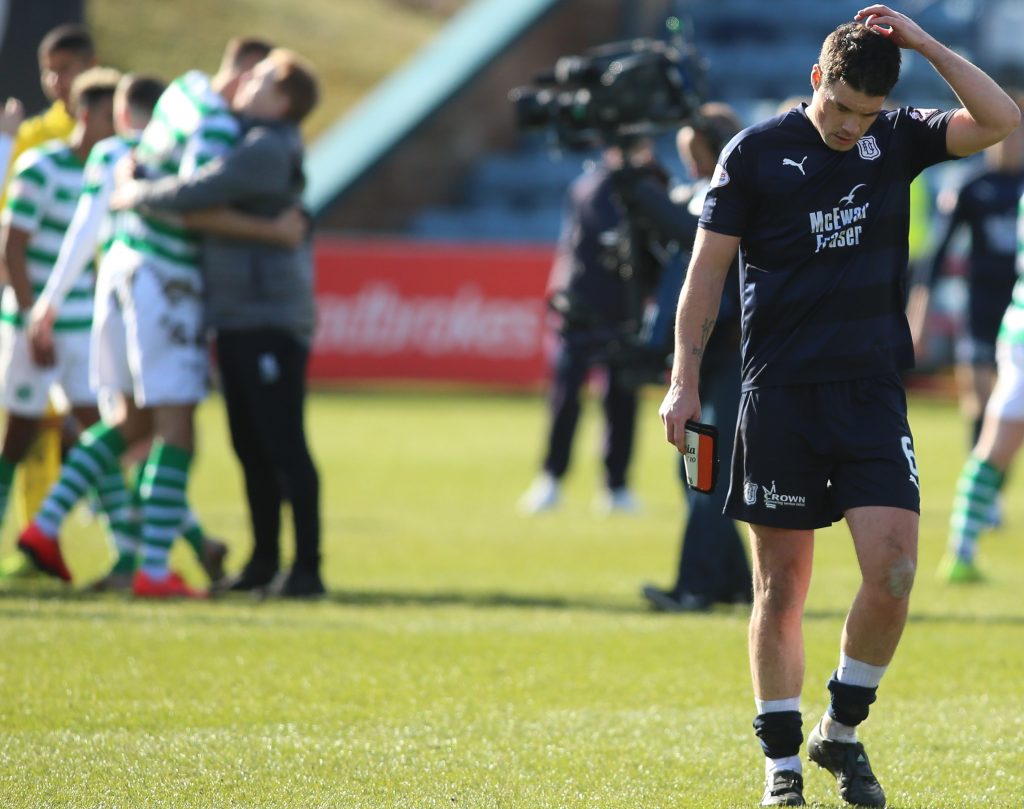 THE LAST MEETING…Darren O’Dea troops off the field as Celtic celebrate Odsonne Edouard’s stoppage-time winner at Dens Park on March 17.

John Kennedy became No.2 to the comeback gaffer as former Chelsea star Duff made the step up shortly after getting the initial post.

O’Dea started his career with Celtic in 2006 and spent six at the club and had loan spells at Reading, Ipswich Town and Leeds United before joining Toronoto on a full-time contract.

He also had stints in the Ukraine and India before joining up at Dens Park in 2016.

Now he could become another part of the jigsaw in Lennon’s rebuild of the eight-in-a-row champions, on and off the pitch..