Celtic Quick News on News Now
You are at:Home»Latest News»‘OH BROTHER! WAS THAT A GREAT FEELING,’ FORREST
By CQN Magazine on 1st May 2018 Latest News

JAMES FORREST enjoyed his role in the Magnificent Seven as he finally scored his first goal in a Glasgow derby against the Ibrox team.

As the ball nestled in the back of the net, the Scotland international realised he had at last managed to shut up brother Alan!

Astonishingly, it was his first goal in the derby in his SIXTEENTH outing.

Since 2014, Alan has been able to rattle the cage of his elder sibling for being two up in the scoring stakes against the Ibrox side.

The younger Forrest, who plays for Ayr United, scored against the Govan outfit and claimed another in this season’s Scottish Cup to give his team the lead before they crashed 6-1 at Somerset Park. 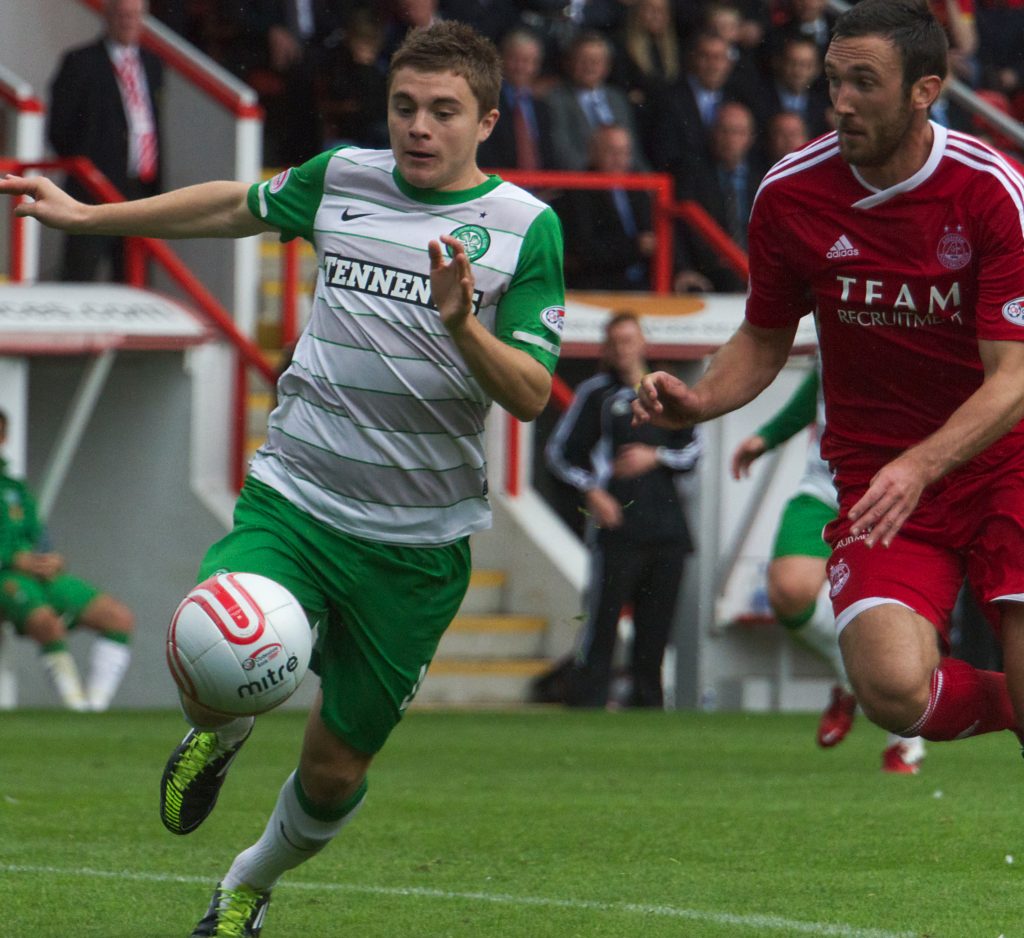 THE START OF SOMETHING GOOD…a young James Forrest in action against Aberdeen seven years ago.

Until Sunday, those were the only goals in the family against the Ibrox side – until James struck in spectacular style at the weekend.

Forrest said: “He has been on at me about it for a wee while now. He sent me a message and said: ‘Give us a goal’.

“I managed to do that. I’m buzzing. It was long overdue. I was absolutely delighted with the performance, the result and with scoring the goal. It was a great day all round.”

Forrest’s goal sparked joyous scenes with Mikael Lustig donning a policeman’s hat amid the the celebrations.

The scorer said: “I heard about it afterwards. He gets a wee bit carried away, but you can do that when you start well and put in a good performance. All the boys were at it right from the start.

“I’ve been delighted with the way the full season has gone.

“Scoring against Rangers was incredible for me and for the team. We just want to keep the momentum going into the Scottish Cup Final.

“We just focus on ourselves. We give the opposition respect, but we know if we turn up we can do that to any team with the hunger we have. I was delighted for everyone in the squad and for the team.

“It’s unbelievable. To win it on Sunday at home in front of all our fans was incredible.

“The atmosphere from kick-off right to the end was fantastic.”