CELTIC’S 5-0 win over Partick Thistle in the Betfred League Cup quarter-final in midweek was the club’s 17th competitive game of the season.

Scott Sinclair came off the substitutes’ bench to replace Mohamed Elyounoussi in the 66th minute and scored the fifth goal 10 minutes later.

Remarkably, the £4.5million attacker has not started a match – if you exclude the 0-0 draw in the friendly against Rennes in July – in this campaign.

If you put all his minutes together in substitute appearance the tally comes to an hour and a half, ONE full game in regulation time.

When Sinclair tucked the ball behind Scott Fox he celebrated as though he had just hit the Premiership title-winning goal – a feat in which he had a major say in his first season when he thumped in a hat-trick against Hearts at Tynecastle to bring The Invincibles the crown in season 2016/17.

ONE…Scott Sinclair thumps the ball beyond Hearts keeper Jack Hamilton as Celtic hurtle towards a 5-0 win at Tynecastle in 2017. 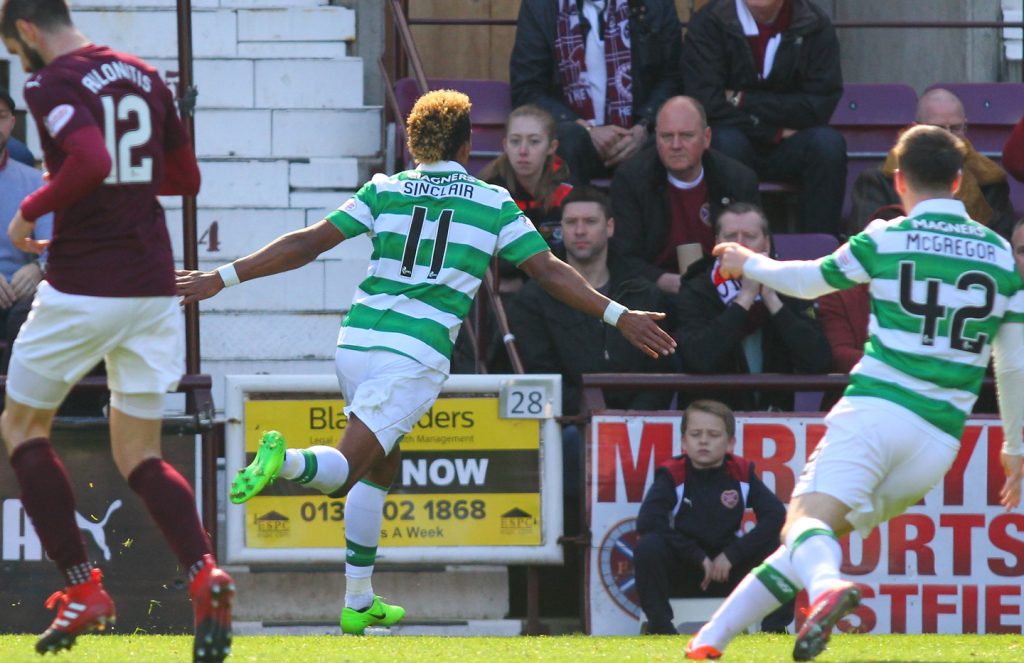 TWO…Sinclair takes off as Callum McGregor races after him. 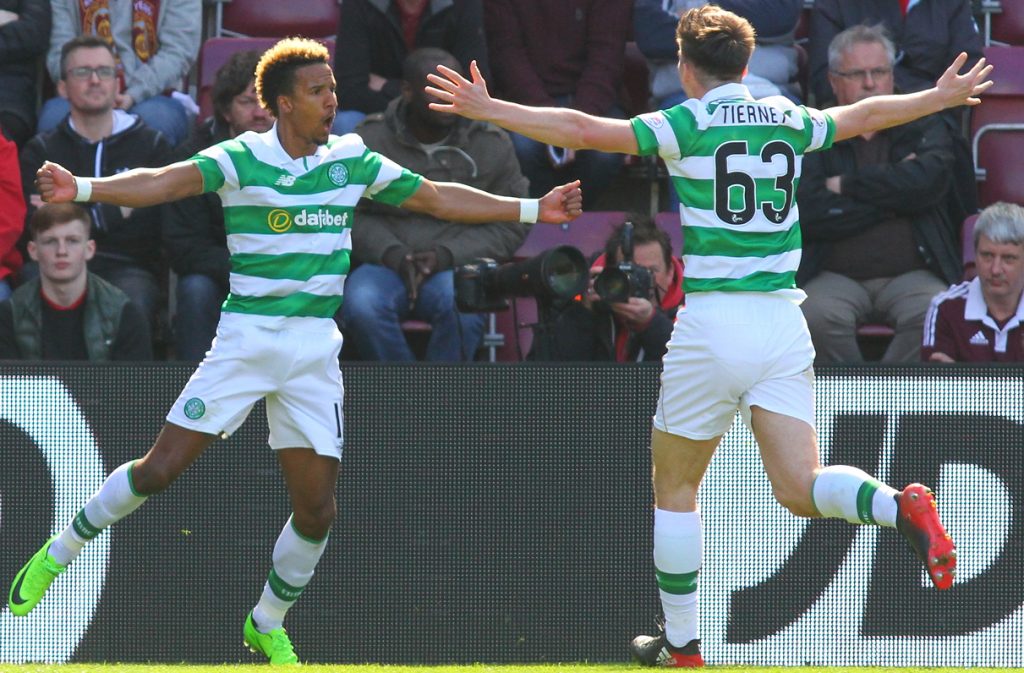 THREE CHEERS…Sinclair is about to be congratulated by Kieran Tierney after his hat-trick performance in the title-winning occasion in Edinburgh.

It looked as though the player, bought to the club by Brendan Rodgers from Aston Villa in August 2016, was on his way from the club in the summer with teams such as Sheffield United, Derby County, Middlesbrough and Sunderland all linked with him.

But the flamboyant 30-year-old, who claimed 61 strikes in the treble treble campaigns, is still with the Hoops and he sent a message to the Celtic supporters he is in no mood to be pushed into the background.

Following his second goal of the term – the other was a cute backheeler in the 3-1 Champions League qualify triumph over FK Sarajevo in Bosnia on July 9 – he took to Twitter to deliver this message: “Oh I’ve missed this feeling. Unbelievable reception from the fans, I will continue to keep fighting for this shirt.” 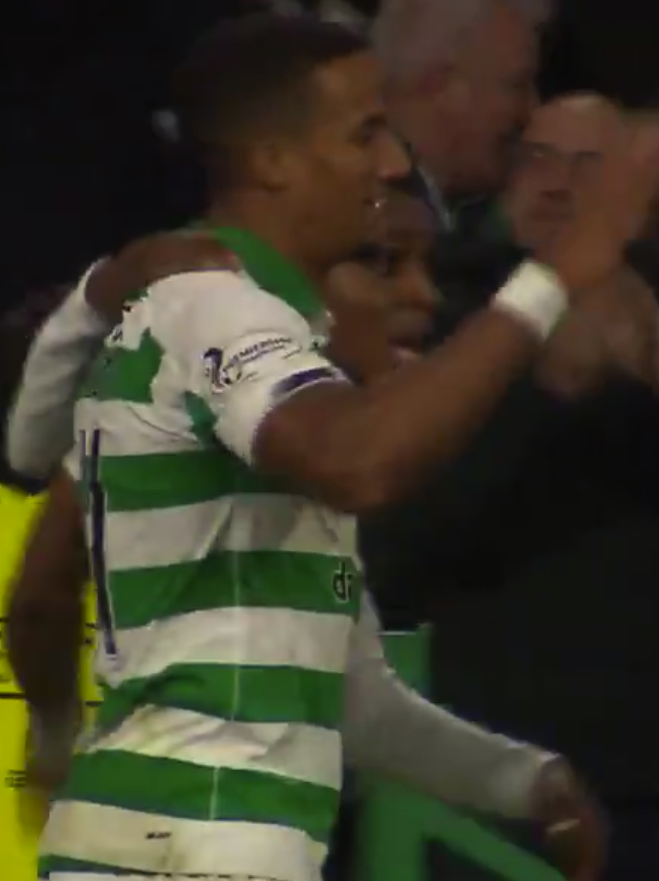 THE BHOY IS BACK IN PARADISE…Scott Sinclair is congratulated by Jeremie Frimpong after his strike against Partick Thistle.

Before his outing against the rock-bottom Championship side, Sinclair’s previous appearance had been an 11-minute cameo after replacing Olivier Ntcham in the 5-2 win over Motherwell at Fir Park on August 10.

Boss Neil Lennon reassured the former Chelsea, Swansea City and Manchester City star he still has a future at the club as he plays in the final year of his contract.

The manager, as reported in CQN, said: “Scott Sinclair  is still very much part of the squad. We have seen a good reaction from him. He isn’t a sulker and his body language in training is improving all the time.”

A player possessing the skills and qualities of the Englishman will undoubtedly enhance any pool of players.

Scott Sinclair is determined to play his part in the continuing success of Celtic. This story isn’t over yet.