SEVCO’S biggest chance on Sunday is likely to come from their 12th man, the supporter with the whistle. Ronny Deila talked today about training this week with ten men and he wasn’t joking. The same referee did all he could to keep the score down last time and a few honest mistakes have eliminated Celtic from their last two semi-final visits to Hampden.  When we used to play the ‘Old Rangers’ as Tommy Gemmell called them today on Celtic Quick News, we were used to them benefiting from dubious decisions  or what in recent years have been known as honest mistakes. Who remembers a goal kick to Hearts about to be taken at Tynecastle being turned into a match winning penalty for no apparent reason other than rangers needing a goal?  Hugh Dallas made that decision that ultimately took a championship from Celtic. Such events aren’t rare, they have been happening for over a century. Here Tony Jensen looks back at two games against the old Rangers and highlights a level of cheating that sustained the Govan club, yet the irony is, they still died…

This match was essentially a championship decider. Well, for Celtic anyway. A victory would have made sure of the title and a draw would more than likely lead to a play off. Before 40,000 spectators Celtic gradually drove Old Rangers (copyright Tommy Gemmell April, 2016) into defence, which paid off as McMahon scored.

A good deal of rough play and ill-feeling crept into the game and Mr Nisbet of Cowdenbeath called the players together and lectured them in regard to it. Shortly before half time, Old Rangers equalised, Hamilton deflecting a shot by Smith. On resuming, the match developed into one of rough and tumble. Nicol Smith then scored for Old Rangers from a free kick. However, the goal should not have stood. It appears that this was an indirect free-kick i.e. one from which the taker cannot score without first another player touching the ball.

The ball was sent towards McFarlane in the Celtic goal, and there was a dash for it by a crowd of players. Then the ball was seen in the net, but the Celtic players vigorously protested that it had not touched anyone on the way. Referee Nisbet thought otherwise and awarded a goal, which occasioned a storm of protest.

Five minutes after the interval Hamilton pushed the ball through to Campbell who went on to score. Celtic claimed that Campbell had handled but the referee differed again. Several of the Celtic players surrounded the referee whereupon McMahon attempted to trip him. McMahon was ordered off the field. And so Sandy McMahon of Celtic has the dubious distinction of being the first player to be ordered off in a Celtic v Old Rangers match.

It appeared as though the Celts were going to leave the field but their veteran forward took the ball, placed it on the spot and prepared to take kick off. Shortly after resuming Robertson scored a third for Old Rangers following a corner kick. Twenty minutes from time, Marshall scored for Celtic who were desperately trying to equalise when Hamilton had the ball sent up to him and scored a fourth goal. The Celtic players hotly disputed this goal on the grounds of offside.

After the match, Celtic protested against short time being played i.e. the full ninety minutes was not played. This actually was a clever piece of finesse on the part of the Celtic director J H McLaughlin who had more to discuss than short time.

However, when the matter came before the league J H McLaughlin, on behalf of Celtic, explained that the protest had only been lodged in order to bring before the League certain statements that Mr Nisbet was alleged to have made to an Edinburgh and a Glasgow newspaper. Mr Nisbet refused to answer questions put to him by the Committee and he was struck off the roll of referees.

On the final day of the Championship the table read: 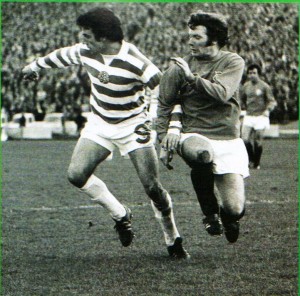 John Greig takes a place in the record books by creating the longest period of time between his first league goal in the fixture and his last. He scored his first goal against Celtic in the 4-0 win at Ibrox on Ne’er Day 1963 and fifteen years and 6 days later scored his last in this fixture.

Unfortunately, this match was marred by two minutes of mayhem caused by dreadful refereeing by John Gordon. Celtic were trailing by a goal to nil and pressing hard for an equaliser when Joe Craig, Celtic’s centre forward, was pushed in the back by Colin Jackson as he tried to head the ball in at the far post.

Jim Reynolds in the Glasgow Herald stated that it looked a clear penalty but the referee said ‘no’ and was besieged by irate Celtic players. While the protests were going on, Rangers took a quick goal-kick, and with only Frank Munro and Peter Latchford against a five man attack, John Greig finished off the move by tapping the ball into the net to make it 2-0. The Celtic fans came over the wall and the players refused to restart the game. Celtic’s trainer Neilly Mochan went into the centre circle to prompt the players to resume.

Reynolds asked five questions in his report on the game:

1. Why was a legitimate penalty claim turned down in the first place?

2. Why did the referee give everyone the impression he was running to consult his linesman, and then change his mind when he saw Rangers breaking towards the Celtic goal? Rangers had decided to play the whistle and promptly took what they thought would be a goal kick.

3. Why did he allow the goal kick to be taken, when there were several Celtic players inside the penalty area?

4. Why did he not send off the Celtic players who pushed and jostled him and refused to start the game?

5. Why did he not caution Neil Mochan, who had no right to be on the pitch without the referee’s permission?

Back then, referees were not permitted to make statements in the way they have been encouraged to in the early part of the 21st century. Therefore, Mr Gordon did not reply to Mr Reynolds. 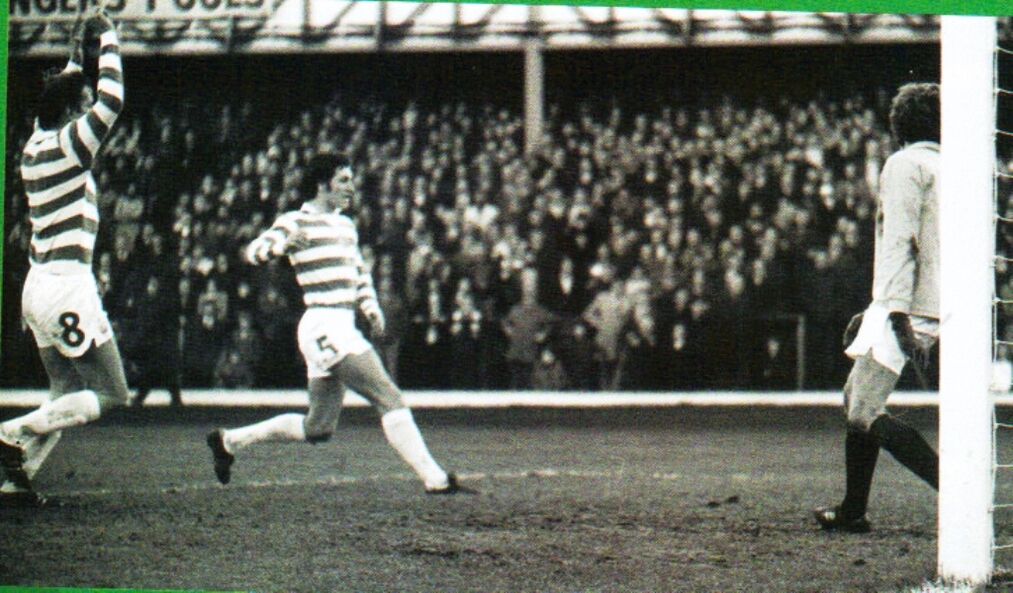