OLIVIER NTCHAM became a History Bhoy when he chipped in the stoppage-time winner against Lazio in the Stadio Olimpico in Rome on November 7.

As the Frenchman performed cartwheels with the ball nestling in the Serie A side’s net, he not only gave Celtic a well-earned 2-1 triumph and three points in the Europa League Group B qualifying campaign.

Ntcham also shot himself into the club’s Hall of Fame by becoming the player to give the Hoops their first win on Italian soil in 13 attempts.

And the £4.5million former Manchester City midfielder picked up the Magners Goal of the Season award for his special dinked effort.

“I started on the bench and I remember the coach said to me to try to play forward and try to make a difference when I came on – and I did. I scored a beautiful goal. It was a beautiful counter-attack, a good pass from Odsonne.

“My first touch wasn’t so nice, wasn’t so great, but I think the finish was good. 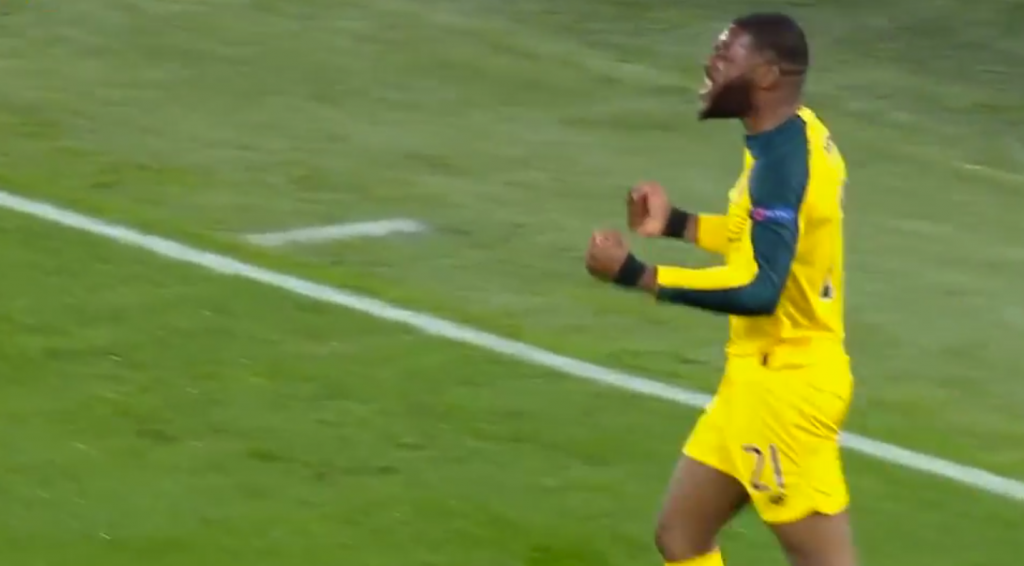 “It was crazy in the stands and I was really, really happy. I didn’t know I was the first one to score to win a game in Italy. It was a great goal for me and I was so proud at that moment to play for Celtic and to be part of that.”

The former French Under-21 international powerhouse, now 24, picked up his third Premiership winners’ medal after the champions’ ninth successive crown this time out.

Despite the lockdown due to the coronavirus pandemic, Ntcham added: “It’s been a great season. It wasn’t the easiest. I think it was a little bit tough for us because when you come back and you’re the champions, everybody wants to beat you. All the teams progressed in that way and every team wants to play and score against us.

“For us, it was the most difficult season because we lost some games, as well, but I think it was a great season to play and everybody can be happy that we achieved this target.

“First of all, we have to start the season and then we can start talking about scoring goals and playing the beautiful game, but I hope everything’s going to be right in the future and everyone will be able to enjoy the games again.”