The French midfielder celebrated his 24th birthday in the wind and rain of Cumbernauld yesterday to thump in the opening goal in the 3-0 triumph over Clyde.

The Hoops’ seventh successive victory since the turn of the year set up a Scottish Cup quarter-final meeting with St Johnstone at McDiarmid Park at the end of the month.

Ntcham has recovered his vim and vigour at the eight-in-a-row champions after a summer of transfer speculation when he was linked with a return to his homeland with Marseille while Sporting Lisbon and Porto had also been mentioned.

However, the former Under-21 international, who cost Brendan Rodgers £4.5million when he joined from Manchester City in June 2017, had a clear-the-air talks with boss Neil Lennon and his focus is firmly on bringing in more silverware during the club’s unprecedented run of success.

Brown, who scored his fifth goal of the campaign to add to Ntcham’s 16th-minute opener, told the Daily Record: “Olivier loves it here. He’s enjoying playing and he’s showing his quality on the park. Everyone appreciates that. 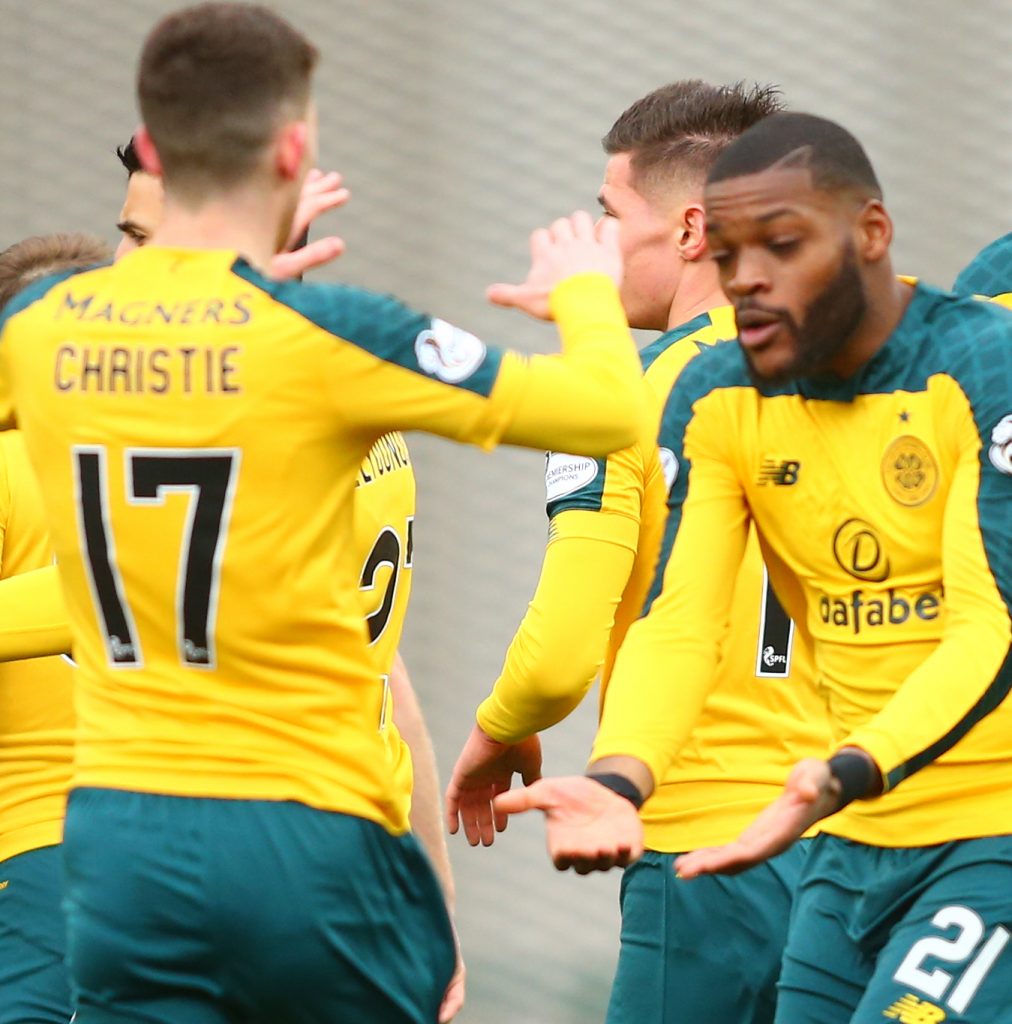 “He tracks back, too, that’s what the manager wants.

“He played a little deeper at Clyde than he normally does with Callum McGregor being out and Ryan Christie in the team, so he got a wee bit more of the ball.

“As soon as he gets it, he’s got that drive to go forward. He can go past somebody, he’s got a goal in him and he’s go the vision to see a pass, too.

“He’s very confident on the ball and he’s always a willing to take it in any situation.

“He chips in with goals, as well, and his finish here was incredible from where he was.

“He’s managed to take a touch and whip it in. It’s one of those that either goes in at the back post or someone manages to get a touch to take it in.

“That’s what he brings, but he’s also got that drive, he can play wee one-twos and his link-up play with Odsonne Edouard, Callum and Leigh Griffiths recently has been phenomenal.”