The Morocco-born Norwegian international is due to return to the south coast club when his temporary arrangement expires at the end of the month.

The 25-year-old left-sided raider is currently training at Lennoxtown as Neil Lennon’s men prepare for their tilt at ten, as CQN reported yesterday.

The Irishman has already admitted he would like to keep Elyounoussi and fans’ favourite Fraser Forster, also due to go back to the Premier League side after his spectacular comeback to Parkhead during the last campaign.

Former Hoops defender Vidar Riseth is a close confidante of the forward and reckons his old club should do all they can to get him back on board.

Elyounoussi cost £16million when he joined the Saints from Swiss outfit Basel in June 2018 and still has three years to run on a lucrative deal.

Ex-Norwegian cap ace Riseth, speaking to the Daily Record, said: “I believe Moi would be a great signing for Celtic. He’s a top lad. He trains hard as he is determined to be a better player. It says a lot that he is still training at Lennoxtown rather than going back to Southampton.

“I speak with him a lot and we had a good chat when I was in Glasgow earlier this year. He is really happy at Celtic – he loves it.

“He had some tough times at Southampton. There were a few injuries and he wasn’t able to play as much as he would have liked.

“It was a big move when he went there and it was for a lot of money.

“But it didn’t quite work out how he would have wanted for whatever reason.

“You could see he was enjoying his football again when he went to Celtic. He was playing with a smile on his face. That is important for a player – that’s when you are at your best.” 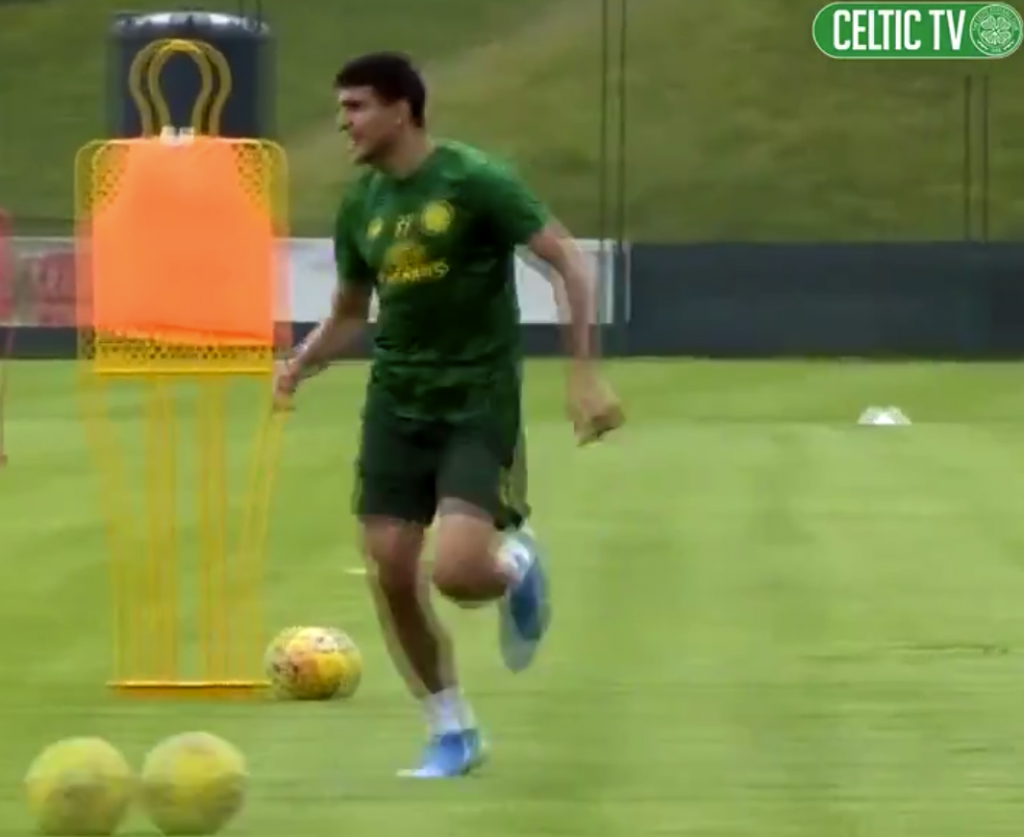 ON THE RUN…Mohamd Elyounoussi during training at Lennoxtown this week. Picture courtesy Celtic TV.

Riseth, who was signed by Jozef Venglos from Austrian club LASK in July 1998 for £2.25million, added: “I know he cost Southampton a lot of money but I don’t think he would be quite as much now. I wouldn’t want to put a price on him, but some players are worth spending money on.

“He is definitely one of them as he would be a great investment. He is the kind of important signing that can help win the league.

“If Celtic got him on a four or five-year deal there is no way they would lose out in the long term. His value is only going to go up again.

“There is more to come from Moi. He has the full package right now – he’s quick, strong and can score goals as well as create them for others. I believe he can improve, as well.

“He’s only been at Celtic a short time, but if he was to stay on a long-term deal I think the fans would seem him improve even more.

“We saw it for a few months, this is the kind of environment he thrives in.

“It’s not easy to play at a club like Celtic as there is a lot of pressure to win every single week.

“But he responded to that pressure. He loves playing in front of big crowds and the huge atmosphere.”

Elyounoussi claimed seven goals from 15 starts, but was forced onto the sidelines for two months after breaking a toe on international duty in November.

The pacy attacker gave Lennon options in the wide areas after Scott Sinclair was sold to Preston in January and Lewis Morgan also moved to Inter Miami.