Celtic Quick News on News Now
You are at:Home»CQN Events»ON THE BACK OF A COAL LORRY, SHARP SUITED LIONS, HEADING FOR GREENOCK
By CQN Magazine on 18th May 2017 CQN Events

“THEY are famous for what they did in their boots, but they are set to be centre stage again their suits,” reported the Celtic website today.

The club have commissioned a tailor to make each one of the Lions participating in the 50th Anniversary celebrations a stunning new suit.

The suits which will be worn by the Lions at a host of commemorative events including “Celebrate ‘67” at the SSE Hydro and a tribute Lunch with the Lions on May 26, feature this year’s special commemorative crest on the breast pocket.

It’s also what Willie Wallace an his mates will be wearing when they head down to the CQN In the Heat of Lisbon Party at the Greenock Celtic Supporters Club later that evening – Friday 26 May.

CQN has organised a Celtic Cabaret for the evening and the Celtic In Art exhibition will also be brought down to Greenock. 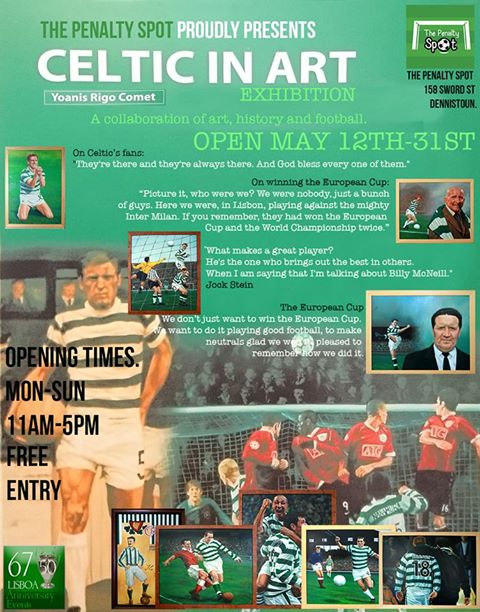 There will be a number of the Lions present and Alex Gordon, who spoke so well at Tommy’s funeral, will also be there to talk about the Celtic number 3.

We have been working hard to promote In the Heat of Lisbon and at least two of the three authors will be there to help us say Thank You to the Lisbon Lions on the night before the Cup Final.

John Traynor and Tony Griffin wrote A Season in the Sun 25 years ago and two and a half decades later teamed up with Mike Mayer and CQN Books to pay tribute to the Lions. 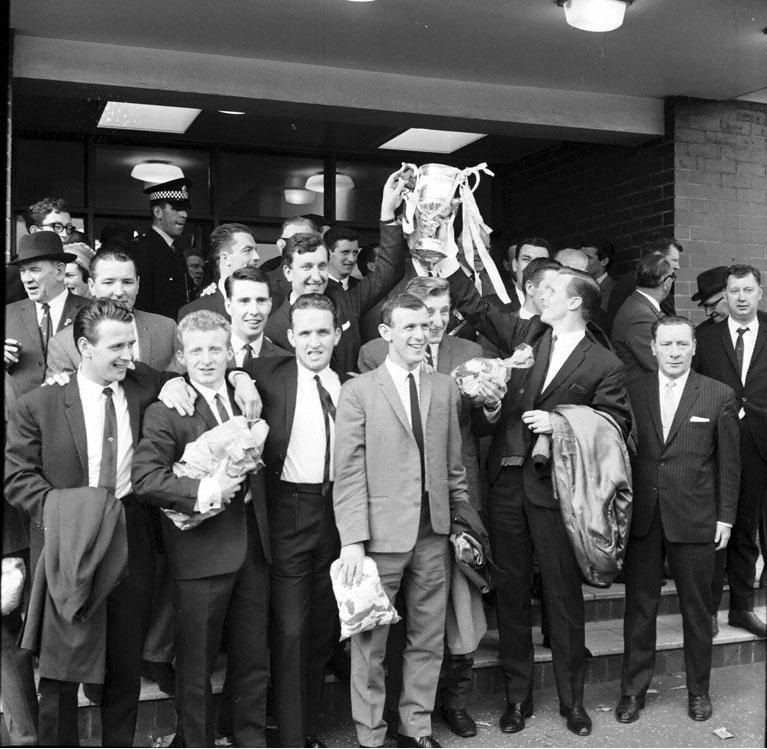 If Celtic do beat Aberdeen wouldn’t it be appropriate for Willie Wallace, who has brought ALL of his extended family to Scotland from Australia, be the man who hands Scott Brown and the Scottish Cup? 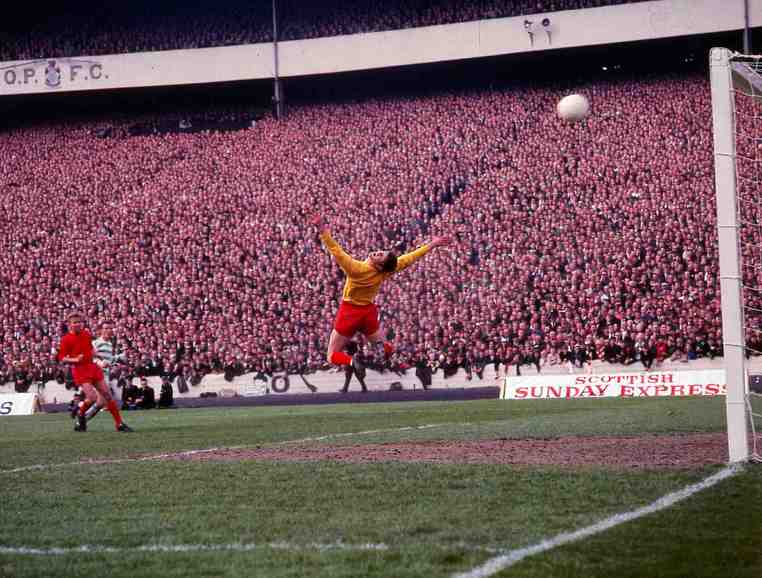 WILLIE WALLACE SCORES FOR CELTIC IN THE 1967 SCOTTISH CUP FINAL

There’s still time to get your RAFFLE TICKETS, at only £2 each to win a very special Lisbon Celtic shirt, the last one signed by Tommy. All the other Lions either have or will sign it by next Friday. Paul McStay also signed it for us. ALL the proceeds are being used to purchase THANK YOU gifts for the Celtic squad who played in Europe in 1966/67.

Get your Greenock tickets, priced £10, HERE. Your ticket will be given back to you and can be redeemed against any book at our bookstall, you can use this for autographs!

We still have stock of the Jock Stein Lisbon 1967 t-shirts HERE.

In case you missed it, we tracked down the Celtic supporter who ran onto the field of play at the final whistle in Lisbon – just as Celtic became Champions of Europe (just added that because it was nice to type) – and we ran a great interview with him on Saturday morning. He was in Vietnam so wasn’t easy to find!

See you all at Greenock CSC next Friday…In the Heat of Lisbon. It really is a top class supporters club and you will be made most welcome.