CALLUM McGREGOR has a 100 per cent record from the spot and is ready to fight Ryan Christie and Odsonne Edouard for the right to take Celtic’s penalty-kicks.

The midfielder stepped up to whip in an award to open the scoring in the 3-0 win over Ross County at Parkhead yesterday.

Remarkably, it was the first spot-kick he has taken for the Hoops in normal time.

It was the champions’ sixth award of the campaign and Christie had missed the previous two – against the Highland outfit in the 4-1 victory at Dingwall at the start of last month  and also versus Steven Gerrard’s side in the 2-1 loss before the turn of the year.

McGregor, who failed in the infamous spot-kick Scottish Cup semi-final shoot-out defeat against Mark Warburton’s Championship outfit in 2016, is now ready to take more in the future. 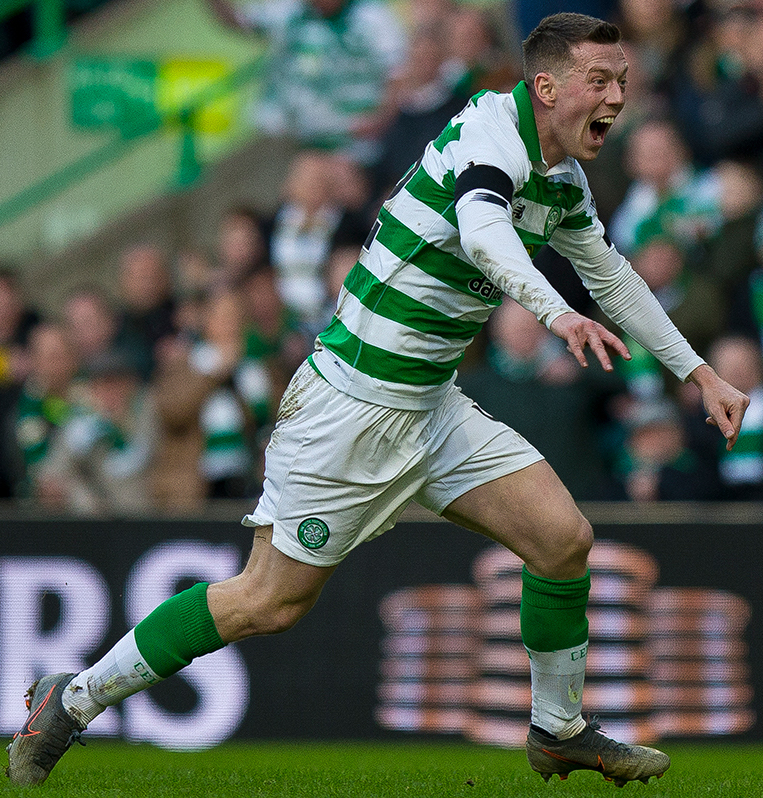 The Scotland international, speaking to the Evening Times, said: “With Ryan and Odsonne not starting, the responsibility was on me, so you just try to hit the target and make sure you score.

“My name was up on the board so someone has to step up. It’s the first pen I’ve actually taken in a game for Celtic so one from one is pretty good!

“It was a vital point in the game, it was a bit sticky, so it was important to get it.

“Then after half-time Odsonne comes on and changes things again for us.

“It is not something I have overly been involved in before, but I am happy to take them if the responsibility falls on me. I have big enough shoulders.

“I think it will be a three-way fight now!”

McGregor is hoping the Hoops can also keep their perfect record since returning to action after the mid-winter breaks with victories over Partick Thistle, in the Scottish Cup, and the Premiership tussles with Kilmarnock and County.

Neil Lennon takes his team to Perth on Wednesday for a meeting with St Johnstone, who overcame Killie 2-1 yesterday.

McGregor added: “I feel like it has been a good start. Obviously, there’s wee bits of rust to the performances, but it is important to win these games.

“As I touched on before, you have to go on a run and really put your foot to the floor and get the victories. There have been bits of the performances that have been great and bits that we can tidy up on.

“I think that was good to get a clean sheet,  it gives everybody confidence and we kick on again on Wednesday.”