Celtic Quick News on News Now
You are at:Home»Latest News»HOW THE LEAGUES WERE WON: PART 2
By CQN Magazine on 19th May 2020 Latest News

NEIL LENNON led the Hoops to a second successive crown with a solid 4-1 win over the Highlanders at Parkhead.

The holders went into the contest only needing a point, but, following a dull opening period, they sparked to life when Gary Hooper rifled in a double after the hour mark. The visitors’ stubborn resistance was breached again when stand-in skipper Joe Ledley added another.

The flags were flying and the delighted supporters were singing long before substitute Georgios Samaras completed the scoring with a superb solo effort in the 88th minute which was completed with a rasping angled drive that ripped into the net.

Aaron Doran netted a consolation strike for the visitors in stoppage time, but by then it didn’t matter with the flag party in full swing.

THE BIG KICK-OFF…Celtic stars from the past, including Billy McNeill, Bobby Lennox, Davie Hay and Danny McGrain parade the flag. 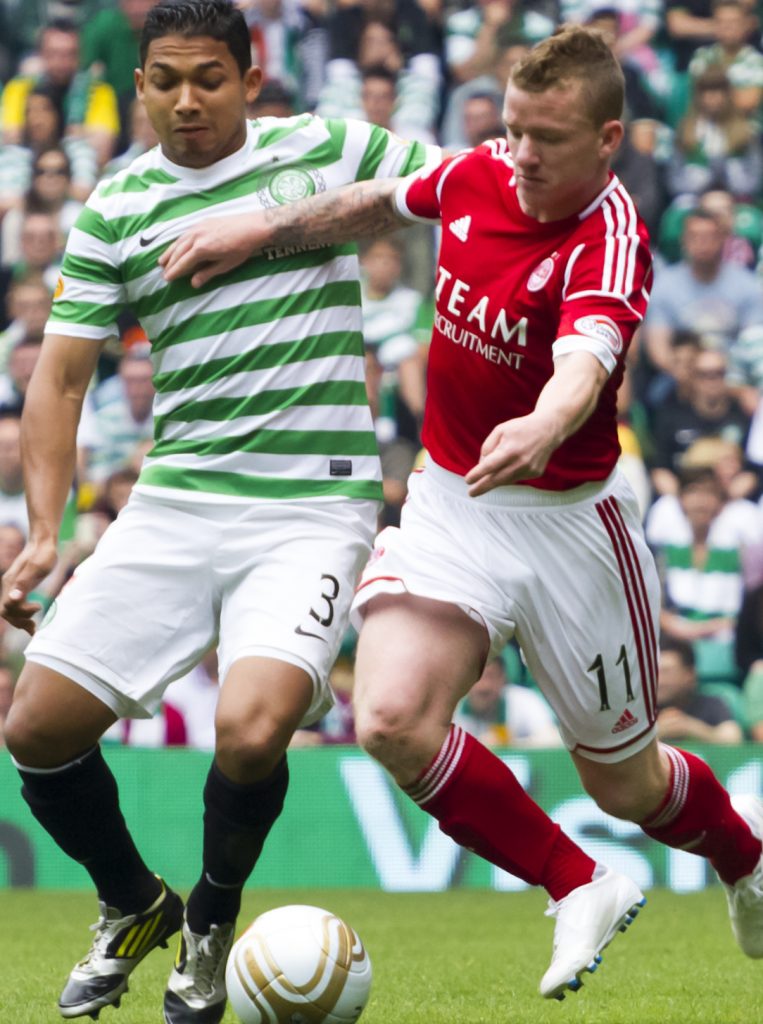 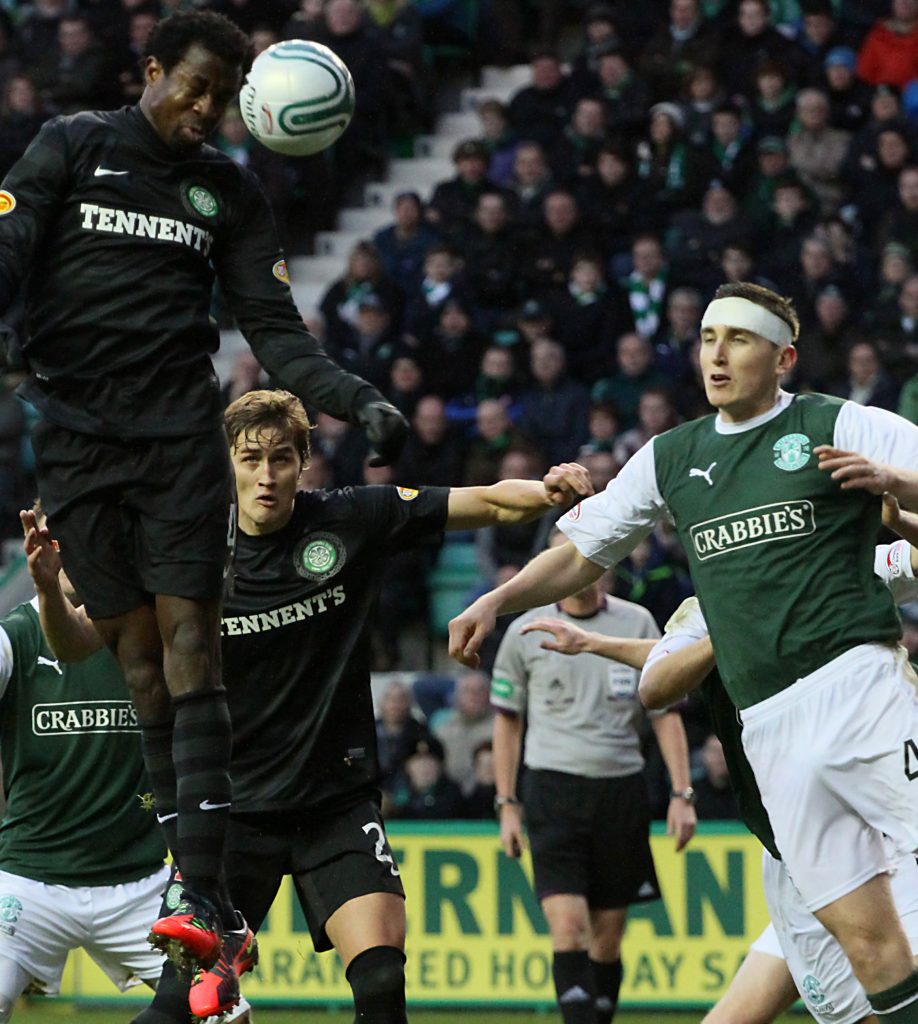 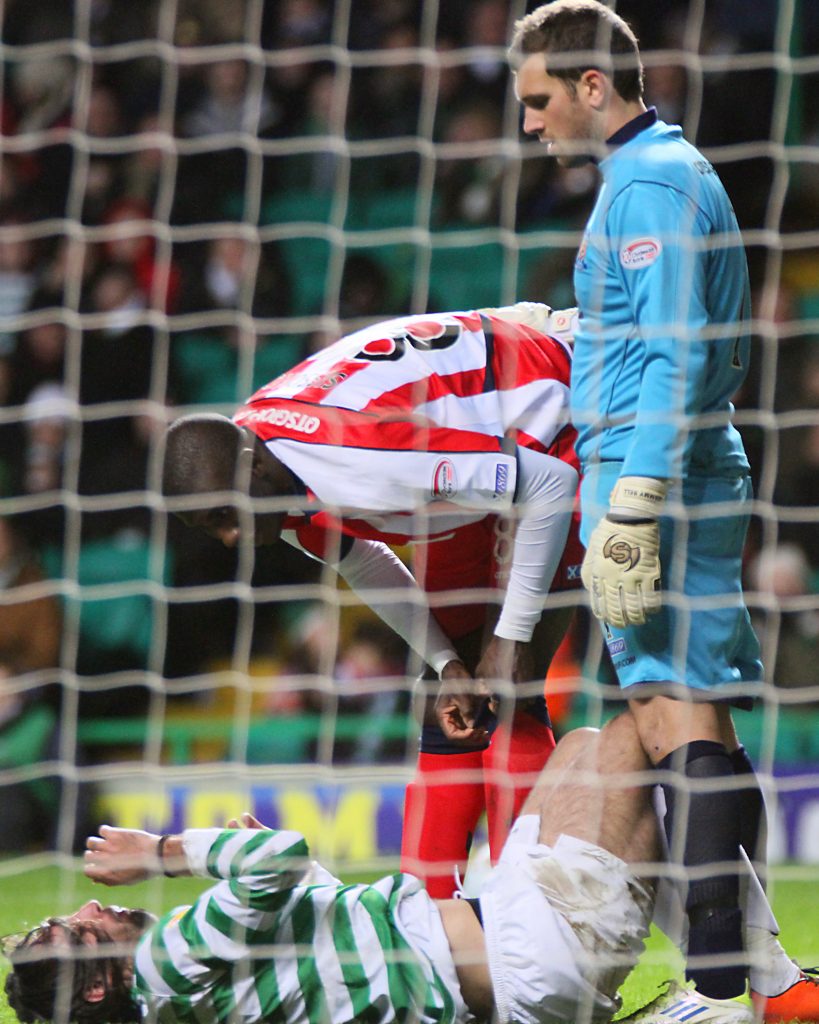 FLATTENED…Georgios Samaras lies in the Kilmarnock goalmouth after a clash with keeper Cammy Bell. 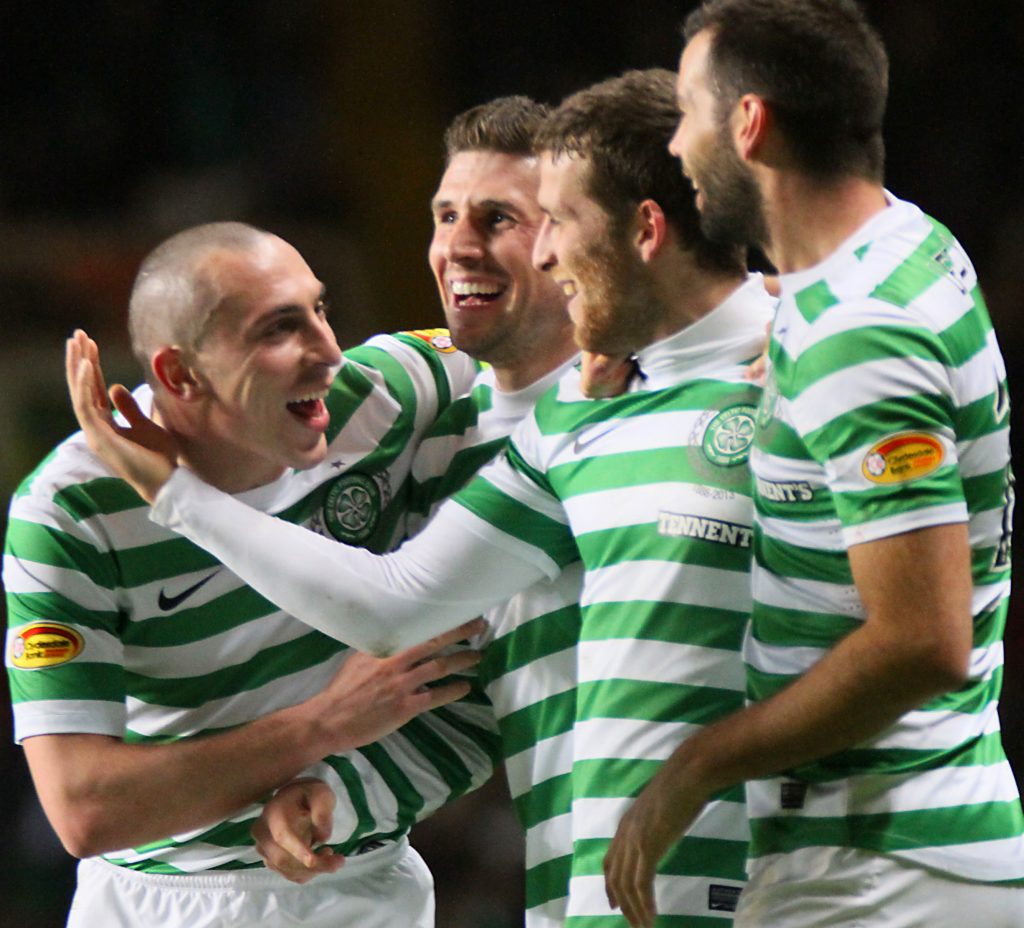 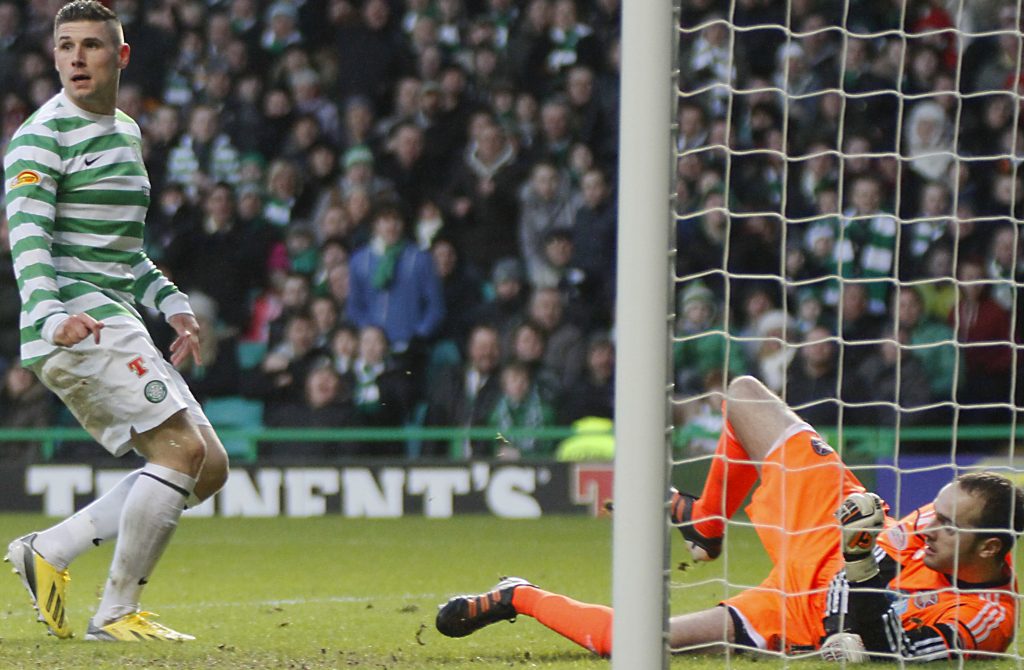 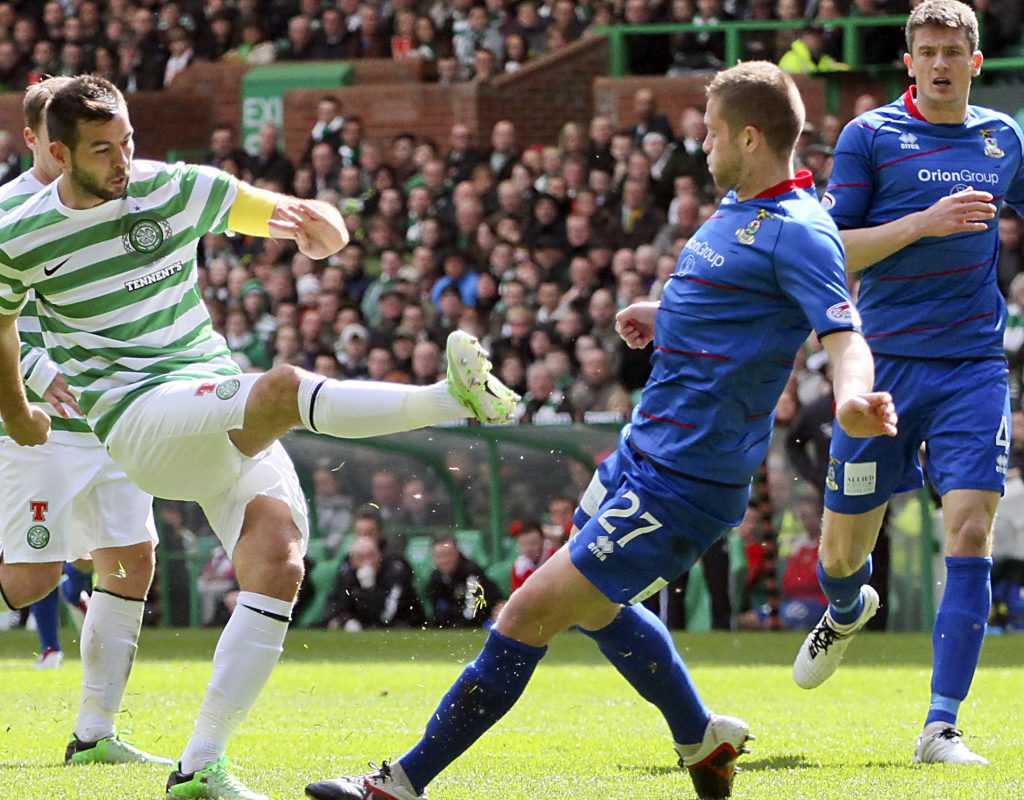 BEST FOOT FORWARD…Joe Ledley fires in a shot as the Inverness Caley Thistle defenders converge on him. 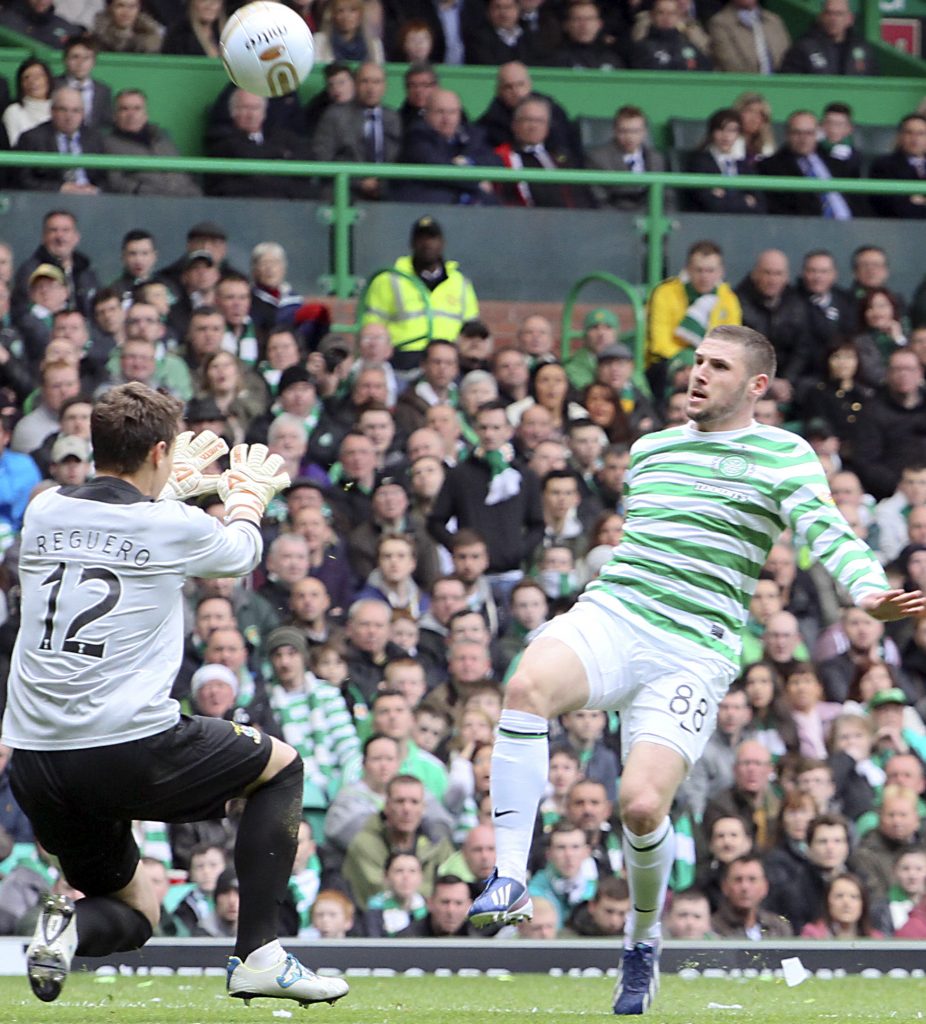 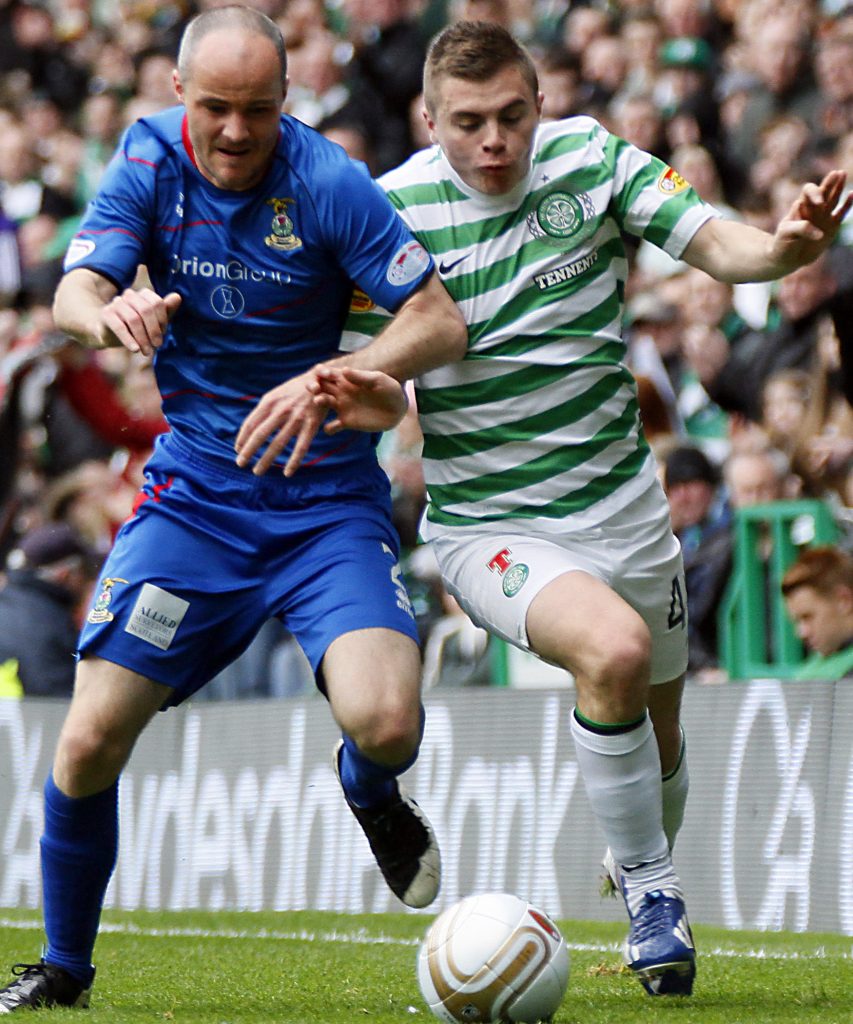 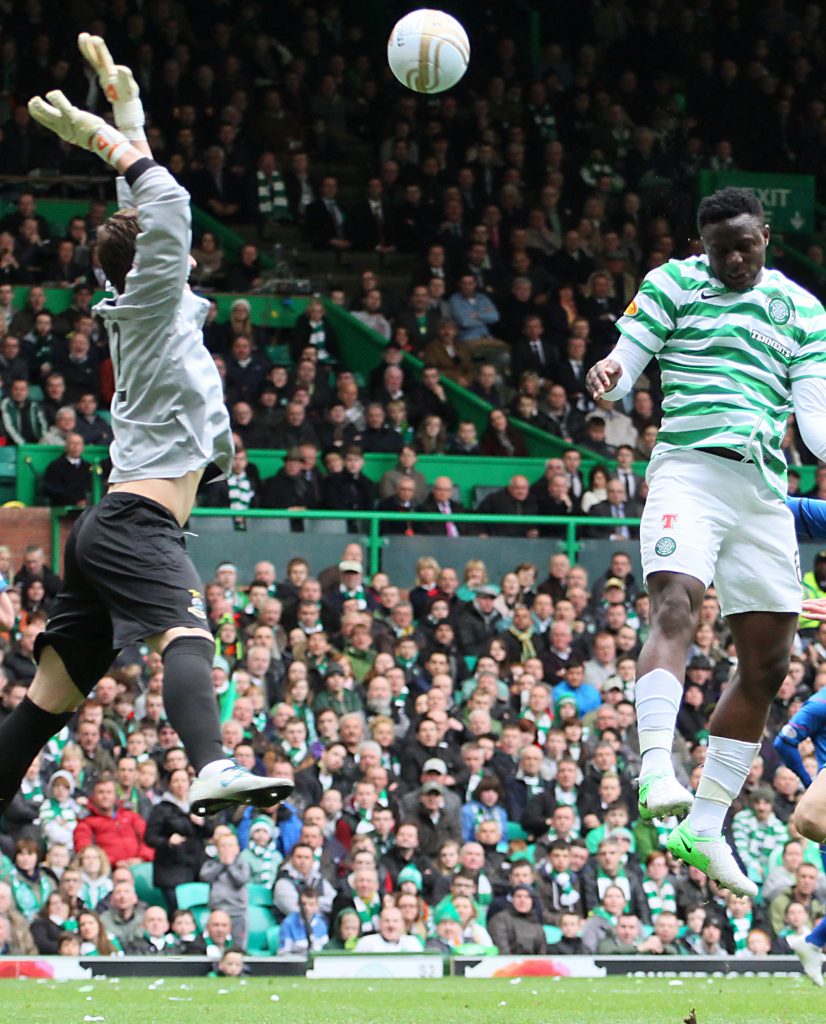 RISE AND SHINE…Victor Wanyama puts the pressure on the Caley Thistle goal. 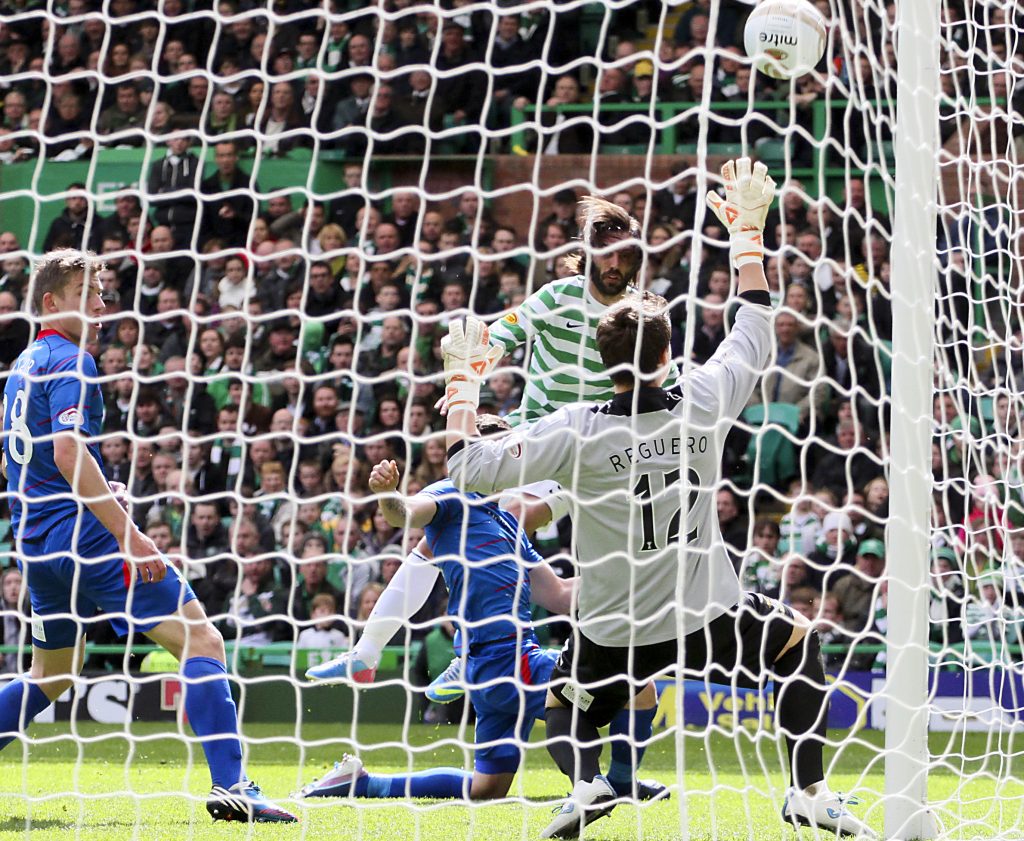 WHOOSH…Georgios Samaras slams in an unstoppable shot against the Highlanders. 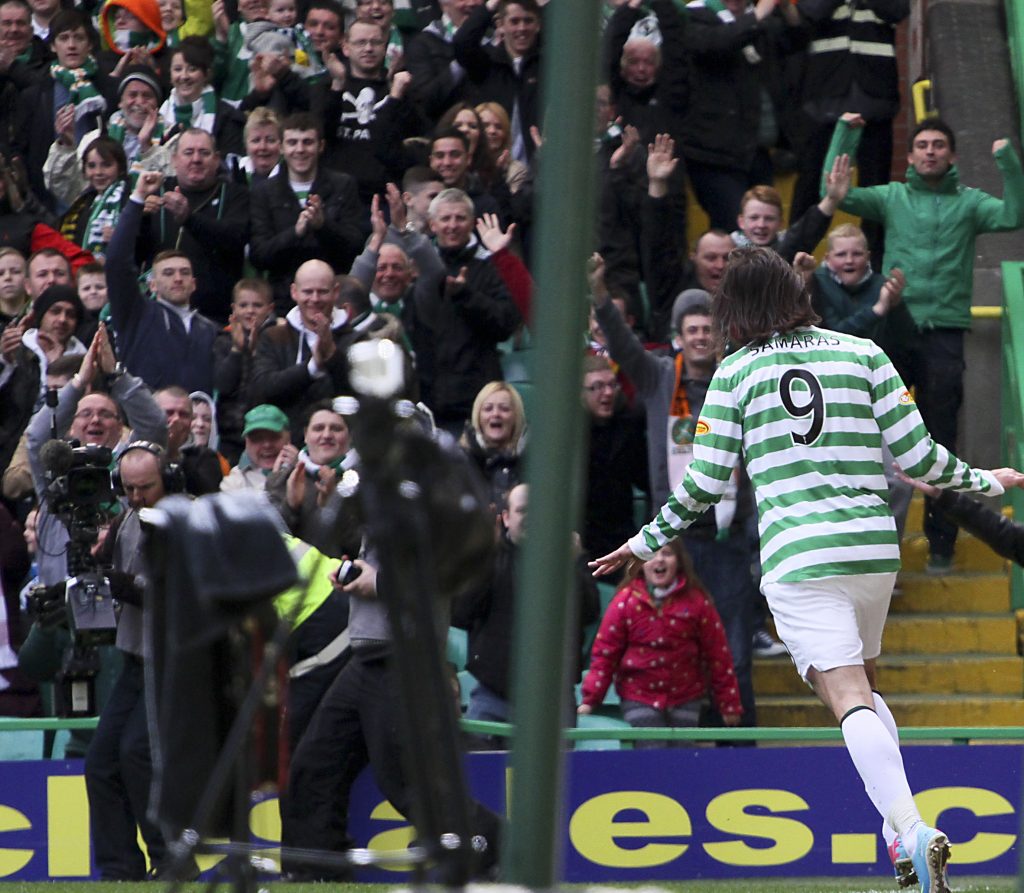 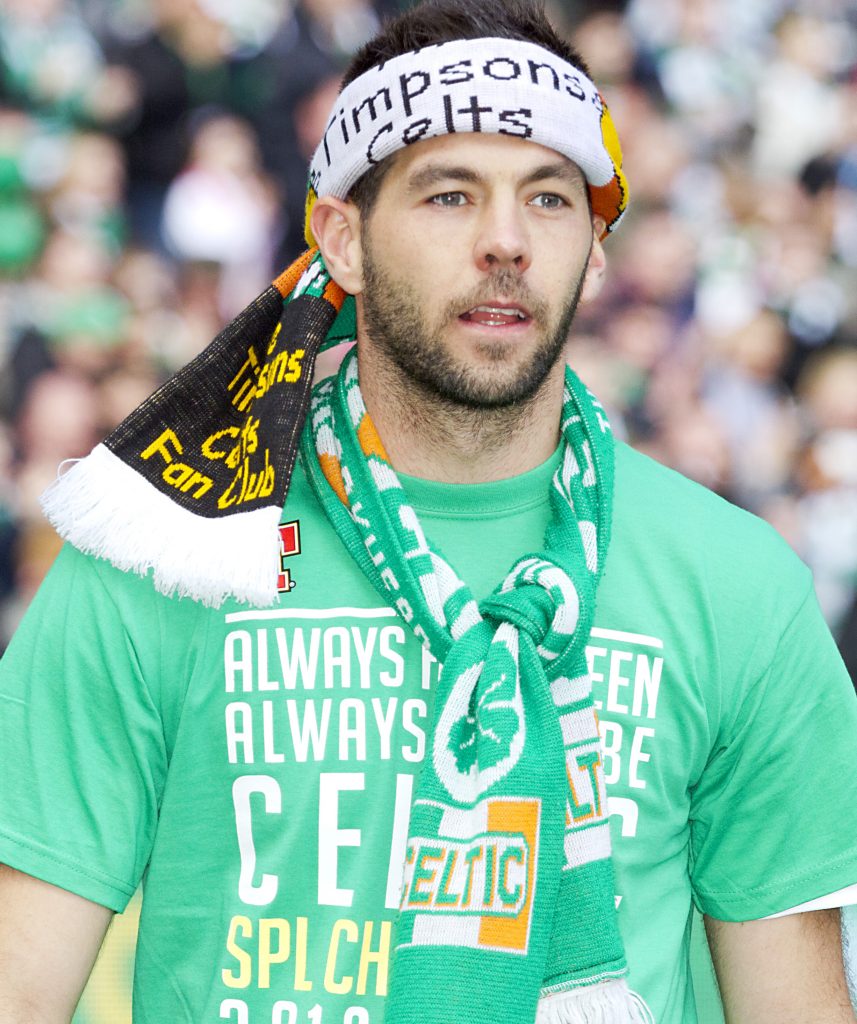 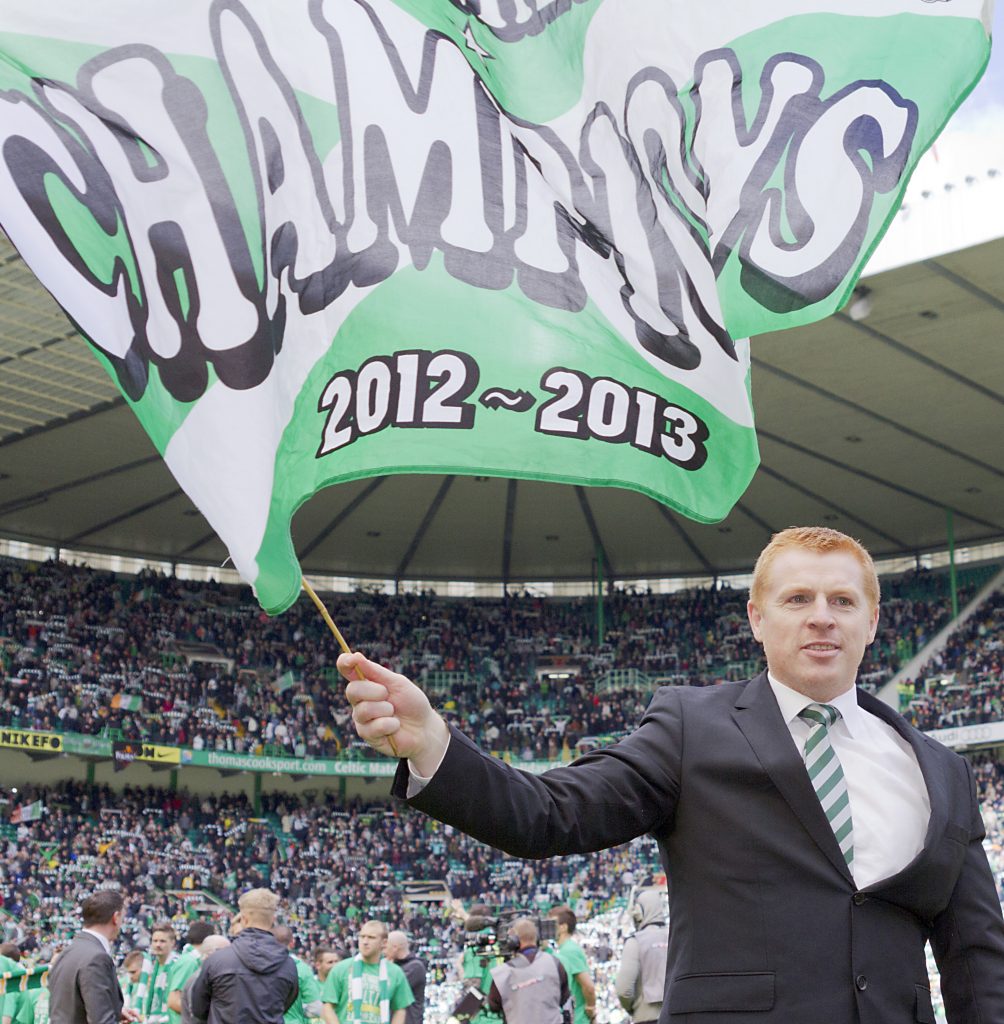 FLYING THE FLAG…Neil Lennon celebrates at the end. 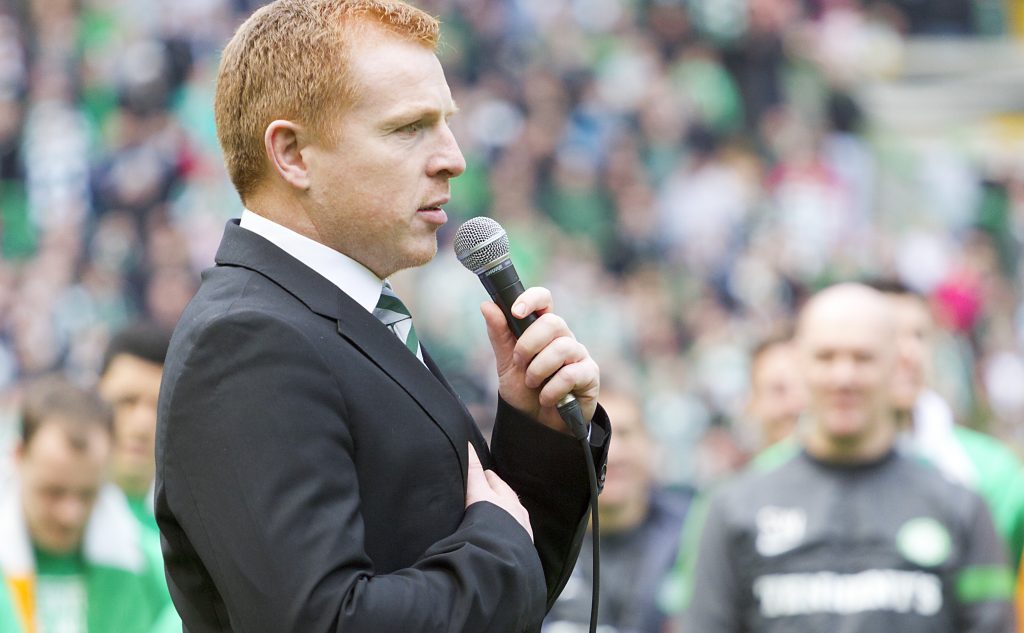 I DID IT MY WAY…Lennon at the microphone to thank the support.