CELTIC new Bhoy Youssouf Mulumbu wants to prove age is no barrier as he aims to win over the Celtic fans.

The 31-year-old Congolese international midfielder, who joined the champions as a free agent on deadline day, is determined to hit the ground running at Parkhead.

Mulumbu, who spent six months at Kilmarnock last season and scored the winning goal against the champions in February, accepts he was not  the massive signing the supporters expected, but he said: “Big names happen when you play well. I can be a big name in a few months if I score against Rangers and play some good games.

“It’s all about your performances. I know there is pressure on the team and club, but I’m ready for that.

“I’ve got experience and ability to play. I’m ready and excited to be in the squad.

“Maybe I didn’t realise how big this club was before, but I do now and I am so happy to be here. It was an easy decision for me – when a manager like Brendan Rodgers calls you then you don’t hesitate.

“I played against Celtic last season and I could feel the atmosphere and sense the pressure they were under and that’s different from Kilmarnock.

“It’s a once-in-a-lifetime opportunity for me and I will be a good match for Celtic.

“I was really clear with my agent that I wanted to play at the highest level possible. The highest level for me was the English Premier League, but if it didn’t happen the other option was Celtic. 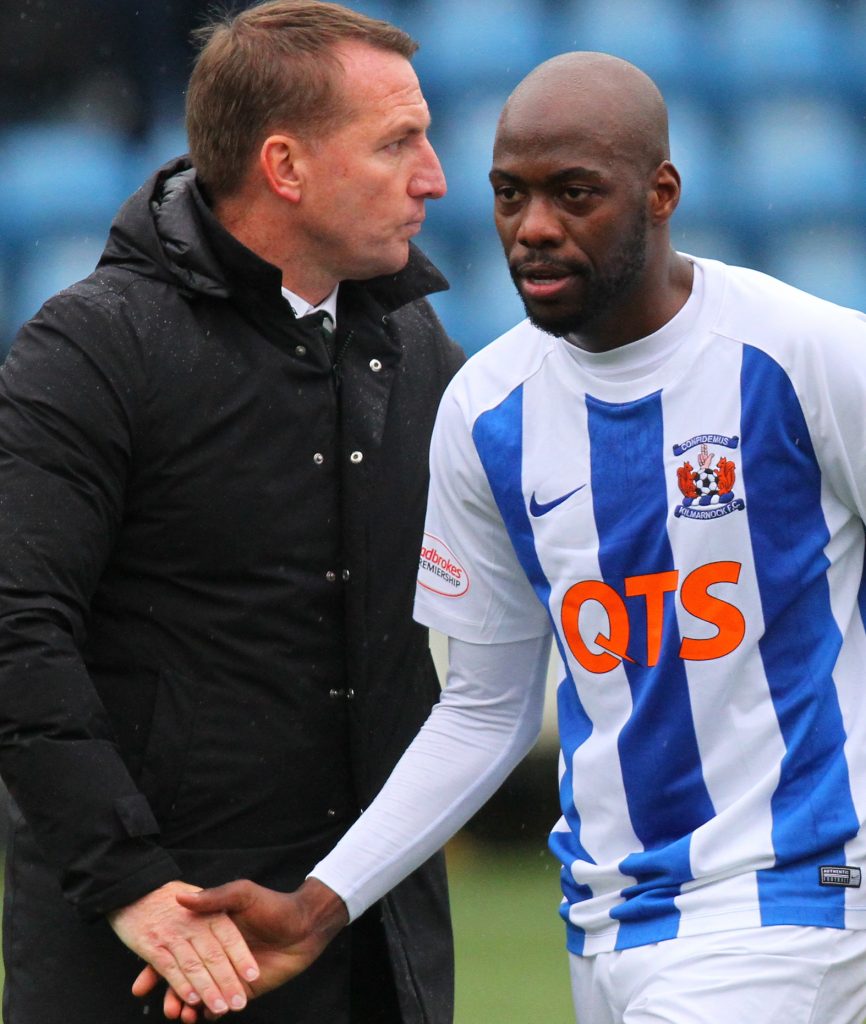 “I’m lucky to be here. At the same time, my performances brought me here. So, it wasn’t really a gamble because I knew something big was going to happen for me. Now I just have to show why I am a Celtic player.

“I first heard of Celtic’s interest three weeks ago. My agent called me and he had spoken to the board, so, after that, I had to have a chat with the manager. Once I had done that it was: ‘Let’s go!’

“Then it was the longest two weeks of my life until the deal was finally done.”

Mulumbu added: “I’m 31, but I still have the legs – once you hit 30 in football people think you’re old, but I proved last season that I can help this team.

“I played on the fake grass last season and it was quite hard, but I don’t feel 31. I don’t want to talk that much. I want to show it on the pitch. This is all I do.

“I prefer to be quiet and not be arrogant. I always work hard for the team. I know the fans will be happy with my work and we are going to win some titles, for sure.

“I need to be patient. My talks with the manager were really clear. I’m aware of all the players here. It’s a big club and there is always competition.

“If you show up well in training and on the pitch, then you are going to get your chance. I’m here to help the young lads like Olivier Ntcham and Callum McGregor. I know Scott Brown very well.

“I can play in different positions which is an advantage for me. So, when the gaffer needs me, I’ll be ready.”