THE memory of a miss against Dundee United 12 days ago motivated Matt O’Riley to claim his first Celtic goal in the dramatic 3-2 victory over Aberdeen at Pittodrie last night.

The £1.5million recruit from MK Dons last month reckoned he should have put one away in the match against the Tannadice outfit at Parkhead where Liel Abada was the last-minute hero with the only strike of the encounter.

However, O’Riley, who set up the opener against the Dons with a clever pass to the back-post which was knocked in by Filipe Jota, managed to get on the scoresheet on this occasion when he doubled the advantage three minutes later.

Declan Gallagher headed out a Callum McGregor cross which fell nicely just outside the box for the 21-year-old to unhesitatingly fire a first-time effort at the target.

The ball took a nick off the inside of David Bates’ right boot before sweeping beyond the stranded Gary Wood, but no-one would deny the stylish playmaker his moment  of glory.

O’Riley, speaking to Celtic TV, admitted: “I was thinking before the game that I could do with scoring tonight because that’s five games in and I’ve had one really good chance against Dundee United which I should definitely have put away, so that was still playing on my back of my mind a little bit. I was definitely happy to get on the board.

“We’ve proved that if we do concede a goal at a rough time, we’re able to come back into a game, we’re able to see out a game and grind out a result so, in that sense, we’re in a really good place mentally and physically. 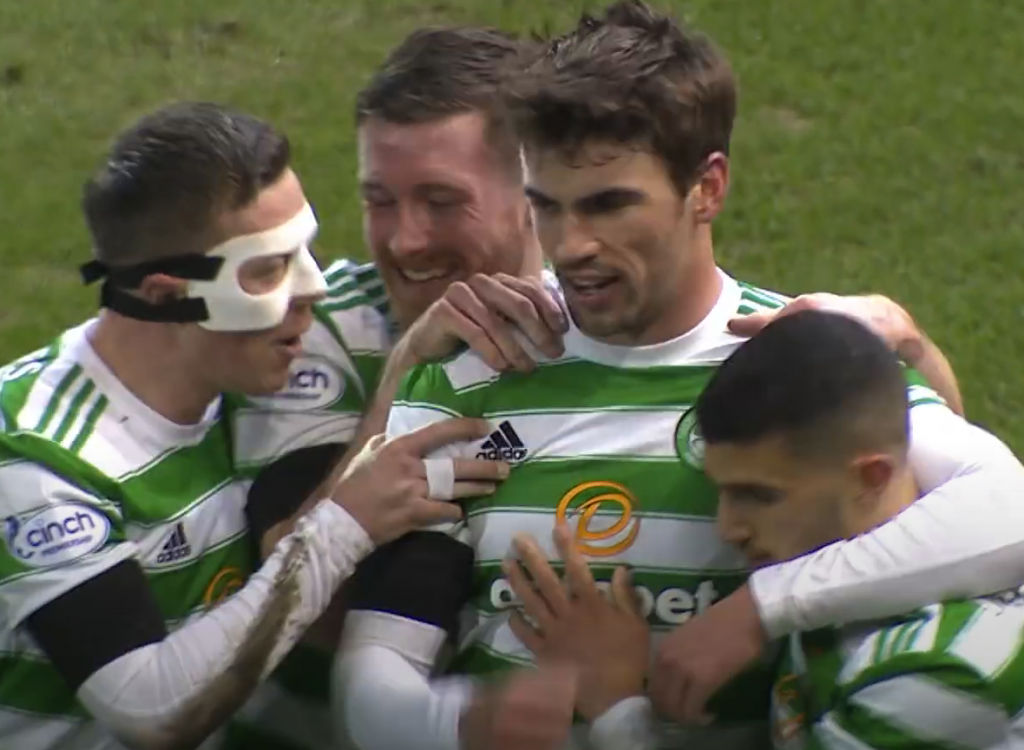 “At the same time, it’s just one game, so we need to keep our heads, stay focused and be ready for the next one.”

Raith Rovers are up next at Parkhead for Sunday’s Scottish Cup last-16 4pm kick-off and O’Riley added: “Every game is just as important as the next.

“We’re coming off the back of a few really good wins, but, at the same time, we approach every game in the same way and take it one by one and we’re going to keep doing that for the rest of the season.”