Celtic Quick News on News Now
You are at:Home»Latest News»‘OSCAR’ BROWN BACKS SCOTLAND BOSS
By CQN Magazine on 23rd November 2015 Latest News
CELTIC skipper Scott Brown is delighted Gordon Strachan has agreed to remain in charge of the Scotland international team for the next two years.The former Hoops gaffer was given a new deal by the Scottish Football Association despite the team failing to reach the Euro 2016 finals in France. 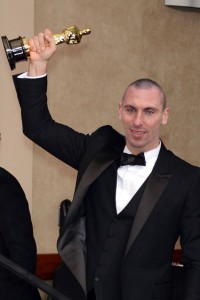 Brown, though, has still been impressed on several levels with Strachan’s work in trying to restructure Scottish football.

The midfielder said: “It is brilliant for the nation to keep him on for another two years.

“And what he’s doing from grassroots football all the way through to the first team, he’s making it enjoyable, getting kids, who maybe didn’t enjoy it, playing football again.

“And he got everyone in the first team playing football, as well, and we’re all enjoying that.”

Brown suffered a leg injury in the dying minutes of Saturday’s Scottish Premiership match between Celtic and Kilmarnock, but, despite limping off at the end of the goalless draw, he is expected to be fit to face Ajax in the Europa League on Thursday.

Meanwhile Scott Brown reckons he is in line for an Oscar after his debut acting performance in the new Celtic retail Christmas video which you can watch below. Don’t give up your day job Scott!

Scott Brown My Celtic Story is available from the new look CQN Bookstore now. Click HERE or click on the image below…