Celtic Quick News on News Now
You are at:Home»Latest News»‘OUR FOCUS IS ON HAMILTON,’ RODGERS
By CQN Magazine on 8th September 2017 Latest News

BRENDAN RODGERS insisted yesterday that Celtic are taking it one game at a time and that his management staff and the players are completely focused on picking up three points tonight at Hamilton.

“The league is our bread and butter. Our focus is to get a result against Hamilton,’ Brendan said.

“Once we’ve finished that game we can focus in on the Paris Saint-Germain game.

“It’s a really exciting time, it’s not a chore.

“This is what you are in football for, we’ve got a really busy schedule between now and Christmas but it is what you want.”

The Celtic manager and his staff took advantage of the international break to look at the visitors to Celtic Park on Tuesday night, but once he got his players back together from the various World Cup qualifiers, the attention went straight back onto tonight’s match which is a sell-out and is being shown live on BT Sport. 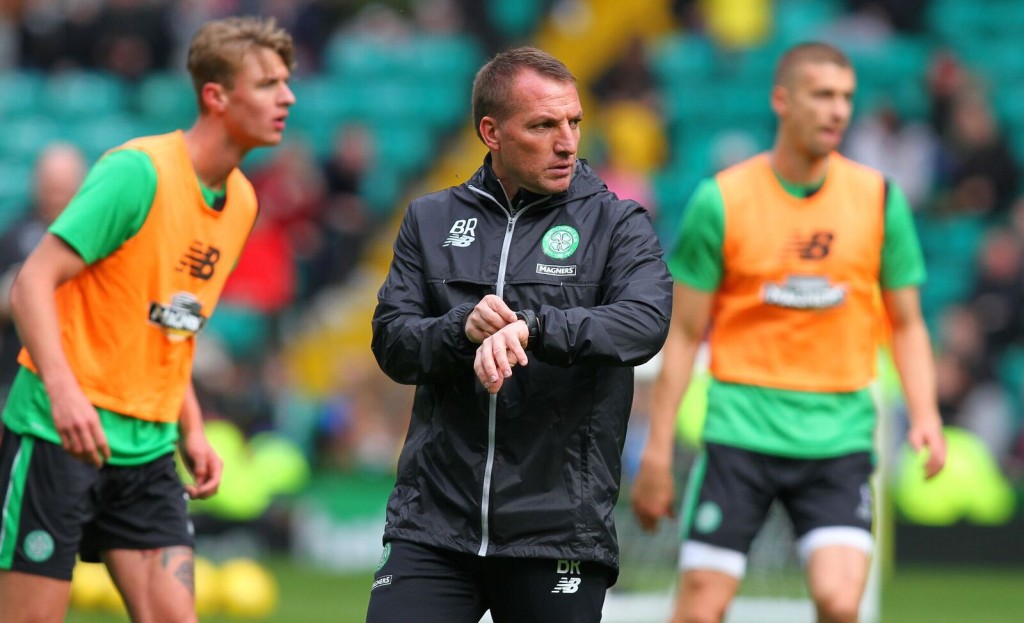 “The break gave us the chance to look at PSG,” Rodgers admitted. “You don’t have so many players here so it allows you to drift a little bit and look beyond that, so we have been able to watch some of the games.

“There is no shock, they are a top class team with top class players. But we are looking forward to it.

“It’s a great opener to the Champions League to be at home at Celtic Park against PSG, so we will look forward to it when it comes.”

One player who was away on international duty was James Forrest. He was one of six Celts who helped Scotland pick up another six points as they make a late push for a place in the play-offs. Forrest confirmed the view that Celtic are thinking only about Hamilton, for the moment anyway.

“Maybe the most important, because you need to make sure you win the league and win league games to get that opportunity to play in the Champions League.

“We know we need to be strong, we need to be at it for the league games and if you are not, as you seen in the last game we drew at home to St Johnstone.

“So we need to be at it and be ready for the league games as well.”

And on his return from Scotland duties, Forrest had the pleasure of welcoming back Paddy Roberts. The two will provide Celtic with ample quality down the right side this season, just as they did last year when Celtic remained unbeaten against any British side.

“Obviously Paddy was here for 18 months before,” Forrest stated.

“A massive club like Celtic are always looking to make the squad stronger so it is good to have competition for places.

“Last year we both had spells and the manager changed it.

“It has started well for me this season and I just want to keep going and keep playing.

“But if you have two or three players at international level who can play each position, every player knows they will need to keep at it or they will not be playing.”