IT’S been a long, long wait but tomorrow night Celtic will hopefully achieve something that they haven’t managed since 2013.

Our last Champions League group stage victory at Parkhead was a 2-1 win over Ajax on October 22, 2013.

Remarkably, only four players are still at the Hoops from the 18 who were stripped that evening.

James Forrest, who scored the opening goal, Nir Bitton, who was sent off, Mikael Lustig and unused substitute Tom Rogic are the quartet of survivors.

Even manager Neil Lennon and his backroom staff have moved on since that eventful win. 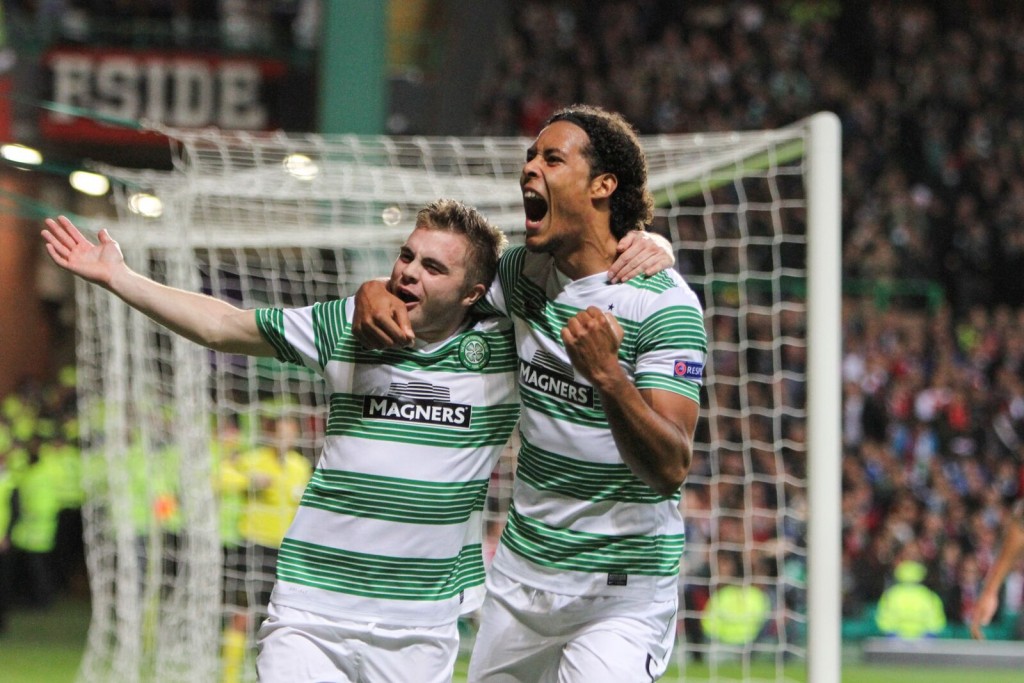 At the start of the month just over four years ago, Celtic had lost 1-0 to Barcelona in the east end of Glasgow when Cesc Fabregas got the only goal after Scott Brown had been red-carded following a tussle with Neymar.

On November 26, Lennon’s men lost again in front of their own fans, 3-0 against AC Milan to bring down the curtain on the top-flight campaign at Parkhead.

The triumph over the Amsterdam outfit brought the only three points collected as Lennon’s side finished bottom of the section following losses on their travels to the Italians at the San Siro (2-0), Ajax at the Amsterdam Arena (1-0) and the Catalan giants at the Nou Camp (6-1).

Forrest opened the scoring against the Dutch aces with a first-half spot-kick and Beram Kayal got what proved to be the winner with a deflected shot.

There was a late wobble after substitute Bitton, on for Lustig, was ordered off and Lasse Schone fired in an injury-time goal.

Ronny Delia replaced Lennon, but failed to get through the Champions League qualifiers in each of his two seasons in charge.

A 1-0 defeat at home to Maribor knocked them out 2-1 on aggregate in his first term and Malmo followed that up with a 4-3 win two-legged victory.

Brendan Rodgers stopped the rot last season, but the Hoops were still unable to win in Europe’s elite competition in front of their own fans – losing 2-0 to Borussia Monchengladbach, 2-0 to Barcelona and drawing 3-3 with Manchester City.