NEIL LENNON praised the professional attitude of his Celtic players as they overcame the massive disappointment of their Europa League exit to come back and beat St Johnstone yesterday.

The Hoops boss gave his team Friday off following the 3-1 loss to FC Copenhagen the night before as ambitions on the European front crashed and burned on a disappointingly dismal evening in the east end of Glasgow.

It was a sore one to take, especially after doing the hard work away from home and gaining a 1-1 draw in the Danish capital the previous week.

The players had accepted the reality of the situation and, after returning to training on Saturday, they had to embark upon the tricky tie in Perth in rain-lashed, blustery conditions on a heavy, muddy surface at McDiarmid Park.

In such stamina-sapping circumstances, a treacherous slip is never too far away.

Lennon, speaking to the Daily Record, said: “St Johnstone was difficult, mentally and physically, after Thursday. The players have picked themselves up – they are good that way. 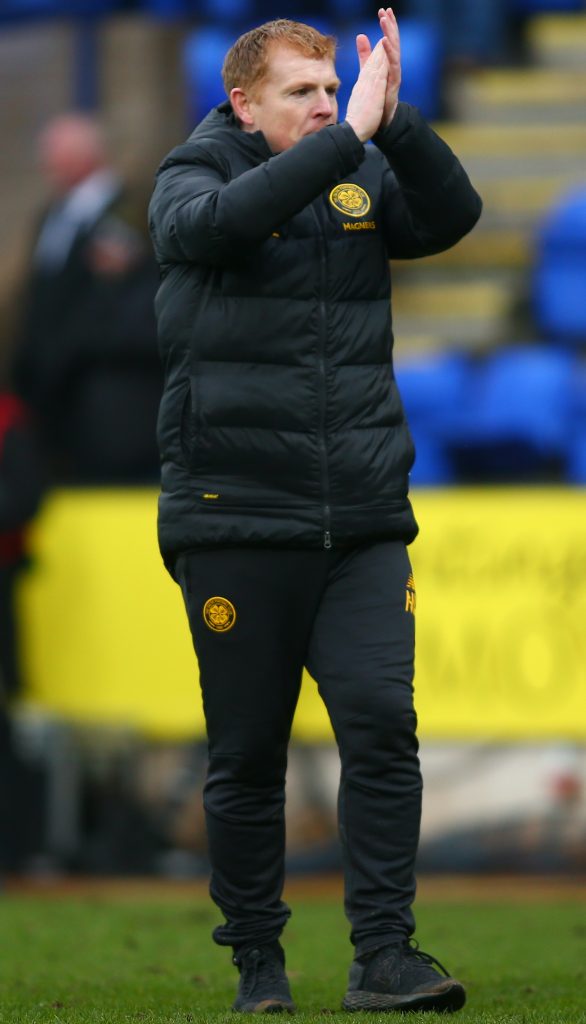 “They didn’t have long to dwell on it. It was only a couple of minutes in the game on Thursday in which they let themselves down, a couple of basic mistakes. However, we still have a lot to play for domestically.

“Their fitness levels were good. too, and if some of them were out on their feet at the end, it was understandable.

“You know what? They are human beings and can’t keep churning out result after result and performance after performance. People expect that of them, but it’s not easy.

“There is a good core there and they just will not leave it. There’s something in there that they just want to keep it going.”

The holders, with an incredible quadruple treble in sight, will now make their 15th consecutive trip to Hampden next month for the semi-final against Aberdeen.

Before that encounter, though, there are five crucial Premiership challenges to be dealt with, starting on Wednesday at Livingston – a venue where they lost 2-0 earlier in the term – and then a home game against St Mirren on Saturday before a trip to Ibrox eight days later. The following Saturday brings another tussle with Tommy Wright’s Perth outfit at Parkhead – where the Saints were routed 7-0 on Flag Day in August – and there is also a trip to face Hibs at Easter Road a week later.

An exhausting schedule, but Lennon’s troops have proved they are built for such rigorous tests.