Celtic Quick News on News Now
You are at:Home»Latest News»OVER TO YOU, GRIFF: ANGE’S WARNING TO STRIKER
By CQN Magazine on 20th July 2021 Latest News

LEIGH GRIFFITHS has been given one last chance to impress new boss Ange Postecoglou.

The manager has told the wayward striker, who will be 31 next month, has been told to make the most of the opportunity that has been granted to him.

Griffiths is in the frame to be included in the squad for the crucial Champions League second round qualifying first leg encounter against the Danes of FC Midtjylland at Parkhead this evening after being cleared by cops over alleged inappropriate social media messages sent to two teenage girls.

Postecoglou insisted the ball is now in Griffiths’ court to prove he still has the qualities to make a success of his career at the Hoops after Neil Lennon’s successor activated the remaining 12 months of his contract. 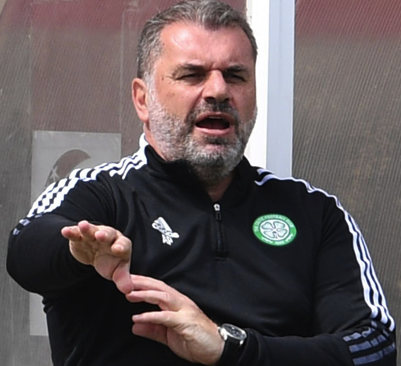 I’M IN CHARGE…Ange Postecoglou shouts out some instructions.

Asked about the player’s future at the club, the former Australia international manager answered: “I don’t think that’s a question for me. You should probably put that question to Leigh.

“I’ve given him an opportunity to contribute to our season ahead and he’s now in the building, he’s training, with the opportunity to do that. Beyond that, the rest is up to him.

“My role is that I’m football manager of this club.

“I have responsibilities and a care for the people who are part of this football club. I had a team to prepare and Leigh wasn’t part of that whilst it was happening. But he’s now come back in and, for me, we move on from it.

“It’s pretty simple and, as I said to Leigh as I have said to all the players at the outset, the expectations and standards in terms of what I look for are pretty clear.

“And if people fall short of them then it doesn’t matter who it is, they’ll be dealt with.

“What that means depends on what happens. But once it’s been dealt with we move on.” 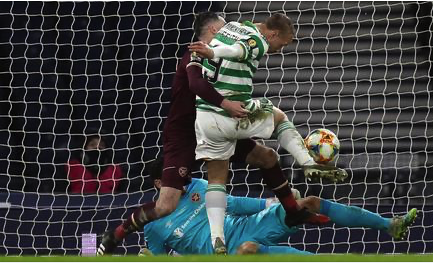 Postecoglou is determined to draw a line under the Griffiths situation and, speaking to the Daily Record, added: “I didn’t want any distractions from what we were doing in the camp, so Leigh had to go away and deal with the matter with the authorities.

“And whilst he wasn’t with us, I didn’t give it a second thought because I didn’t have the time to do that.

“Once we got back and the authorities had dealt with the matter – and Leigh was allowed back into the group – then he becomes a player again for me.

“He’s someone who is required in the squad and he’s trained the past few days and is now available for selection.”

It’s payback time for the striker who has contributed a meagre total of 25 goals over the past three years. Tonight would be an ideal and opportune occasion to make up for lost time.