Celtic Quick News on News Now
You are at:Home»Latest News»OZ-SOME! ROGIC ‘PROUD’ AFTER 5-YEAR DEAL
By CQN Magazine on 17th May 2018 Latest News

The 25-year-old Australian playmaker ended speculation over his future when he penned the extension that will keep him at the champions until the summer of 2023.

Rogic, last season’s Cup Final-winning hero against Aberdeen, said: “I feel great to have signed a new contract. I’m very proud and honoured to be able to commit my future to the club.

“I enjoy playing regular football here. I’m working under a top-class manager and to play here is something that’s very special to me, so I couldn’t be happier.

“The support here is very special and sometimes it’s hard to describe. To feel so loved and wanted by the fans is all a player can really ask for.

“It’s my job and the players’ job to repay that. Now that my future’s sorted, I can focus completely on playing football and giving everything I have for the club, as I have done for the past five years.” 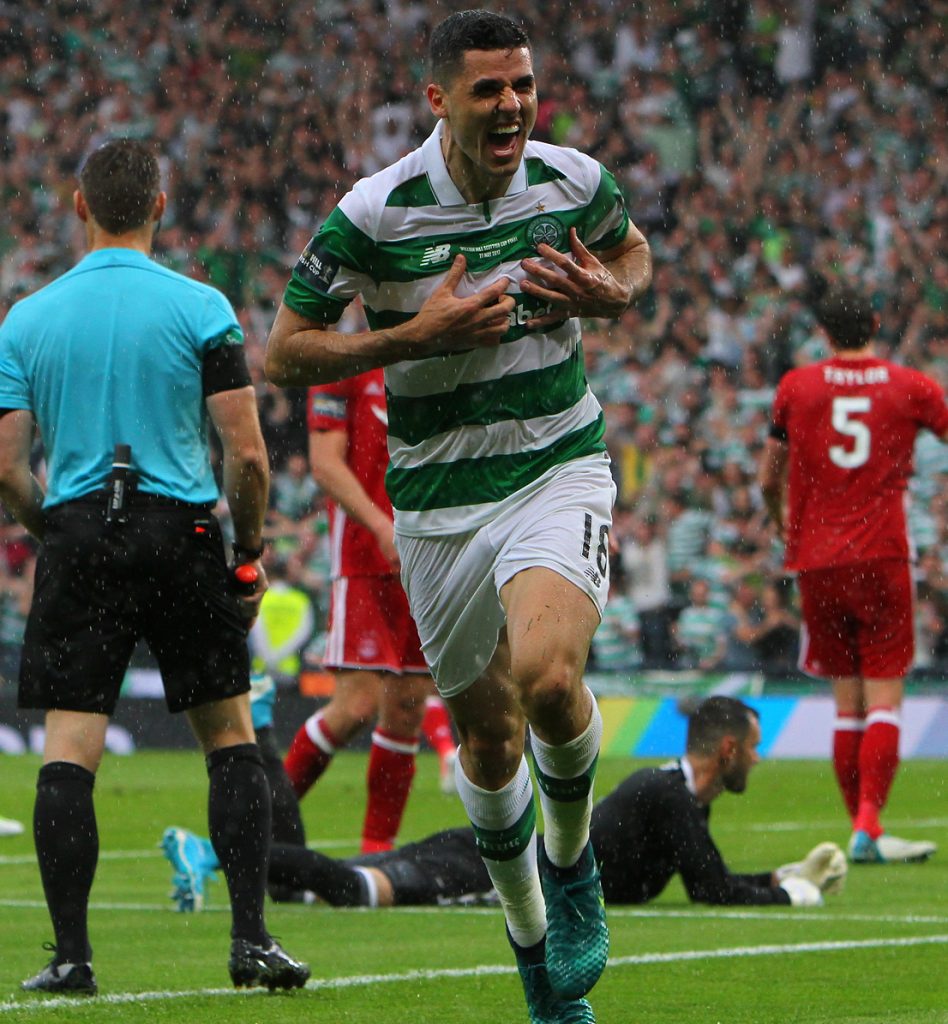 HAIL THE HERO…Tom Rogic turns away in delight after his stoppage-time winner against Aberdeen in the Scottish Cup Final last season. Pic: Geo.

Rogic signed for the Hoops in January 2013 in a bargain £750,000 buy from Australian side Central Coast Mariners and made his debut for Neil Lennon’s team the following month against Inverness Caley Thistle.

He returned to the A League in January 2014 where he gained first-team experience playing for Melbourne Victory for the second half of the season before returning to Parkhead in the summer.

The Aussie added: “When you win a single trophy, it’s something very special. So to have won as many as I have is another reason why I love it here and why I feel very privileged to represent the club.

“The Scottish Cup Final goal last season was a pretty special moment that I think will be hard to top. I’ve played in a lot of big games at this club and to have contributed a small part to that makes me very proud.

“I’ll keep working as hard as I can to hopefully create more in the future.”

Rogic is the third Celtic player to commit himself to the club in the past week with goalkeeper Scott Bain and defender Kristoffer Ajer agreeing four-year extensions.