Celtic Quick News on News Now
You are at:Home»Latest News»PADDY HIT BY EURO FINALS KO
By CQN Magazine on 6th June 2017 Latest News
PADDY ROBERTS has been left out of the England squad for the European Under-21 Championships.
The winger, who completed his 18-month loan deal at Celtic at the start of the month before returning to Manchester City, has been sidelined with a hamstring problem.
Manager Aidy Boothroyd decided against taking a risk with the 20-year-old attacker for the tournament that starts with a game against Sweden a week on Friday.
They take on Slovakia three days later before a clash with hosts Poland on June 22. 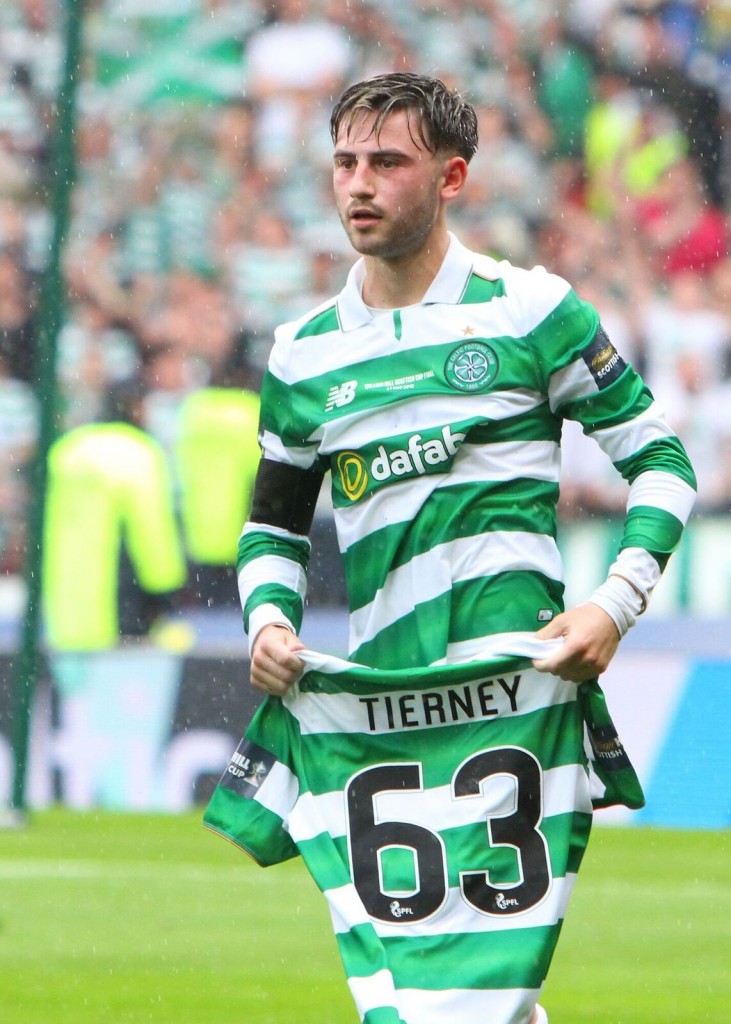 Boothroyd said: “We’ve got players with big-game experience now, lads who have played in Cup Finals, Play-Off Finals, big games and a couple of senior internationals.
“In this particular age group, we have a very capable, mature squad with a nice balance between the soldiers and the artists, so I’m really looking forward to it.”
Manchester City’s Angus Gunn, son of former Scotland international Bryan, who played for Aberdeen, is one of three keepers in the pool.
Jonathan Mitchell, of Derby County, and Sunderland’s Jordan Pickford are his glove rivals.
I THOUGHT MY CAREER WAS COMING TO AN END…read HERE
DEMBELE’S BACK…read HERE
WHY MOUSSA MUST STAY…read HERE
CQN’s VENI VIDI VICI – I came, I saw, I conquered tribute t-shirts for Brendan Rodgers are selling fast. On the back we have Brendan’s quote from last Saturday at the Scottish Cup Final – “I was born into Celtic,” order yours now at cqnbookstore.com
These t-shirts are arriving today and will be shipped immediately so you can have yours in a day or two!