FORMER fans’ favourite Paddy McCourt will return to Celtic as the club prepares to host ‘A Match for Cancer’ on September 8.

The Irish midfielder – nicknamed the Derry Pele – will be among a host of familiar faces who will feature in Stiliyan Petrov’s squad for the fundraiser, sponsored by Dafabet, as they meet a line-up chosen by the opposing captain, James Milner.

McCourt, 34, has spent the last 10 months running his Talent and Development Academy for children aged 8-13 years-old, while playing part-time for League of Ireland side Finn Harps.

He will, however, bring an end to his playing career in September to focus on his new role of Head of Academy at Derry City.

McCourt spent five years with the Hoops between following his arrival in 2008, scoring some memorable goals along the way, and he is relishing the prospect of playing in front of the Celtic Park support once again.

He said: “I’m really looking forward to sampling that special atmosphere again. Since I left the club, I hadn’t managed to get back over at all until May this year, but with my playing career coming to an end it will hopefully allow me to get across more often now.

“I’m absolutely over the moon to have been invited to play in the charity match and on a personal note, it will be fantastic to step back out there at Celtic Park. The Celtic support is really special and I know they’ll come out in their numbers for this match, as they always do.” 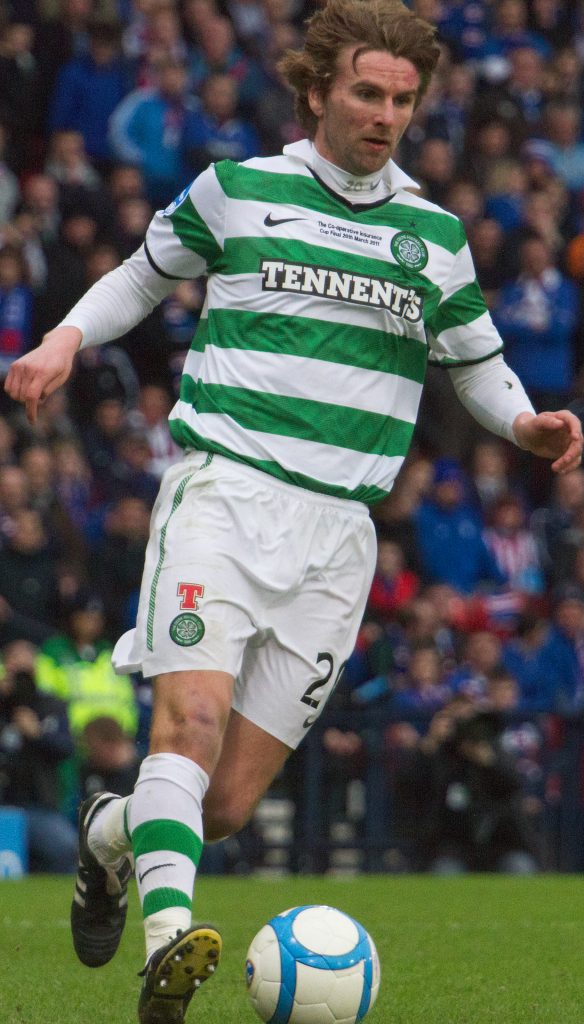 Proceeds from the match will be devoted to tackling cancer through three equal beneficiary charities – Celtic FC Foundation, The Stiliyan Petrov Foundation and The James Milner Foundation.

McCourt said: “It’s a disease which affects so many people and you’ll be hard-pushed to find someone who hasn’t known a friend or family member to have been affected by cancer at some point. I’m honoured and privileged to have been asked to play in this match. It’s a great cause and I know that the funds raised will be put to good use.

“Stiliyan and James have both had wonderful careers and been fantastic players, but they also have great reputations within the game for how they conduct themselves as professionals and as people.

“I’m delighted to be available and able to help by taking part in the match. I’m sure there will be a competitive edge to it and it’s important that we make it an entertaining occasion for the supporters, but the main thing is to ensure that plenty of money is raised.”

Reflecting on his Hoops career, McCourt added: “There were plenty of great moments and I was really lucky I played in a team that was always competing and I managed to win a few trophies.

“On a personal note, though, there are two memories that I look back on most fondly.

“Firstly, making my competitive Celtic debut against Hibs, which was a huge occasion for myself and my family. Secondly, scoring my first goal for the club against Falkirk was an incredible moment.

“Having grown up supporting Celtic, playing and scoring for the team was the stuff of boyhood dreams and those are two things I’ll remember for the rest of my life.”

Tickets are now on general sale, on a first come first served basis – maximum of 10 per person – priced at £14 for adults and £6 for concessions.

Tickets are available to purchase online at www.celticfc.net, by calling 0871 226 1888** or by visiting the Celtic Ticket Office. The lower tier will be on sale in the first instance and Rail Seating does not apply to this match.