PADDY ROBERTS today praised Celtic’s summer signing from Aston Villa and reckons that Scott Sinclair is now on top form as Celtic prepare to get back to league action on Wednesday evening when St Johnstone visit Celtic Park.

And Roberts admitted that he was very impressed by Sinclair’s spectacular opener yesterday against Albion Rovers in the Scottish Cup, even if he’s not entirely convinced that he meant it!

“I don’t know if he meant it…but it was a great goal,” laughed Paddy at today’s press conference.

“Scott has been great since coming in. He has taken the club by storm. Yesterday he was on top form.”

And young players like Roberts clearly appreciate having such a high quality professional at the club. Still talking about Sinclair, Roberts said:

“He’s been a real help and he’s always staying back to do more and it makes you want to do better yourself.”

The former Hibs boss watched the left-sided attacker score a spectacular goal – his 13th of the campaign – in the 3-0 Scottish Cup win over Albion Rovers on Sunday. 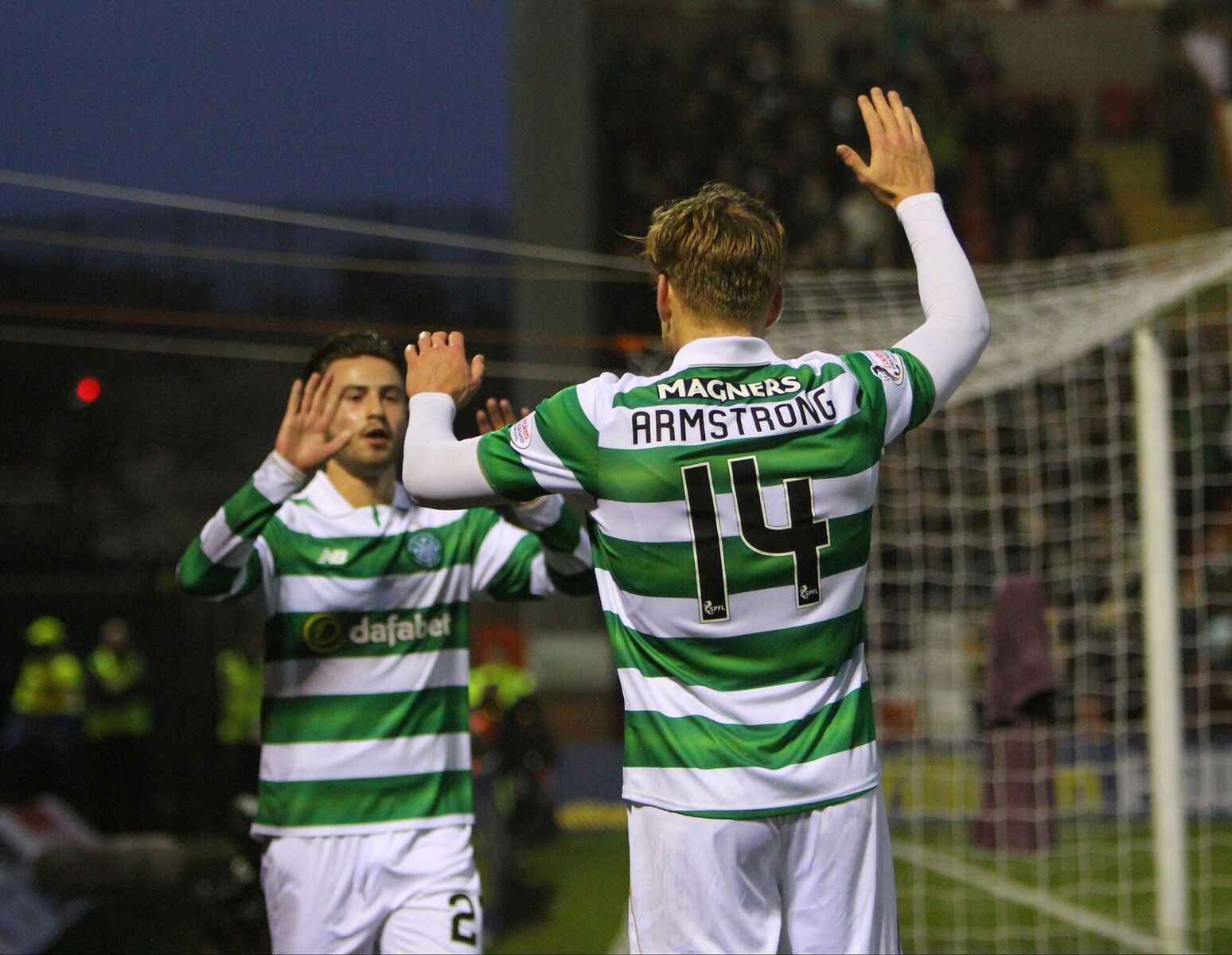 And the ex-Hoops centre-half hailed the impact Sinclair, 27, has had since joining the club in a £4.5million deal from Aston Villa in the summer.

Stubbs said: “It was fantastic technique for the goal and I think he has been as good as Dembele this season.
“Dembele has got all the headlines, scoring goals, but Sinclair has made a huge contribution to Celtic.”
The French Under-21 striker also netted against the part-time Coatbridge outfit for his 20th strike of the term.
Stuart Armstrong claimed the other goal in the last minute for his ninth in an impressive season.
Last time out, Leigh Griffiths claimed 40 goals and the nearest goalscorer to him was Tom Rogic who hit 10.
The Aussie has already netted 11 under Brendan Rodgers’ guidance with the second half of the season still to go.