Celtic Quick News on News Now
You are at:Home»Football Matters»PADDY SAYS THANKS
By CQN Magazine on 21st May 2016 Football Matters
PADDY ROBERTS has revealed he owes a debt of gratitude to Ronny Deila.
The 19-year-old winger was brought to Celtic from Manchester City in January in an 18-month loan deal thrashed out by the Norwegian.
Roberts took time off  from celebrating the club’s fifth successive title to seek out Deila, who flew back to his homeland immediately after the 7-0 win over Motherwell on Sunday.

He said: “I congratulated the manager and said thank you. He obviously brought me here and I wanted to repay him on the pitch and I feel I have done so. 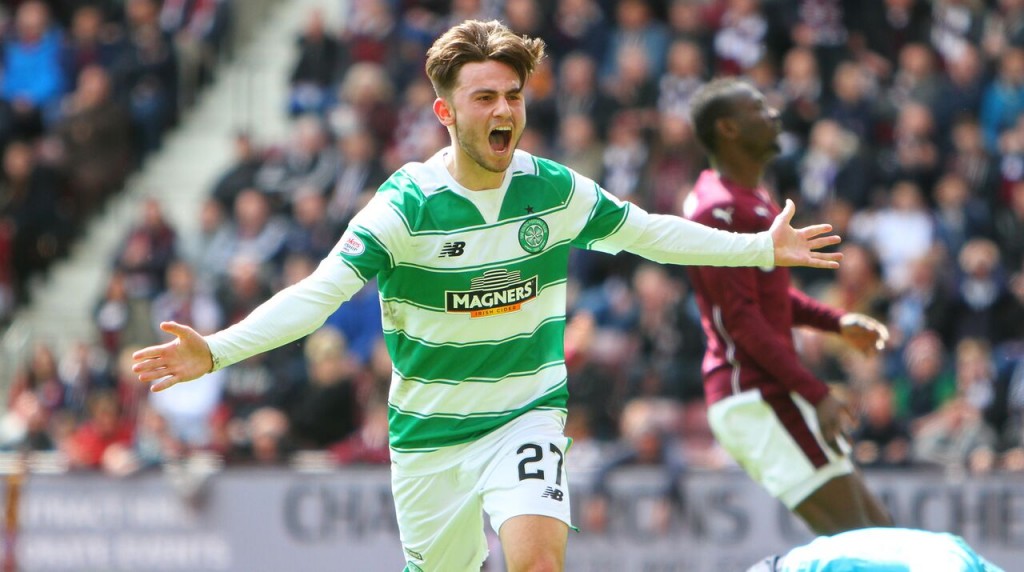 “I’m just happy and thankful that he brought me here.
“My mum, dad, brother and sister were all up for the game and it was good to share it with them.
“It’s my first title and, hopefully, it’s the first of many.”
Roberts, who scored six goals in 14 appearances, admitted he was also impressed by Jack Aitchison who became the youngest player in the club’s history at the age of 16 years and 71 days.
He came on late in the game and netted the seventh goal.
The England Under-20 international added: “To see Jack score with his first touch was incredible. He will enjoy that and look forward to next season.
“It’s very special and I congratulated him after the goal and, hopefully, he has bright future.

“On Sunday, the atmosphere was fantastic. All the fans looked really excited and I can’t wait for next season.”

We can’t wait to see how Paddy Roberts develops under the guidance of new Celtic manager Brendan Rodgers.
* Roberts was talking to the Celtic View, on sale now.