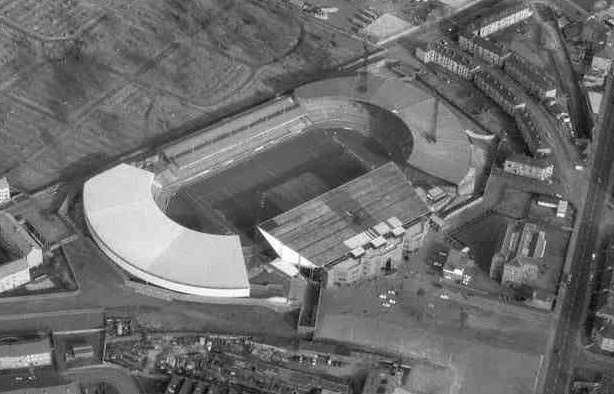 The scene above is of Celtic Park in the 1990s, with the stadium and surrounding area pretty much as they were when Fergus McCann, you, me and 10,000 others stepped forward to buy the club. Improvements had been made on a decade earlier: the Celtic End roof ran to the front of the terrace, while you would walk around the east side of the stadium.

No one has ever satisfactorily explained to me how Fergus was able to decamp for a year, buy footballers and erect a 60,000 seater stadium after raising less than £20m capital, but when he left the stage 17 years ago next month, we had a facility appropriate for the times.

The east end of Glasgow has seen many economically poor decades – over a century’s worth, in fact. The area was built to cater for dirty industries and house workers and their families in as little space as possible. Poverty, social diseases and dreadful mortality rates have blighted the place ever since.  As a consequence, housing and industrial land was cheap, and people prepared to plough money into the area were scarce when Peter Lawwell arrived the club started to acquire land around its footprint. The chief executive has always had a plan to move the club beyond its confines, in many ways. Celtic Park was going to be a visitor attraction all year round.

The long-disused London Road School (the large building to the right of the photo above) had a stone outer wall, but in all practical ways it was an unusable eyesore. Metal had been stripped from the outer and inners walls by thieves, the building was not watertight and vegetation had taken root high up the walls.

Celtic wanted to rip it down and develop the area, but the same forces which will prohibit you from parking within one kilometre from the stadium on match days from next season, denied the club permission. They only changed their mind when it became clear that the Queen would have to approach the stadium for the Commonwealth Games alongside the crumbling school.

If it wasn’t for one visit by the Queen, none of what subsequently happened in the area would have been possible.

Now Celtic plan to build a hotel, retail facilities and the long-awaited club museum (below) in the area to the south west of the stadium. The money and necessary partnerships are in place. 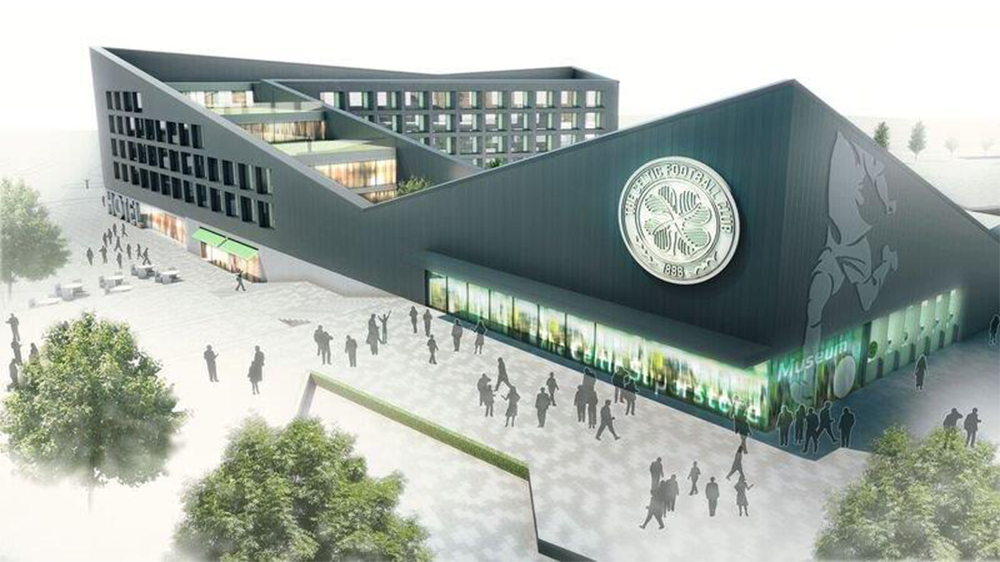 Don’t assume that the Council will welcome what is a stunning improvement to an enormously neglected area of their city. CQN’er, the late Councillor George Ryan, told me an SNP opponent at the Council objected to planning permission for the Celtic Superstore as it would have a negative economic impact in neighbouring supermarkets. You will deal with parking chaos next season for a reason.

The economic impact of Celtic on the east end of Glasgow for the decades ahead will be significant. Parkhead will morph from being a derelict scheme to being the site of a tourist attraction within one generation.

The community who laboured to level the ground to build the first Celtic Park on the site could never have imagined the process they were setting underway.

Well done to all, we can be very proud of the legacy we will leave future generations.