SCOTT BROWN presented the impressive Jeremie Frimpong with his Man-of-the-Match award following the 4-0 hammering of Livingston at Parkhead yesterday.

The 18-year-old Dutch right-back dazzled again with his adventurous and exhaustive bursts up and down the wing day as he ripped the visitors left flank to shreds.

The Hoops skipper, however, was NOT entirely satisfied with the former Manchester City kid’s display and called it as he spoke to Celtic TV after the result that stretched the eight-in-a-row champions’ lead at the Premiership pinnacle to three points.

Brown praised the Amsterdam-born player, but couldn’t resist to crack a joke as he described the defender’s shooting as “pathetic”. 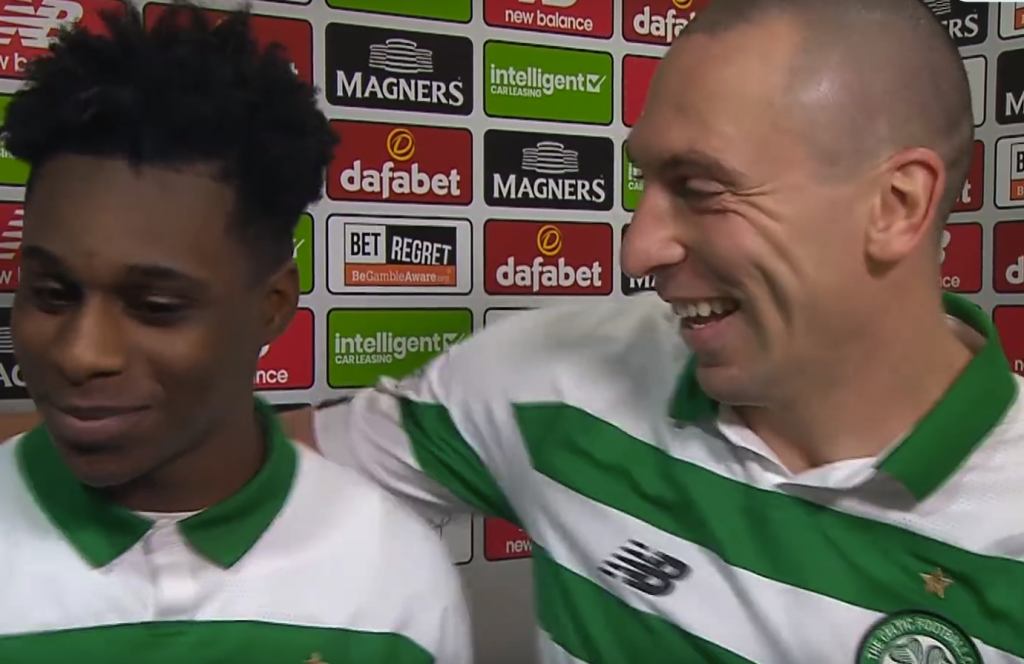 HAPPY DAZE…Brown laughs as Frimpong digests what he has just heard. 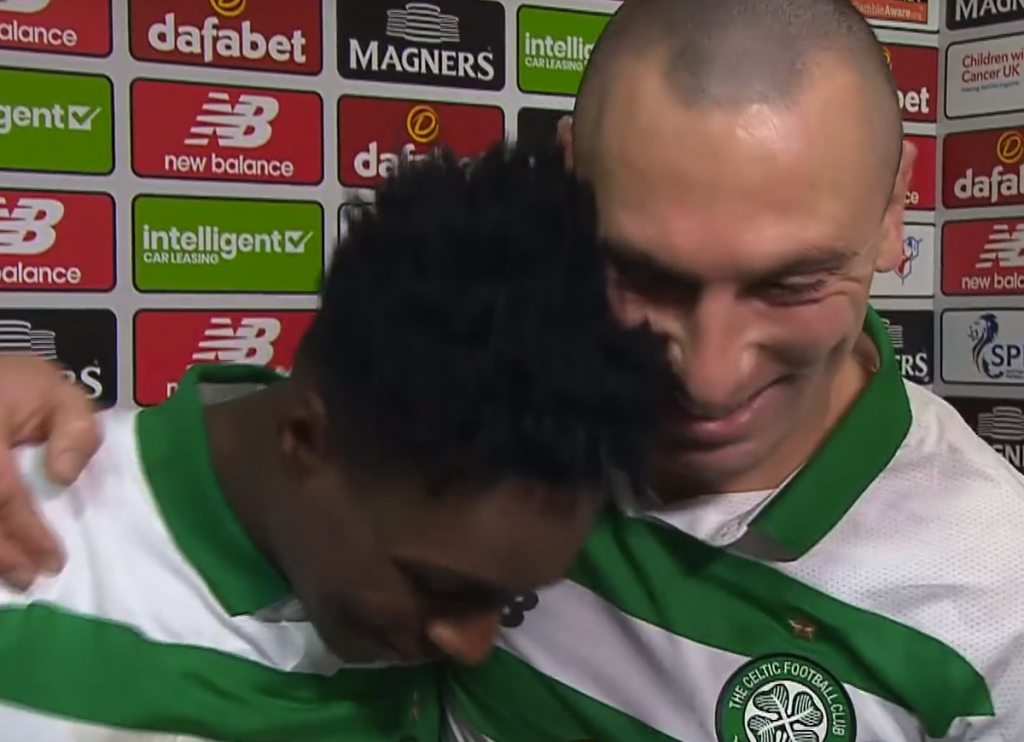 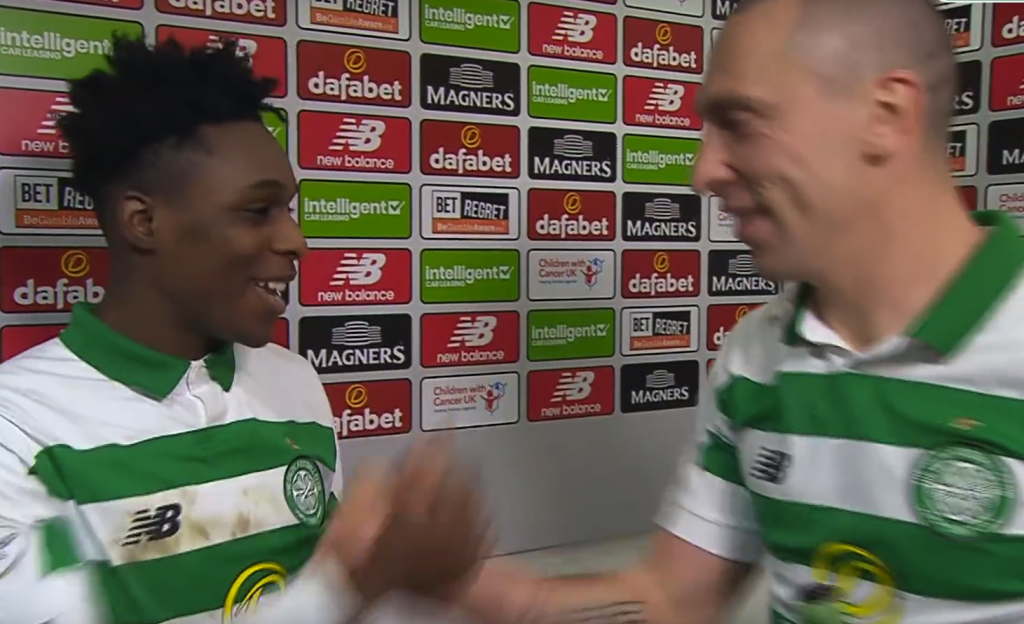 SHAKE ON IT, PAL…Frimpong and Brown complete the interview. Images: Celtic TV.

Frimpong burst out laughing in the middle of the interview as the Hoops midfielder maintained a straight face before handing over the champagne.

Brown said: “Yeah he’s been fantastic since he’s came in. All the lads buzz off him in the changing room, as well.

“He’s a great wee lad, but his shooting is pathetic.

“But everything else about his game has been incredible. The energy he brings, the pace going down the line is brilliant and his composure for being so young.”

Goals from Odsonne Edouard, Brown and James Forrest, with a double, handed the team revenge for their 2-0 setback against Gary Holt’s outfit in West Lothian last month.