The former Hoops goal hero was seething after the disgraceful showing that has ended the club’s hope of playing in Europe after the turn of the year – unless there is a miracle around the corner.

Sutton could hardly believe what he was witnessing as Neil Lennon’s men flopped to their second-worst home European defeat since Paris Saint-Germain – with £200million Brazilian Neymar leading the attack – triumphed 5-0 in 2017.

The one-time England international, now a top media pundit, accused the players of “chucking it” against a team that was without seven first-team regulars due to coronavirus issues and who had lost their previous section matches to AC Milan (3-0) and Lille (4-1).

Sutton, speaking to the Daily Record, said: “That was one of the most gutless displays I’ve ever seen from a Celtic team with what was at stake.

“I know Celtic fans are saying ‘Europe doesn’t matter this year’. I’m sorry, it absolutely does. You play for Celtic, you want to compete in Europe.

MOMENT OF HOPE…Leigh Griffiths fires in a goal after coming on as a sub. 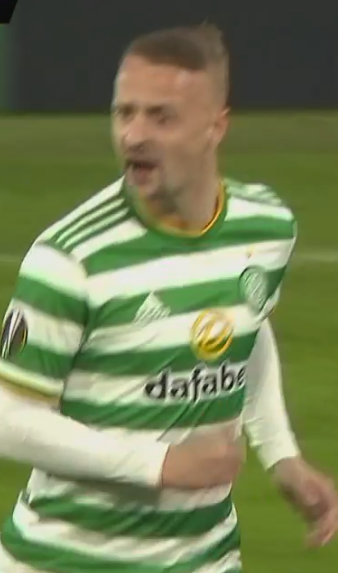 IN WITH A SHOUT…Leigh Griffiths has a word with his team-mates.

“He sums up the Celtic dressing room at this moment in time. I think they chucked it.

“They were patchy in the first-half, had a little spell in the first half where they were okay, but that wasn’t enough in the end.

“The knock-on effect, Neil Lennon will find himself under pressure. You can’t get humiliated like this, from a team – with the greatest of respect – is a good team, but a team Celtic, the board, the manager, the players would expect to beat.

“That, quite frankly, isn’t good enough. There’s a way to lose the game. Teams feel they can get at Celtic and this Sparta Prague team absolutely battered them.”

Sutton added: “Pathetic. Pathetic. I haven’t seen a display like that in a long time. It was bad enough against Rangers, but this was a step down, if at all possible. 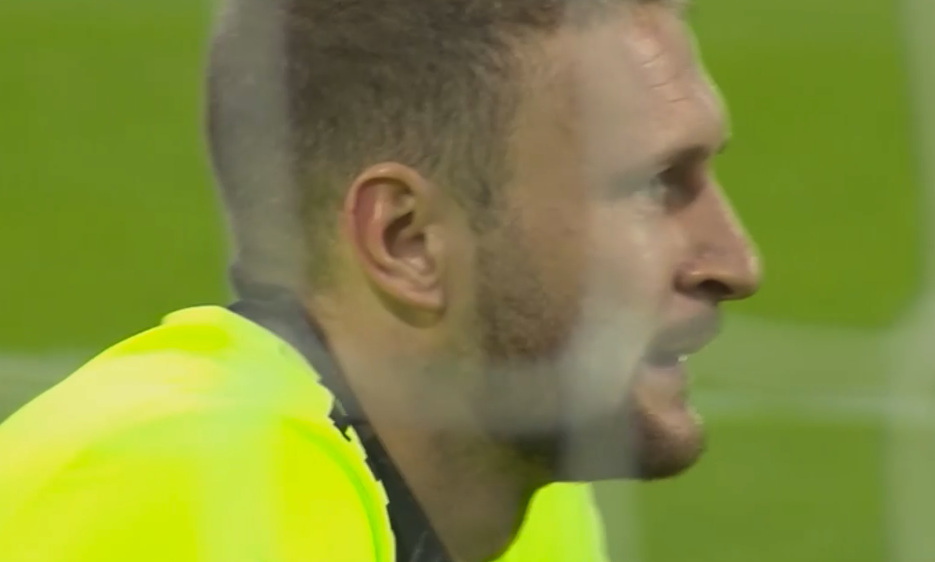 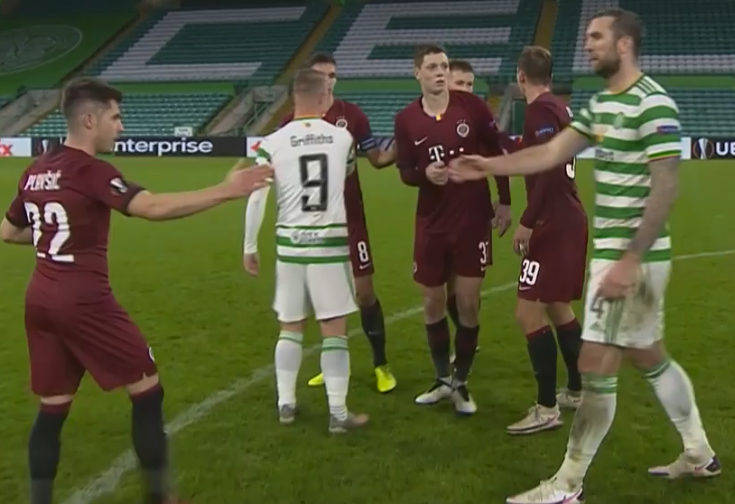 THE BITTER END…Leigh Griffiths and Shane Duffy sportingly shake hands with the victors.

“Let’s look at the season as a whole, I’ve seen players say they have taken undeserved criticism. Go out and prove it on the pitch. In Lille they did it, they played well at the weekend against Aberdeen, but it’s been few and far between.

“They let themselves down badly on this occasion. They know that. That is totally, totally unacceptable tonight. Neil Lennon will know it, but, ultimately, he carries the can.

“This is the type of result that is going to cause Neil Lennon a real problem, and I don’t say that lightly.”

The champions, bidding for a historic tenth successive championship, face Motherwell at Fir Park on Sunday and they know they cannot afford another sloppy performance.

They go into the confrontation nine points adrift of Steven Gerrard’s side, although they have two games in hand.

Clearly, it is a MUST-WIN game for Scotland title kings in the High Noon showdown with Stephen Robinson’s side.