PATRYK KLIMALA has proved he is fit and rarin’ to go to lead the Celtic line against Steven Gerrard’s Ibrox outfit at Parkhead on Saturday.

The energetic striker played 83 minutes of Poland’s Under-21s’ 1-1 draw with Bulgaria last night and claimed an assist for his nation’s goal.

Neil Lennon is assessing his options at the moment with concerns over Odsonne Edouard and Albian Ajeti while he also has Leigh Griffiths, who scored the breakthrough goal in the 2-0 win over St Johnstone on his first appearance of the season 10 days’ ago.

Klimala has turned out 10 times for the champions this season – nine as substitute – and has claimed three goals.

The 22-year-old highlighted his aggression in Perth when he was clattered by a Saints defender, but still managed to get back to his feet and carry on before slamming the stoppage-time second goal past the helpless Zander Clark. 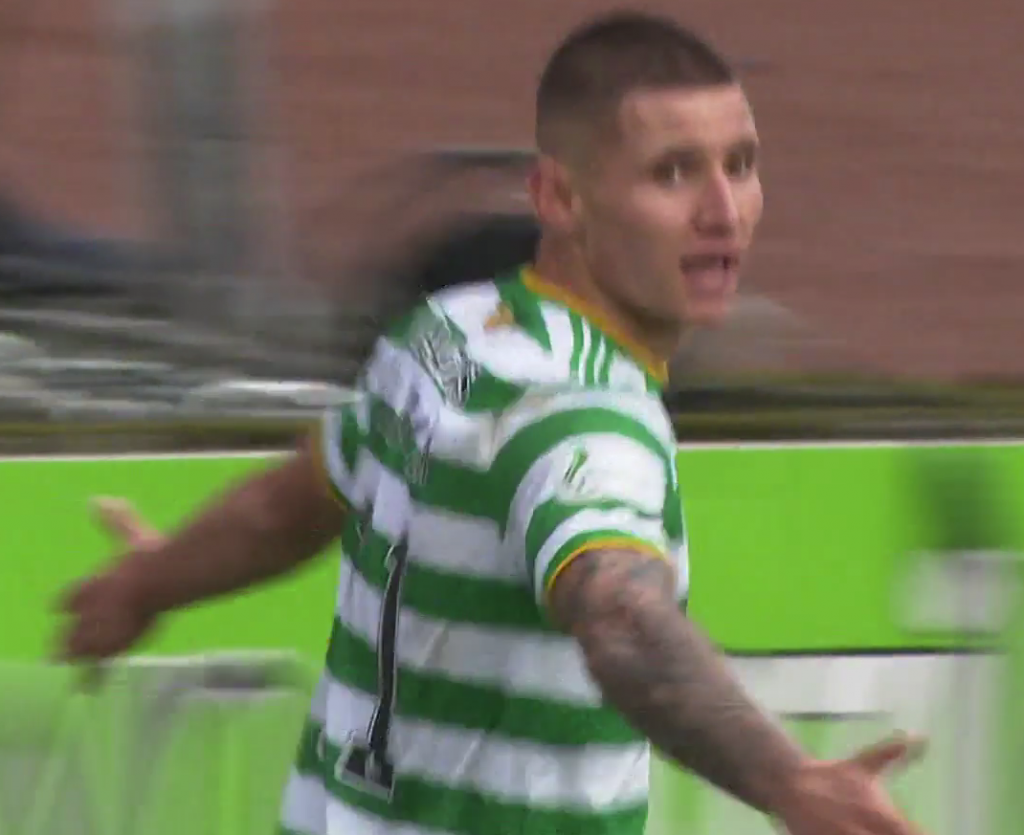 That attitude and power is likely to be vital at the weekend in a confrontation where Lennon knows the country’s title kings can go on top of the Premiership with a win. They could have a two-point advantage and a game in hand if they don’t slip up.

Klimala looked lively against the Bulgarians and was unlucky not to score with a shot that crashed against the crossbar with the rebound falling kindly for his former Jagiellonia Bialystok team-mate Bartosz Bida, according to a report in the Daily Record.

That should at least win the youngster a place on the substitutes’ bench.

Edouard, the team’s talisman, proved positive in a coronavirus test while with the France Under-21 squad. He has been in quarantine in Paris, but is expected back in Scotland on Friday.

Swiss international frontman Ajeti, who has claimed five strikes since his £5million arrival from West Ham in the summer, injured a hamstring when he netted the second goal in the 3-0 win over Hibs in Glasgow last month.

He has missed the last two matches against Sarajevo in Bosnia and St Johnstone and it could be a touch-and-go situation for boss Lennon.