Celtic Quick News on News Now
You are at:Home»Lions & Legends»PAUL WILSON – FROM BANGALORE TO BARROWFIELD
By CQN Magazine on 20th September 2017 Lions & Legends

The Quality Street Gang were mentored by the greatest football team Scotland has ever produced. The result was a group of audacious young prospects who even threatened for a spell to emulate their trailblazing predecessors. The Lisbon Lions cultivated their underlings on the Barrowfield training ground, and passed on their torch with the firm belief that their successors could continue their own legendary forays into the latter stages of European football’s most prestigious tournament for years to come.

As it happened, Celtic may have gone on to win nine successive league titles between 1966 and 1974, but they never did reclaim the honour of 1967 by bringing the European Cup back to Scottish shores again. If only the Quality Street Kids – as they had been christened by the Scottish press – had all hit their peak together, then there is little doubt that Jock Stein’s side would have lifted that glorious prize more than once.

“We got the best of them,” asserted Sean Fallon when I spoke to him in 2010 about Celtic’s seemingly never-ending ’60s and ’70s conveyor belt of talent. “The Quality Street Kids? Jeez, they were some boys. They were a magnificent reserve team who won everything they played in.”

“Jock Stein was well aware that there were great boys coming through, and that they were up to the standard of the guys who were already in the first-team. There were players in that reserve side, who were capable of walking into the first-team. Some of the Lisbon Lions were getting older, but we had to hold the youngsters back a little bit. The crop of young players we had at Celtic Park at that time was unbelievable.” 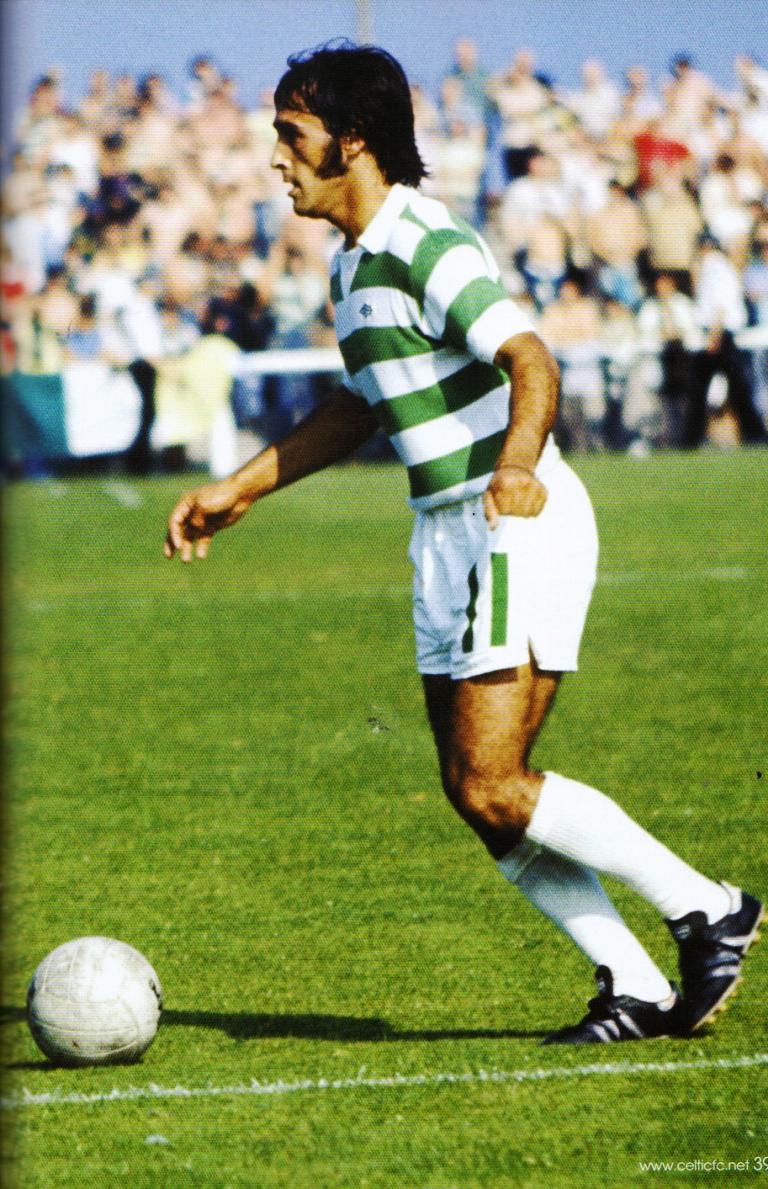 Sean Fallon certainly had a penchant for discovering young talent. He worked tirelessly with the club’s scouting network in identifying and signing a procession of prodigious Scottish players, who would thereafter be indoctrinated into the Celtic way under the tutelage of Jock Stein.

Yet, despite their undoubted wealth of talent, only half-a-dozen of the fabled Quality Street Kids really made the grade at Celtic Park. The domestic and international successes of Kenny Dalglish, Danny McGrain, Lou Macari and Davie Hay have all been voluminously documented. And football fans of a certain vintage still rhapsodise about the great George Connelly, who walked away from the game at a lamentably young age.

Another player, who can undoubtedly take his place amongst the Quality Street elite, is Paul Wilson, who this week passed away at the age of 66.

“I came from Drumchapel,” explained Paul when I spoke to him during the writing of The Quality Street Gang in 2010. “Quite a few of the players who went on to become known as The Quality Street Kids at Celtic used to play against each other as schoolboys.

“There were a few English clubs showing an interest in me early on, and West Brom wanted me to go down there. However, my father was a big influence on me at that time and he wanted me play for Celtic, and that’s where I went.

“We trained on a Tuesday and Thursday night up at Celtic Park. There were quite a few guys who were involved in coaching us – people like John Higgins and Alec Boden – but Sean Fallon was the main figure who looked after us, and he was excellent for all the young players at that time. Sean was more involved with the youngsters, and Big Jock was most definitely in charge of the first-team.

“I do recall that Jim Holton was training with us for a few months. Celtic didn’t take him on and he eventually went down south to enjoy a very successful career, most notably with Manchester United. That example just shows you that if you were lucky enough to be kept on at Parkhead during that time then you were doing alright.

“I was never a big lad when I was younger and Jock farmed Danny McGrain and I out to play with Maryhill. He used to do that to toughen the young players up. The guys we were up against were monsters, and there was no doubt that junior football was a tough experience for us all.

“The group of youngsters who were all coming through at Celtic Park at that time were a smashing team. Jock Stein had it well sussed out. We were set up exactly like the first-team, and if one player dropped out we had someone who could step right in to do exactly the same job. The only trouble was that we were too good to be playing reserve football, and we needed more first-team practice.

“Jock Stein was different class with us. There were so many talented players coming through that some of them had to go elsewhere in order to play first-team football. To be fair to the boss, if another side came in for one of the youngsters who didn‘t look like making the breakthrough, he would help them as much as he could.

“Jimmy Johnstone, Bertie Auld, Bobby Lennox… They were out of this world. Apart from being great players, they were also great with the young boys, and when we broke into the first-team they treated us like part of the family.

“When I look back, I realise that The Quality Street Gang were a big part of what Jock Stein was planning, and it was such a shame that our team broke up before we hit our peak. If we had been held together then I honestly believe that we would have carried on and done as well as the European Cup-winning team. That was one of the biggest disappointments in my life – that we didn’t get the opportunity to take that team further.”

With his flowing dark locks and stylish sideburns complimenting his complexion, there was no doubt that Paul Wilson looked every inch the Celtic poster boy in the quintessentially ‘70s Celtic kit, with its floppy collar presiding over those resplendent, untarnished green-and-white hoops. The fact that his skin tone (inherited from his Dutch/Portuguese mother) made him the target of despicable racial abuse from Scottish terraces is to the eternal shame of our national game.

Paul Wilson’s somewhat unorthodox journey – from Bangalore to Barrowfield – was rockier than that trodden by many of his contemporaries, and even his finest moment only arrived after he had endured the personal tragedy of losing his beloved mother just days before the 1975 Scottish Cup final.

In what would be regarded as Wilson’s vintage campaign, Celtic surrendered the league title for the first time in a decade. The club did progress to four Hampden cup finals in 1974/75, however, and Paul Wilson netted in all of them, as he scored six times to cement his name into the record books.

Paul Wilson could be considered as something of an unsung hero of the wider Quality Street Gang, but his Celtic career spanned more than ten years, during which time he participated in six league-winning campaigns, won one League Cup, two Scottish Cups and a full Scottish international cap.

Perhaps it was because Paul lost his father at a young age that Jock Stein thought it necessary to take him under his wing. There is no doubt that the often-unforgiving task-master turned a blind eye to some of his young winger’s antics (on occasion, Wilson enjoyed a fly smoke up the back of the team bus). Stein also arranged for Wilson to attend the Beechwood Restaurant for his dinner after training to save his mother the cost of feeding another mouth in the fatherless household.

Popular with his team-mates (Kenny Dalglish named his son after him) Paul Wilson – unlike several of his peers – was never moved out of Celtic Park by Jock Stein. He eventually left the club when new boss Billy McNeill made it clear that he wasn’t part of his plans after taking over in 1978.

Wilson thereafter had spells at Motherwell and Partick Thistle but by then his troublesome ankle wasn’t up to the rigours of full-time football, and he retired before attaining the age of 30. He started pulling pints at the Derby Inn in Bellshill, and after a year out of the game, Jimmy Johnstone convinced him to return to the junior ranks, this time with Blantyre Celtic.

During one otherwise forgettable match on the black ash of Craighead Park, Wilson got a wave from a familiar figure in the sparse crowd. During the rough-and-tumble of a nondescript junior match, he realised that his old boss, Jock Stein, still had a soft spot for him, as the then Scotland manager gazed on intently from the terracing.

Written by Paul Dykes, author of The Quality Street Gang.