ANGE POSTECOGLOU stopped the rot at Pittodrie on Sunday October 3 2021 with Celtic’s first away domestic victory since February 14.

And the Greek-Australian gaffer managed the feat at the venue that proved to be a successful launching pad for previous managers Billy McNeill in 1978 and Ronny Deila in 2014.

In an EXCLUSIVE three-parter, CQN has already detailed these landmark encounters that became turning points on the way to Celtic claiming two of their 51 championships in their history. 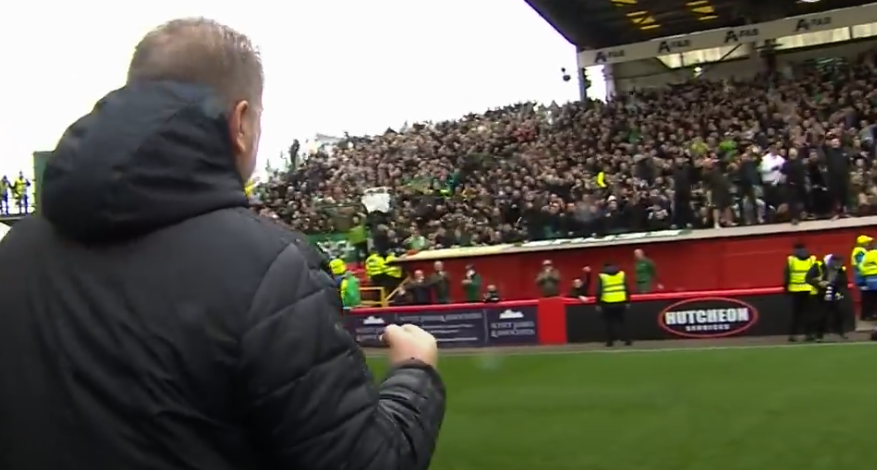 FAN-TASTIC…Ange Postecoglou goes across to greet the Celtic support after a crucial away triumph. 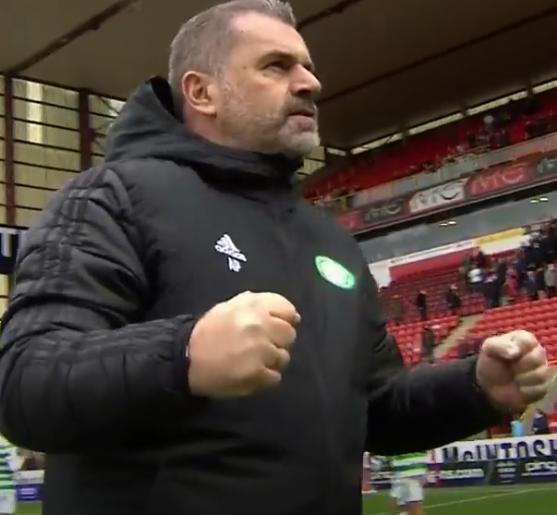 Author Alex Gordon, whose latest book on the club, ’50 Flags Plus One,’ is out now, has opened his files once again for CQN readers.

Postecoglou joined his celebrating players after Filip Jota had rattled in the points-clincher against Stephen Glass’ side with only six minutes remaining on Sunday.

It was a genuine show of affection and emotion from Neil Lennon’s successor and it was clear how much the success meant to him on a personal level as he stood in front of the away support.

Afterwards, he said: “It was pleasing. Everyone is well aware of our struggles away from home going into last year. 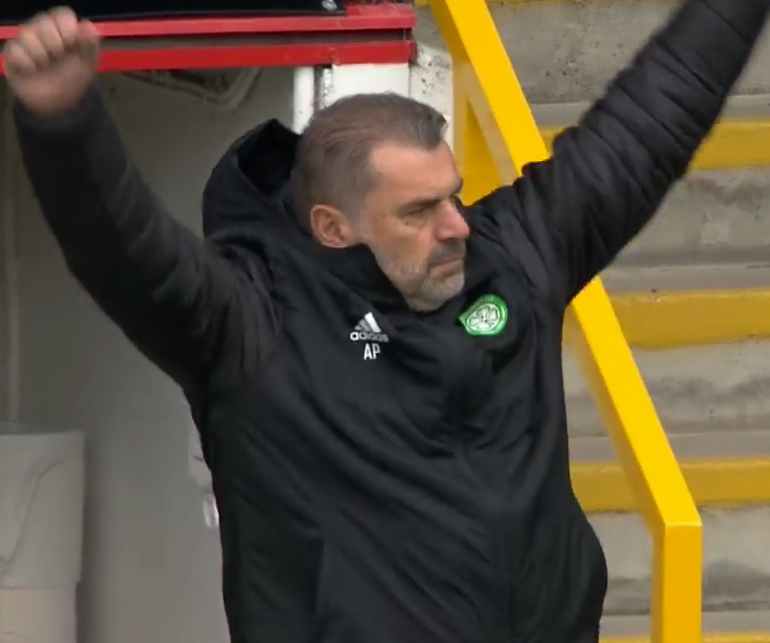 Speaking about the supporters, Postecoglou added: “We haven’t really rewarded them, particularly away from home. I’m pleased for our fans that they enjoyed the trip up here and they will enjoy the trip home.