Celtic Quick News on News Now
You are at:Home»Latest News»PLAN B: CARRY ON, CELTIC
By CQN Magazine on 5th April 2022 Latest News

THE Celtic B team will remain in the Lowland League following the majority of clubs voting in favour to continue in the fifth tier of Scottish football.

The reserve side – along with their Ibrox counterparts – spent this campaign in the revamped set-up after what was billed a pilot scheme to develop young players and potentially benefit the Scotland international team in the future.

Despite some opposition, clubs have voted for participation to continue for the 2022/23 term as “guest clubs”.

Once again, they will not be allowed to be permitted to be promoted or relegated in line with similar set-ups across Europe.

Tommy McIntyre’s Celts had amassed 67 points after 31 games with the next encounter at home against Civil Service Strollers on Saturday with a 5.30pm kick-off. They are currently second to pacesetters Bonyrigg Rose who have 83 points following 32 outings. 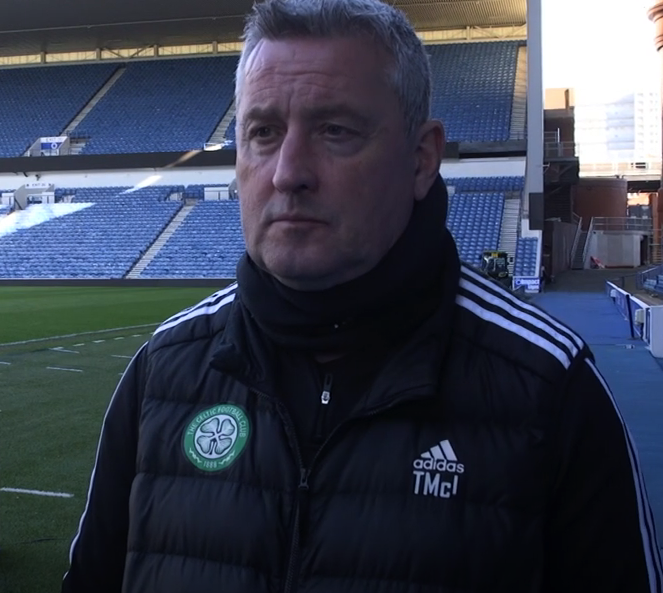 I’M IN CHARGE…Tommy McIntyre has been the Celtic B team in the Lowland League.

A full statement read: “The member clubs of the Scottish Lowland Football League tonight voted on the potential inclusion of guest clubs for season 2022/23.

“A comfortable majority of 11-4 indicated a preference for their involvement, having taken two weeks to weigh up a presentation on the topic.

“While conscious it is, understandably, a divisive and emotive subject, the overriding feeling is their presence has been of benefit in a commercial sense while there are promising early indications of young, emerging Scottish talents benefiting from early exposure to senior football in a competitive environment.

“It is important to note that guest clubs will not be eligible for promotion. Nor will they hamper the ability of clubs to be promoted to or relegated from the Lowland League.

“This has been a democratic process, with conversation and debate encouraged before any outcome was established.

“The board of the SLFL, and member clubs, remain committed to making a positive impact within our communities and Scottish football as a whole, and will maintain an open mind to any initiatives that support those aims.”