Celtic Quick News on News Now
You are at:Home»Latest News»PLAY ME – OR ELSE, CELTS WARNED
By CQN Magazine on 30th March 2021 Latest News

CONOR HAZARD has told Celtic he wants to be No,1 in the new season – or he could be heading for the exit.

The Northern Ireland international keeper agreed a new two-year deal last month after his shoot-out heroics in the Scottish Cup Final triumph over Hearts at Hampden five days before Christmas.

Hazard, 23, made his first-team debut in the 3-2 win over Lille in the Europa League in December after the axe finally fell on £4.5million flop Vasilis Barkas.

Neil Lennon restored the Greek to the top spot for the Ibrox showdown on January 2, but the Irishman returned against Hibs and Livingston in the aftermath of the ill-fated Dubai trip where 13 Celts were forced to self-isolate, including Barkas and Scott Bain, who is currently the man in charge of the gloves.

Hazard, who started in his country’s 2-1 defeat against the USA at the weekend, said: “It has been a rollercoaster of a season for me. I wasn’t involved at the start, but I wasn’t able to go anywhere and everything was up in the air. 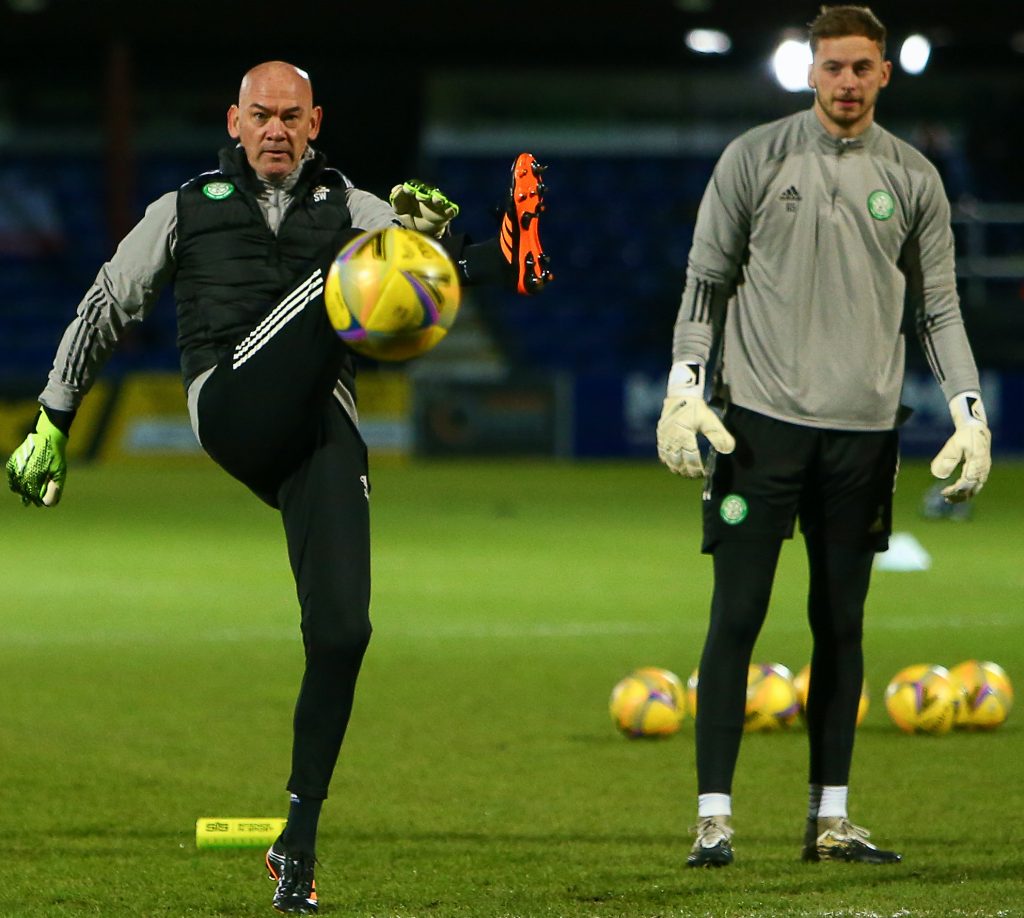 “Then I got an opportunity in the Europa League and I have to hold my hands up and thank Stevie Woods and Neil Lennon for giving me that opportunity and then trusting me in the Cup Final.

“It was a big, big game and a huge opportunity for me. Then I was out of the team due to other factors and have now signed a new deal, so, hopefully, that’s a good step moving forward.”

Hazard, speaking to the Daily Record, added: “My main focus is I have to get game time. That has to be one of the non-negotiables now if I’m going to take the next step in my career.

“With Celtic the main aim is to be number one and I’ll go back and do everything I can to nail that down.

“If that doesn’t work, then I’ll look at the options.

“It’s in my personality to keep going until I get what I want. I have self-belief and I think I’m proving that with every opportunity I get. I’ve played seven games and have four clean sheets and unbeaten in seven.

“It’s been a long season for everyone at the club. There’s the disappointment of not winning the league and sealing that 10 in a row, but we have to bounce back and move forward.

“There’s still a big Cup to play for and that’s what we are putting our minds to now.”