Celtic Quick News on News Now
You are at:Home»Football Matters»‘PLAY TO THE FINAL WHISTLE’ LISBON LION TELLS CELTIC
By CQN Magazine on 18th September 2015 Football Matters
TOMMY GEMMELL last night admitted he is puzzled by the late loss of goals that are costing Celtic so dearly this season.
The Lisbon Lion watched Ajax snatched a goal six minutes from time to give them a 2-2 draw in the Europa League opener in Amsterdam.
And it’s the FOURTH time in the last eight games the Hoops rearguard have surrendered a vital goal in the last 10 minutes of a game.
Kilmarnock took two points off Ronny Deila’s side when Kallum Higginbotham netted with a penalty-kick a minute from the end at Rugby Park on August 12.
The SPFL champions led twice in the game with goals from Leigh Griffiths and Nir Bitton, but the struggling Ayrshire outfit still managed to gain a draw.
A week later, loan flop Jo Inge Berget lashed the ball past Craig Gordon with virtually the last kick of the ball to cut Celtic’s lead to only 3-2 in the first leg of their crucial Champions League qualifier in Glasgow. 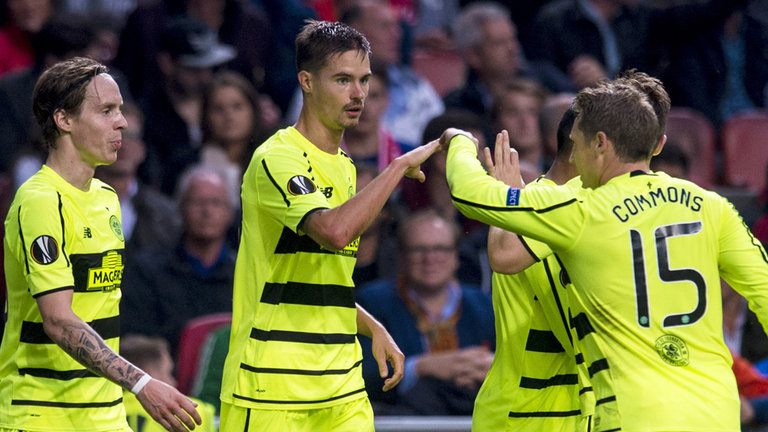 The effort dragged Malmo back into the tie after looking dead and buried at Parkhead following the loss of two early goals to Griffiths and Bitton.
The Swedes won 2-0 in the return to kill off Ronny Deila’s dreams of reaching the money-spinning group stages.
Only four minutes remained at Pittodrie on Saturday when Aberdeen grabbed their winner through Paul Quinn after the defence made a hash of attempting to clear a free-kick.
And it was Lasse Schone’s turn to pile on the last misery last night when he scored with his freakish free-kick to give the Dutch outfit a 2-2 stalemate and prevent a famous Hoops victory in the Dutch capital.
Gemmell said: “In my day, it was Celtic who got the goals in the fading moments.
“I laughed when people said we were lucky. That was all down to determination to succeed and also because, under Jock Stein, we were a superfit team.
“He also installed in us a belief we would score even if we were a goal down and the referee was putting the whistle to his lips.
“It was never over until the last shrill and then – and only then – did we accept our fate.
“Back then, teams knew what to expect against us. We would go flat-out for the entire 90 minutes or 120 minutes if extra-time came into play.
“And, of course, we did get some vitally important goals in the dying moments of games on our way to nine championships in a row.
“There was one from Bobby Lennox against Morton at Parkhead in season 1967/68 that practically assured Celtic of their third title on the bounce. If he hadn’t scored in the last few seconds, there is every liklihood to flag would have gone to Rangers and there would have been no historic feat for the club. 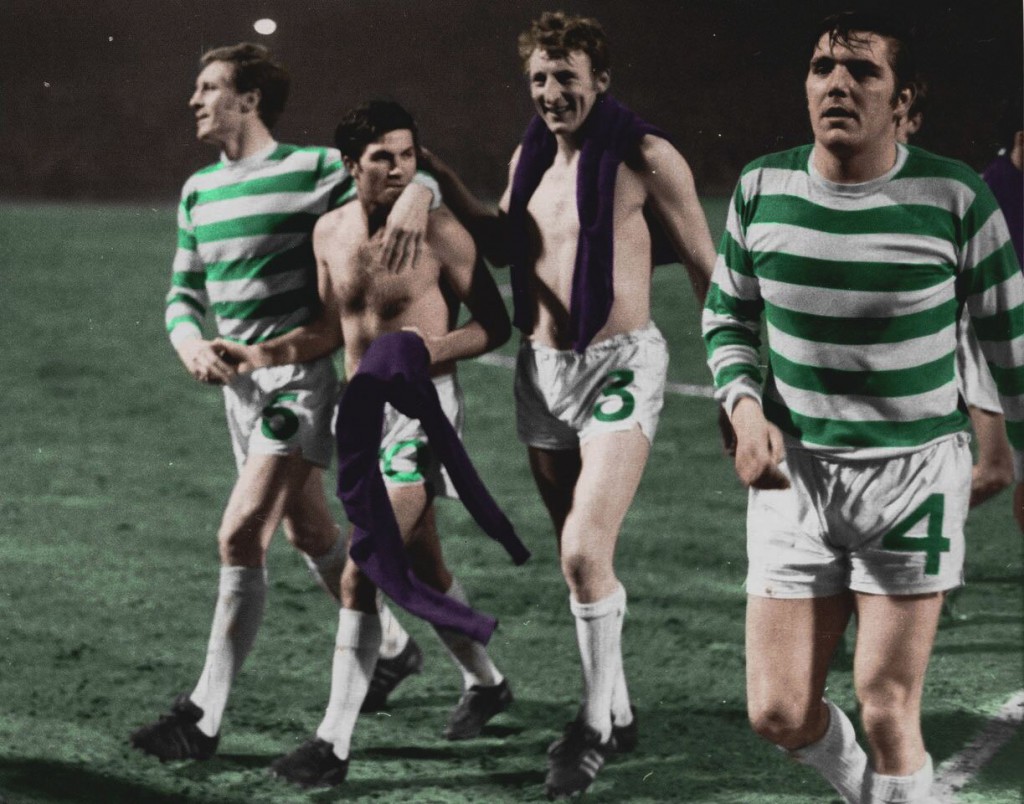 “Rangers, remarkably, had only two games to go in the race for the championship and had been unbeaten in the league all season. We had lost only one – to them at Ibrox at the start of the campaign.
“They played Kilmarnock at Rugby Park on the day we faced the Cappielow side in Glasgow. We were running late and we realised the Ibrox side had won 2-1 in their game.
“It was 1-1 with mere seconds to go and the referee looking at his watch when there was a bit of panic in the Morton penalty box and Wee Lennox, that prince of goal thieves, emerged from nowhere to stick the ball in the net.
“That handed us the initiative once more and we had a day off on the Saturday when Rangers played Aberdeen in their last game of the term.
“Amazingly, they lost 3-2 and that meant our final game against Dunfermline at East End Park was, by and large, meaningless.
“Try telling that to Big Jock. The Fifers had just won the Scottish Cup on the Saturday – overcoming Hearts 3-1 – and they wanted to beat the champions to complete a fabulous end-of-season double.
“We triumphed 2-1 with Wee Lennox on target twice again, but if it hadn’t been for that goal against Morton there might not have been nine in a row.
“So, we knew the importance of playing right until that final whistle. Today’s Celtic will have to learn to do the same.”
Earlier in the week Tommy recalled on CQN his own experience of playing for Celtic against Ajax in Amsterdam. that night Celtic didn’t lose a late goal, they lost THREE! 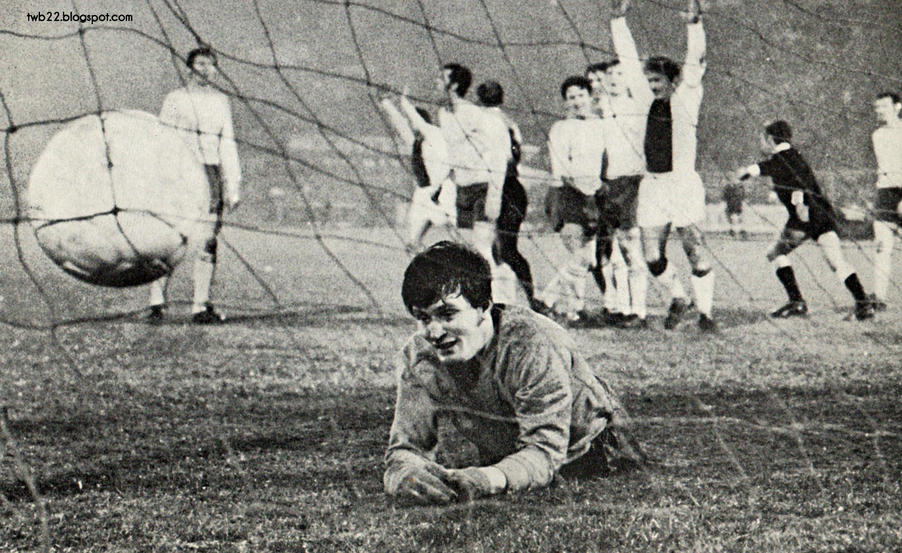