The Dutch defender checked in with the rest of the Celtic squad at Glasgow Airport earlier today for the flight to Sweden after the Hoops dismissed daft reports that he would miss the game ahead of a move to Southampton.

Collins denied any transfer deal was in place for the 24-year-old to leave Parkhead before the transfer window closes.

As the Hoops prepare to defend their 3-2 advantage, the assistant boss said: “It’s water off a duck’s back. It’s what happens when you’re a good player, there is always speculation.

“He is 100 per cent ready to play. I thought he was terrific for us last week in the first leg and I have no doubt he will be terrific again tomorrow night, as well.

“I’m hopeful he will be here long term. The most important thing is he is going to be ready. He is a huge player for us.”
Mikael Lustig remains a doubt after sustaining a hamstring strain in the first leg. 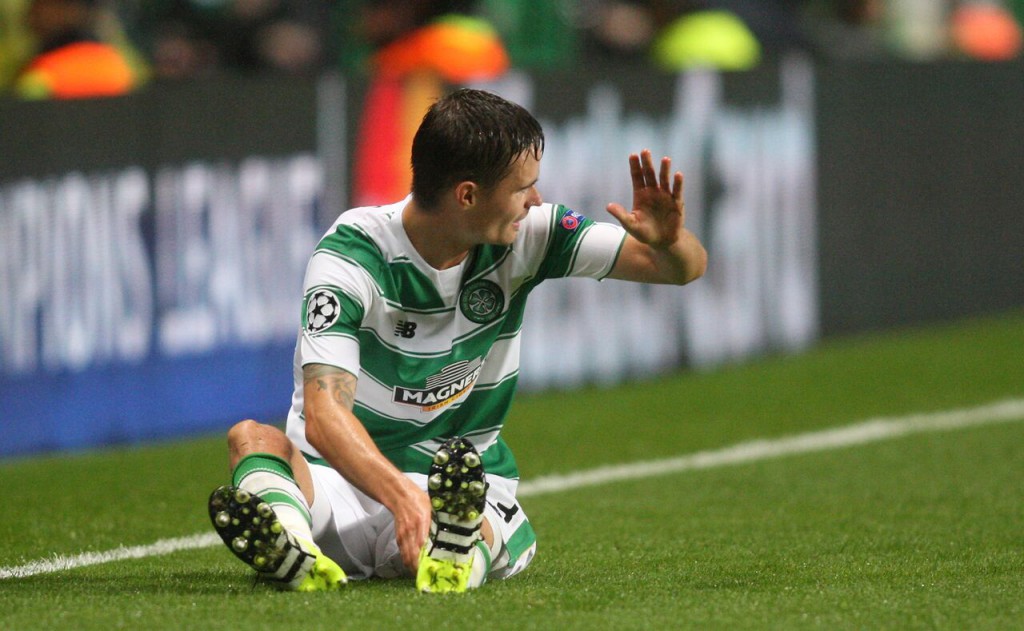 Collins added: “He has made a lot of progress in the last few days and obviously we will give him right up to the last minute to see if he can make it. It’s safe to say he is maybe 50-50.”

Ronny Deila’s No.2 also dismissed any fitness concerns over Stuart Armstrong and Nir Bitton and brushed off some of the comments emanating from the opposition since the first leg.
Malmo boss Age Hariede claimed Celtic were not fit enough while some of their players branded the Scottish champions in unfavourable terms including “pigs” and “children”.

Collins said: “It doesn’t bother me one little bit because it’s about performing on the pitch, preparing for the match.