ONE of the first things Liam Shaw should do when he checks in at Celtic in the summer is find another club.

That’s the view of former Sheffield Wednesday midfielder Carlton Palmer who has watched the progress of the youngster at Hillsborough.

Twenty-year-old Shaw, who can operate in midfield and central defence, will join up at Parkhead for the new season after agreeing a freedom of contract switch.

Palmer is an admitted admirer of the 6ft-plus youngster, but does NOT believe he is ready-made first-team material at the Hoops and reckons he should look for a loan move elsewhere in an effort to get some much-needed game time.

The one-time England international anchorman, speaking to Football Fancast, said: “Liam is going to struggle going to Celtic that age to play. 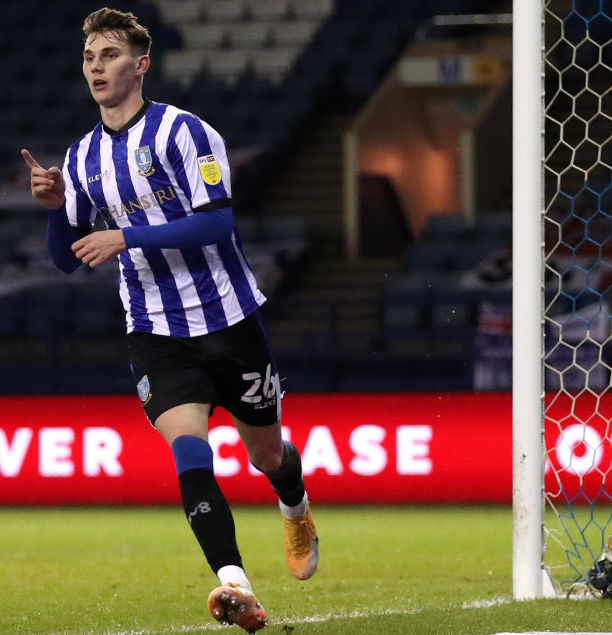 BACK OF THE NET…Liam Shaw celebrates a Sheffield Wednesday goal.

“He’ll probably end up going there and going out on loan. If I was Liam, I’d be wanting to get out on loan somewhere where it’s guaranteed that he’s going to play because you can do that.

“I’ve done it before where I’ve taken a player when I was manager at Stockport and the manager’s come to me and said: ‘Right, listen, I’ll let the player come, but he’s got to play’.

“It’s a bit like David Beckham when he went to Preston, that’s how they develop. They’ve got to play.”

Neil Lennon’s successor will have his own ideas about Shaw’s first season at Parkhead, but there is a chance the player’s height and strength could be utilised in the middle of the rearguard where the club faces problems.

Christopher Jullien is likely to be out until October with a knee injury while Kristoffer Ajer has been linked with a move elsewhere.